The Power of Women’s Sexuality. 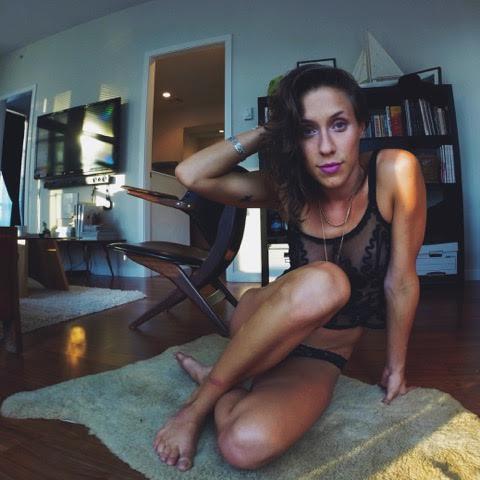 I don’t know much about advertising, but I know that countless hours have been dedicated to figuring out how best to mercilessly trigger us into purchasing all manner of useless things.

It’s doubtful an explanation is required for the phrase “sex sells” (a virtuous addition to the English language we can thank advertisers for) but for those who need, it refers to the prevalence of sex in advertising, or more specifically, the use of female sexuality to get our attention. It is the bikini models beside cars, cocktail waitresses in heels, and beer commercials.

And then we have the Insta-models, who suck our attention like a black hole, whether we click as haters or “like” as followers. The women we love to hate simultaneously because of their undeniable beauty on one hand, and their shameless willingness to objectify themselves on the other.

If revealing sexuality gets a girl insta-famous and is one of an advertiser’s go-to methods, it’s safe to reason there is a power present.

A power that belongs to women.

If it’s ours, why does it bother us to see it, or to use it?

Let objectification be revealed for what it really is: a limited perspective. If someone has chosen to limit their perspective of me, let them be ignorant. If I’m not perceived in my totality, I won’t be seen as a threat and I can operate undetected and un-thwarted.

I prefer to make the most of it. I understand I’m only being objectified in an attempt to diminish my power, which wouldn’t be necessary unless my power was threatening in the first place. I don’t let poor taste distract me from the real message: female sexuality is profoundly impactful. It is ours to elegantly curate and utilize as we see fit.

What if we chose to look on the issue from an elevated perspective? Instead of being bothered we choose to acknowledge that using sex in advertising is merely an attempt to borrow or steal from what women have at their disposal at all times. In truth, it’s a sad little piggy-back. Can’t sell enough razors? Why not jump on the back of some beautiful woman? She’s got the power to make you successful. And instead of allowing that insta-model’s sexy body snag our insecurities, we choose to realize that she’s only posting as a result of her own.

Surely there’s some way for us to benefit from our own power? Maybe that means doing a little more with it. I’m suggesting there’s a way to make our sexuality work for something more important than selling a product or feeding our egos.

When I “came out” on social media about having recovered from an eating disorder—bulimia—that I suffered from for 12 years, and about having left my high paying position in the Canadian oil sands for ethical reasons (we were destroying the environment), I coupled it with a sexy photograph of myself. The picture got reported (maybe by a well meaning aunt), raised more than a few eyebrows, and popped many a question mark into the minds of those in my circle of influence.

“Your story is all well and good Sylvie,” they said, “but what does that photo have to do with any of it?” My answer was simple: made you look. I didn’t make the rules about what grabs people’s attention, I simply utilized the method that been proven to work to spread my message.

What if an insta-model used pictures of her perfect ass to draw your clicks while advocating for animal rights in the text?

What if we coupled our sexiest pictures with our deepest messages?

What if we used the attention we get to bring awareness to things that actually matter—things we care deeply about?

What if beauty was no more than a vehicle to get us there?

We can’t stop sex in advertising, but we can have more integrity with how we use our own sexiness. Doing so would mean there is no reason to feel ashamed about our sexuality.

Let us be less consumed with wanting to look like something, and focus on actually being someone. Substance is what matters. The power of your sexuality is undeniable, the question is: What are you doing with it?

10 Ways to Become Sexually Empowered & Start Having Orgasms Like you Mean it. {Adult} 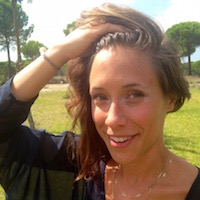