The Role of Privilege in Global Poverty. 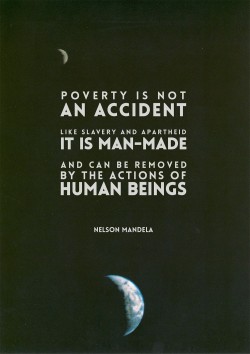 In our modern world, we have sufficient resources to feed and provide for 100 percent of the global population.

Yet, over 80 percent of the people on earth are living under the poverty line, and many are suffering from starvation—it’s mind-boggling.

Even though human kind has made tremendous progress on the technological level, there are more wars, diseases, pollution, poverty and environmental disasters than ever in recorded history.

Lately, there has been some focus on privilege in the United States and how it creates this inequality. Our collective society is currently experiencing an inner digression and degeneration from profound human values—most essentially, the ability to care for one another.

At this point a question seems appropriate: If most people on the planet are too busy trying to feed their families, find shelter and avoid being killed, then is it up to those who are “privileged” to make a difference? If so, how many of these “privileged” people are actually taking action?

While the World Bank is aiming to tackle extreme poverty by 2030, and wants everyone in the world to own a refrigerator, In my opinion this is not enough.

Awareness brought into this area may become the catalyst that dissolves all the stagnant stereotypes and unhealthy power dynamics which contribute to this problem. What remains is the knowing within each conscious individual of what they can contribute to the interconnected web of our global co-existence—a blind privilege transformed into a conscious and honorable service to all life.

It is undeniable that privilege to various rights such as education, work and social status or even food and water exists across the scale in today’s world whether it’s racial, gender related, sexually oriented, religious or occupational.

Something to consider here is that privilege is relative and can only be defined in contrast or comparison. As an example I have seen that certain essential life-sustaining conditions such as clean water or basic hygiene are both rare, if not completely nonexistent luxuries in some areas of the world.

Discrimination obviously exists and yet those who enjoy privilege in their life will more often than not completely deny it since admitting it would entail the recognition that their success was not earned solely through individual effort.

This kind of arrogant stepping on many people to get to the top without appreciating or even recognizing the many beyond personal factors involving those that were instrumental to personal success is the main obstacle in the way of everyone on the planet receiving equal opportunity and emerge from the outdated institutionalized conditioning of privilege. For beyond the arrogant self-success lies the compassion and understanding of the many difficult circumstances and situations that people suffer through on a daily basis some which we may not even imagine in our worst nightmares.

Yet what many of us fail to realize is that beyond just successful life our basic existence depends on so many of these less fortunate people and other living beings. Concurrently with that a much greater understanding and appreciation of the favorable conditions in our lives can occur only by striving to benefit those that may not have them.

The wish to bring benefit to others in and of itself is also not enough and entails much discernment in my experience. I have seen how the road to hell can be paved with good intentions if discernment is lacking. For example many privileged people from developed countries come to impoverished parts of the world and think that the solution to eliminating poverty can be achieved by throwing money at it. Yet instead of resolving anything this actually drives the nail of poverty mentality deeper, disempowering the native communities and conditions them to become beggars who do not believe in themselves.

It does not mean that resources should not be provided to those in poverty. Resources coupled with a thoughtful plan of action can become the spark that promotes independent sustainability.

The real solution can actually be accomplished by supporting these poverty stricken communities in recognition of the resources, skills and talents they already have which can liberate them from the conditioning of dependency all together.

This however requires actually spending prolonged periods of time living there to really get to know them as human beings. Unfortunately most of the money throwing altruists from first world countries don’t have time for that or see the grass roots approach as something below themselves. In addition seeing these less fortunate people as human beings may involve actually caring for the long term resolution of their trouble where just seeing them as statistics keeps the conscience “clean.”

I found that an essential part of this equation is the willingness to really get to know and perceive the greatness in those that may be considered less fortunate.

When I first came to visit the indigenous people in the Amazon rainforest in 2001 I have met some of the poorest people in terms of material subsistence and yet I have also come to know them as some of the happiest people I have ever met.

These people who lived in conditions of deepest poverty genuinely knew how to enjoy the simplest pleasures.

Empowerment rather than handouts has been the key solution in my experience.

Sharing and exchanging ideas works much better than just coming with an attitude of we know better than you.

There is always something to learn and appreciate from everyone no matter how much we think we know. In my case, I was able to provide support for the people in the Amazon by appreciating them and working alongside them to the point where they could sustain themselves without worry and anxiety. Believing in themselves allowed many of these people to overcome the poverty mentality and accomplish much of what they considered to be impossible.

My own path to self-fulfillment started with honest questioning of what “privilege” really meant in my own life. While having access to education, well-paying jobs, new technologies and different social circles, I found my life lacking the depth of a greater purpose beyond superficial egocentric existence.

Everyone in the world has something of value. With this in mind we dissolve the conditioning of privilege and separation. Nothing compares to a life lived with a higher purpose of following the heart.

This planet is a home to all of us and if nothing is done about supporting the existence of life on this earth sooner or later everyone will be affected. Therefore the privileged people are in the most optimal position to be in the greatest service to everyone else and consequently to the survival of the planet. 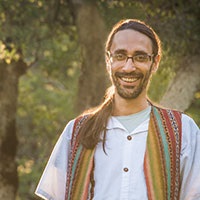