The Writing Apprenticeship that Saved my Life. 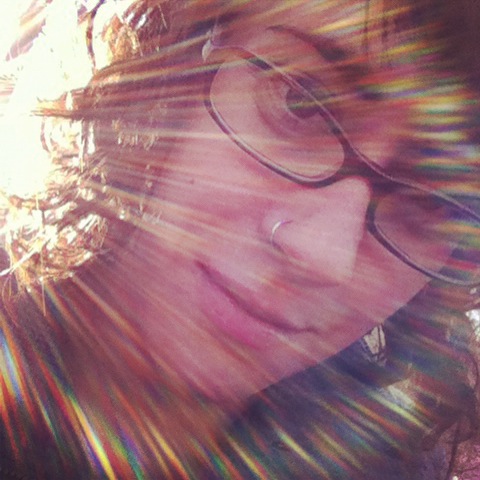 If someone had told me six months ago that I would be a published writer online, I would have laughed at them.

Why? Because my life was in the sh*tter.

Eight months ago, the man I had been dating for over two years dumped me in an ugly display of pride and guilt.

Life spiraled out of control as it has every time my romantic life falls to pieces. I became consumed by the pain, overwhelmed with grief and drank and smoked until I fell asleep.

This was the same pattern as it had been when my ex fiancé and I parted ways three years ago.

Luckily for me, this time around, I had an amazing friend who helped pull me from the wreckage of my own condemning mind.

He sat with me for hours counseling me and allowed me to form my own realizations and epiphanies by just listening. Most of all, he encouraged me to get a hold of my true self again.

Sometime in January, I made a list of personal life goals and what I wanted in a partner.

This list led me directly to both a dream opportunity and a new romance. I had placed my intentions out there to the universe and they were being heard.

I was reading an article on elephant journal one day when I saw the application for the apprenticeship. The deadline was the next day. Without hesitation, I filled out the application and hit “send”.

It has now been three months since the beginning of this new writing adventure—three incredibly stressful, busy and challenging months.

I felt sick to my stomach. I took a half-day at work because my stomach was in knots and I had only slept a few hours.

This was the first time in years I was doing something for myself. It was scary as hell.

I made it through the first meeting unscathed and began to calm down. I could do this.

Weeks one and two: Sheer and utter euphoria.

I knew I would come down from my novel experience-induced high eventually, but every time one of the articles I selected was published on my focus facebook page, I felt a surge of excitement ripple through my chest. Seeing the impact my choices were having on people I didn’t even know was so rewarding that I spent most of the first two weeks smiling constantly.

See, we are given these weekly assignments. Some are related to journalism and writing, and others to editing. This is the meat of the apprenticeship and my favorite part. However, on top of these assignments, we have to schedule articles and pictures to our focus page seven days a week for three months straight.

I will admit, there were definitely days where I would skim articles and say, “good enough!” and paste them onto my page. I took full advantage of each time other apprentices posted their biggest hits on our shared group. Anything I could do to lessen the burden for myself because I was beginning to feel exhausted all the time.

I was getting the ebb and flow of how to schedule articles and I was about to get my first article published, but I also had to adapt to a new roommate. I have not lived with someone in over three years.

I love my solitude and am very particular about my things. I quickly realized how distracting it can be to have another person in your “creative space” when trying to accomplish work.

My small group weekly meetings were a godsend, and I looked forward to them the way a child yearns for recess. They were our time, as a group, to emotionally decompress, ask questions, gossip and bond.

Some days there would be four or five extra bodies in my living room while I was having soul-searching, meaningful conversation with these ladies. I had to learn to filter out the chaos.

Around week six until recently, I hit a slump. Tired all the time, I still managed to get all my work done with the type of precision I felt it required, but the gleefulness was fading.

As if that weren’t enough, the man I care for was facing some issues of his own, and his energy drain immediately imprinted itself on me because his happiness affects my mine.

The final month: Abounding hills of excitement and frustration.

Every time an article of mine is published, it’s like waking up on Christmas morning, but this apprenticeship is about so much more than becoming a published writer.

Our first peer-editing assignment brought a big challenge: my partner was unsure and overwhelmed. I gave her feedback and she was so scared, she had wanted to start all over fresh. I encouraged her not to give up, and made sure I gave her article extra treatment and attention. I went back and forth with her on suggested edits several times.

This was definitely a lesson in mentoring—in giving moral support—too.

The second peer-editing experience, without this person’s knowledge, sort of destroyed my mental state for approximately 24 hours.

The piece was edited in a way that didn’t feel true to what I had written. This is part of the learning process of editing, so I was not angry. It did, however, hit a very emotional chord with me, because the piece had been about a good friend who passed away this year.

Elephant journal did an incredible job of handling my heart and my piece with the utmost care. It was published, true to my words, and I have a newfound respect for how elephant journal adheres to their mission statement of mindful living.

As this journey concludes, I am immersed in a pool of conflicting emotions.

This week, upon finding out that I would not get the chance to be a teaching assistant for the next round of apprentices, I broke down. I was shocked by the sudden outpour, but it makes sense.

The last three months have been rife with assignments and work—to the point of consuming most of my time—but it has also been three of the best months of the last three years of my life.

I’ve learned that I have what it takes to chase my dreams.

I’ve learned that I am adult enough to manage my time and get work done, despite my busy schedule.

I have gained priceless friendships and expanded my knowledge of writing and editing.

Most importantly, I made a decision for the first time in years to do what makes me happy instead of going down a self-destructive path.

Elephant journal may not have taught me to choose happiness, but they provided me with an opportunity to change my own life, while being a positive influence on the people around me. Not just elephant journal readers, but the people in my personal world.

This apprenticeship has allowed me to reconnect with my true self, who had skipped out and left three years ago because she was emaciated with grief and scared of what her life would now become.

This apprenticeship is the first chapter in the rest of my positive decisions.

I am forever grateful for the chance to learn, but even more, I am proud of myself for choosing life, for choosing happiness.

I made the decision to do something I love and it has literally saved me.

When are we Too Old to Pursue our Dreams? 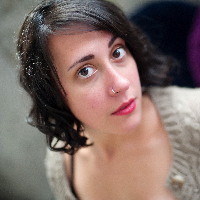