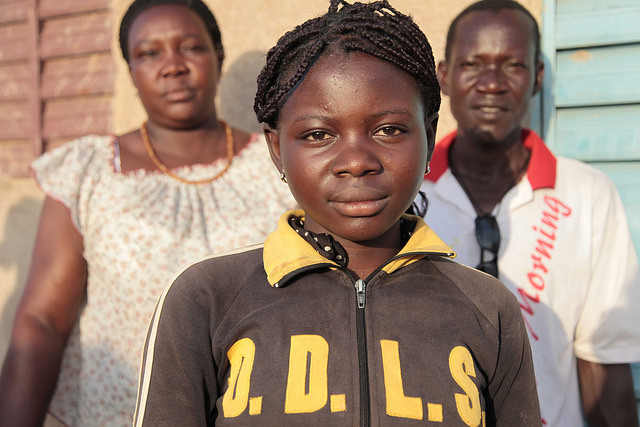 Female Genital Mutilation (and it’s brother issue of nonconsensual male circumcision) is an incredibly divisive issue that is taking a larger place in the global conversations of our time.

Since Off The Mat, Into the World launched our international service project called the Seva Challenge and Bare Witness Humanitarian Tours eight years ago, we have consistently chosen to tackle issues that are complex and multi-layered.

This year we are diving into the FGM discussion in a big way.

This is an issue steeped in cultural traditions, has been normative in many parts of the world for centuries and is just now being unpacked in its complexity.

The web of reasons for the continuance of a tradition that has such obvious physical and psychologically damaging, and often fatal consequences is complex. Such reasons are relational, generational, economic, often cloaked in communally complicit silence and in some places considered crucial to the fabric of communities seeking to ensure the survival of their values.

FGM is also at the heart of a long-standing controversy between the concepts of the universality of human rights and cultural relativism.

In other words, are human rights universal or simply another form of cultural imperialism?

As we focus more and more on a social justice framework for our activism, we at OTM have been grappling with these questions over the years and in taking on the complexity of FGM, the inquiry is even more important and timely: how do we justify “serving” others in a way that does not simply impose our own cultural values upon those that we serve?

It is a question that we consider deeply and we have diligently worked with organizations that are locally-led. This question has led us to examine the underlying issues of power and privilege as well as the consequences and motivations for our work in social justice that are at play anytime we step out in our activism.

As a long-time ritual leader myself, I respect rituals, traditions and the honoring of culture in general as well as an understanding of the kind of reciprocity needed to work in a multicultural setting (especially in the area of rituals and rites of passage). I have seen first hand the terrible effects of a world that is increasingly homogenized by the trance of Western culture and hold a deep grief for what has been and is being lost in the avalanche of globalization.

However, I also believe that culture is not always unpolluted or beyond the need for examination.

Often, dominant culture is an expression of the worldview of the most powerful in society and is complicit in the disenfranchisement of the less powerful in a society. Cultural norms of patriarchal, caste-based or racist societies normalize and justify discrimination in many forms. It is good to remember that the human rights standards that came into existence as a response to the atrocities of World War 2 were drafted by representatives from diverse nations who agreed that state sovereignty could never justify certain practices such as genocide or torture.

A big part of what we have learned from Seva Challenge is that we must not only look at what is obvious in terms of the suffering we encounter, but we must also look underneath to find root causes and in most cases, the factor of our own contribution to the very issue we are seeking to change. This goes for both the internal inquiry about our own suffering and how it affects our motivation for service but also expands out into the wider global sphere.

For instance, it was important to note, when faced with the brutal realities of addiction and domestic violence that we encountered on our first trip to Cambodia, that there had been a genocide of 7 million people 30 years earlier. That massive collective trauma was no doubt a contributing factor to the huge amounts of post traumatic stress and its natural outcome of widespread addiction and domestic violence that we encountered first hand.

But we are also choosing to look even deeper. For instance, when researching sex trafficking in India we discovered that sex trafficking is the third biggest criminal industry (after drugs and arms trafficking) in the world and that often times the motivation for families to send their daughters away with strangers is a crippled economy and the promise of jobs, money and a better life. On our trip to Ecuador we witnessed the effects of globalization (and the resulting global debt that is incurred by many developing nations) on a country striving for economic independence.

The result being the decision to auction off the most diverse parcel of rainforest on the planet (one host to numerous species of plants that could contain cures for many of the worst modern diseases) in order to pay off its enormous global debt.

As conscious activists we strive to understand that we are all interconnected and interdependent…that our thoughts, actions and decisions have a profound effect and that there is really no way for any of us to exist without effecting the whole. So how are we in any way part of creating the problems we have chosen to try to solve?

In so many ways. When we choose to do nothing about the suffering around us we are part of the silence that kills. When we act without awareness of the underlying causes, we can do more harm than good. When we do not understand that our choices about our food, clothing, and the products that we consume are effecting people and cultures around the world, we are actually contributing to the atrocities. That is not to say that each of us is entirely responsible…but understanding that our choices do matter is crucial and our individual choices can effect the collective profoundly.

Today, we can see that the rising tide of free trade and globalization which was suppose to “end poverty” has, in the half century since this big push began, created more poverty than ever before and the situation is getting worse. In other words, my choices as a consuming American have an effect on the global economic culture. My choices in a very real way contribute to the need for an Indian family to send it’s daughter off with strangers in hopes of a better life or money making opportunities. My choices are part of the reason that a family in Kenya will send a child to be married (and necessarily to go through the FGM process in order to become a wife) if doing so will ensure a dowry of money or cows that will keep the rest of the family alive.

So could this perspective of examining the many aspects of this issue prevent me from taking action at all for fear of making mistakes? Quite possibly….but it could also spur me to extend an ever deepening commitment to being conscious with not only my own choices and their consequences, but an understanding of my place in the evolution of a sensitive and creative global vision.

Yes, culture is disappearing at alarming rates and yet culture is not static. We can evolve toward the elimination of torturous and dangerous practices such as FGM with a deep sensitivity to the cultural and social background of the communities that practice it. New rites of passage can and will be implemented, thus replacing the dangerous practices without giving up meaningful rituals.

Ending FGM will require a comprehensive and multilayered approach—a sustained creative collaboration, and discerning advocacy from families, communities, the media, governments and the international community.

“When women stand up and defend themselves, it works. Remember—in 1975, 98% of women were mutilated just like I was. Today, it is 27%. That’s 27% too many, but it’s also the sign of a revolution. It wasn’t handed down on high. It was fought for by me and my sisters. I believe that no woman should call herself free until all women are free.”

“We are lucky to come from a country where laws and policies are against harmful cultural practices and are very clear both in the Children Act 2001 and the constitution of this country. However, it is not enough to pass these laws, they need to be implemented”

~ Josephine Kulea, Founder and Director of Samburu Girls Foundation and winner of the 2013 UN Person of the Year award.

“It will be important for Kenya to recognise that no country can achieve its full potential unless it draws on the talents of all its people and that must include the half of Kenyans, maybe a little more than half, who are women and girls. Every country in every culture has traditions that are unique and help make that country what it is. But just because something is a part of your past doesn’t make it right. It doesn’t mean that it defines your future … there’s no excuse for sexual assault, or domestic violence, there’s no reason that young girls should suffer genital mutilation, there’s no place in civilised society for the early or forced marriage of children.”

~ President Barack Obama on his historic trip to Kenya, July 2015

This is a mandatory rules sheet for an engineering college in southern India. 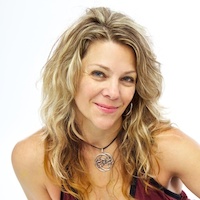