Sleeping with the Enemy. 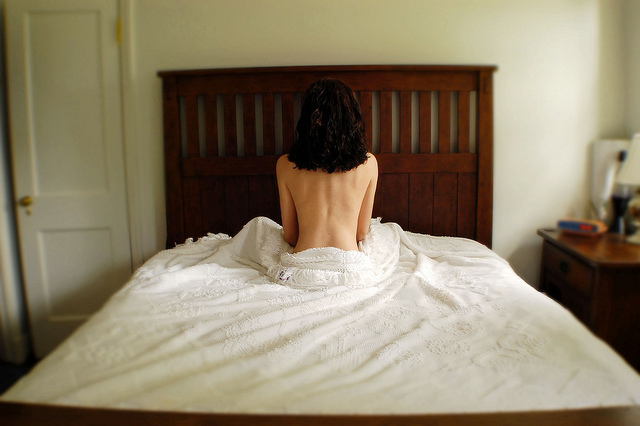 I’ve written previously about the toxic relationship I had with a narcissist.

Around a year before I left the relationship I spoke to my sister and she told me to watch the Julia Roberts movie Sleeping With The Enemy repeatedly until it sank in.

At the time she knew I desperately had to leave.

I know this because it has taken me a very long time to understand it myself. And whilst trying to understand it, I have spoken to others who really cannot see why they couldn’t or didn’t leave either.

The beginning of the relationship was a whirlwind of love, passion, affection, attention and most of all magic. It was euphoric. I was spellbound.

The truth—I was utterly charmed. The cornered pawn in an insidious game.

Like a snake to its captor I was hypnotised until I was totally mesmerised. Dizzy and out of control.

There was no balance. From the instant we met the scales tipped heavily on one side and my feet didn’t touch the ground until at least a year after I left.

His feet were firmly planted. He knew exactly what he was doing and I was very easily to manipulate.

I could call it naivety. However, I am going to be honest here as the purpose for writing this is so that others might resonate and hopefully it will help someone out there to swim—instead of sinking further under as I did.

Therefore, I have to describe how it was. My self-esteem and self-worth were low. They fell terrifyingly and dangerously below any healthy par.

In the beginning things were flirtatious, crazy, exciting and I carelessly drank the chemistry as though it were elixir. I was intoxicated. I never paused to wonder what powerful effects this magical medicine would have upon me.

I called the intensity love. The reality was that I was a spider in a lethal web with deliberate lies being spun all around me.

Though, I chose to believe the cocooned feeling I felt was love.

It healed and soothed my soul. It was the balm I had been craving.

At the time, I didn’t stop to question it all. Looking back now, I knew that it was fragile. I knew that there were cracks in the foundation and that if I chose to, I would see the damage and rot that lay beneath.

But I chose to look the other way. I decided to pretend, so I could play a one-sided game of make-believe.

I wanted happy-ever-after and I wasn’t interested in hearing about any consequences.

My Prince Charming had arrived. Why the hell would he wish to harm me? It just didn’t make sense. (At the time…)

I fooled myself drastically. I thought I was fooling others too. But no…everyone around me could clearly see. Of course they could.

I was captivated though only because I was at the receiving end of this guy’s adorable side. His other side wasn’t quite so pretty. He didn’t have the energy to keep up the charade for others and neither did he care to. So, unlike me those around me had access straight to his deceit driven core.

It didn’t matter to him what others thought of him, as it wasn’t long before I was pretty much alienated from any good friend or family member that tried to make me see some sense. If others tried to warn me of the dangers I faced he would very quickly twist my perspective so that it turned against them.

I am aware that at any time I could have toughened up and seen through it all. But, I desperately ached for the fairy-tale.

The controlling methods he used to keep me in place felt protective and the ways he debilitated me so that I became dependent felt like love and as though he cared.

Of course, back then I had no idea that what he showed me wasn’t love. I hadn’t worked out how to love myself and up until that point what I had seen as love was never true or healthy so I trusted, hoped and believed that his words and actions were genuine. I so badly wanted to be loved, as much as I hate to admit this. So I accepted it in whatever form it was shown.

This acceptance is what led me down the dark slippery slide to a vortex I now can only be describe as hell. The only difference being that every so often I was invited out to glimpse a sight of a glorious heaven.

It was partly because the rollercoaster ride from one to the other left me so dizzy that I was unable to walk in a straight line and far from this “beautiful disaster.”

It was also because I crazily believed that one day the ride might stop. My f*cked up thinking somehow thought the carriage would pull up alongside rose adorned gates. I would step out, dazed and confused, but loved.

And truthfully, that is all that would have mattered.

As ridiculous as it sounds, looking back, if at any point that madness and chaos had stopped I would have happily swept all cobwebs aside and waited as patiently as Cinderella in the midst of a nightmare.

It is not easy to reflect and churn old memories around to recall the desperation and desire to be loved by someone who had no idea how to love.

Again, I don’t want to make this sound as though it was anyone’s fault but my own. I chose someone who affirmed to me day after day what I already believed inside, that I wasn’t worthy. I know this now.

I absolutely know for sure that if for one moment I had true value for myself I would never have allowed the destruction to take place.

I would never have allowed a friend, family member or someone I loved or cared about to remain in such a volatile situation. Especially with someone who was so treacherous and careless with their body, mind, heart and soul. So, why did I allow myself to stay? Day after war-torn day.

Every time the person I was desperate to love, and desperately wanted to love me, tore me down another light dimmed inside of me. Another ounce of strength dissipated and I was soon a shadow of my former self.

Any confidence was long gone, any self-respect I had for myself had deserted me with no sign of return and any links to love I may have known had been ripped at the roots.

If in the beginning I had any chance of walking away those chances had vanished without trace. I was now a mess and the further I fell the more worthless I became. Not just to myself, but also to the person I, for some ridiculous reason, believed was here to love me.

Now, weeks and months have passed. Your eyes are open but you still cannot see.  And now you cannot move. For there are still manipulations, troubles and illusions waiting in the wings, ready to pounce.

All traces of confidence and self-esteem have discarded and you are at rock bottom. You don’t know where, or who to turn to. You don’t know whom you can trust and who will throw you under or back on the manically looping roller coaster. Most of all, you don’t understand the “whys” of any of it.

Nothing and no one makes sense. And you make the least sense of all.

The trauma and damage that has been inflicted has left you writhing in so much pain that you are now emotionally numb. The tears have all dried and you know you need to walk, but you have no idea where to and you don’t even know how to stand up.

In a trance like state you make a call. It takes all of your strength as the fear is still there. You cannot let the person who has been playing a game with your life know that it will soon be over. As a step in that direction may be the last you’ll make.

The person on the other end of the phone tells you to watch a movie. Over and over again.

Sleeping With The Enemy.

You turn the television on. Slow and very small steps, but the most important ones you will ever take.

You watch and you learn.

All the time you are living in fear.

You sleep with the enemy.

You know no other way.

Until one day. You find the strength and courage and you run. You don’t look back.

And for the longest time you will never understand why you continued sleeping with the enemy.

And then one day it just clicks.

And that’s when you know no other person will ever be able to show you a false and vicious face of love.

No one will ever taunt you with their demons or have the power to destroy you again.

Gaslighting: The Mind Game Everyone should Know About.