Why I’m Against Positive Body Imagery. 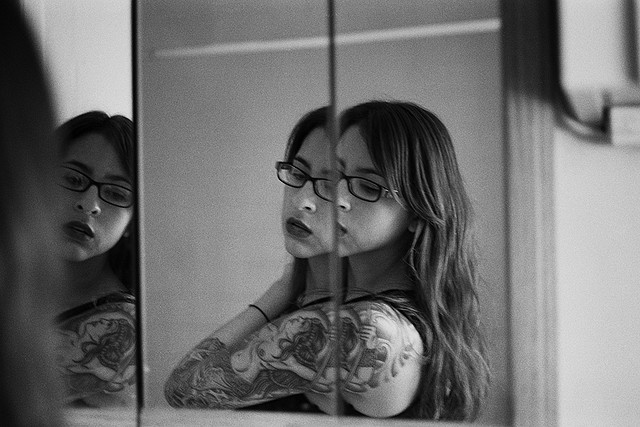 Recently there’s been a strong and growing critique of negative body image practices and beliefs in online discourse (aka “bodyshaming” or simply “body negative”).

A quick google search of body positive yields results like:

“Learning to Love Your Unique Body”
“Love the skin you’re in.”

There’s bodypositive.com which has this tagline: “Body Positive: Boosting body image at any weight,” and describes itself as a site that, “…explores taking up occupancy inside your own skin, rather than living above the chin until your thin.”

These are simply representative examples of a much wider phenomenon, but they do give a good flavor of the overall movement. There’s body positive yoga, body positive social media sites—the list goes on and on.

While there’s much to appreciate in the body positive movement, I believe there’s something well intentioned but nevertheless flawed underlying it. The flaw has nothing to do with the various fights normally associated with body positive versus body negative debate. My argument is that the problem with body positive is the excessively egoic frame of reference it automatically brings with it.

In short, the problem is that one has a body image at all, not whether that body image is positive or negative. Just look at the phrase “body image.” A body is not an image. An image is a mental construct while a body is a physical reality. Superimposing an image onto the body (whether positive or negative) is a way of creating a film, a barrier between the mind and body. In a word, it’s dualistic. Whether it’s “positively” dualistic or “negatively” dualistic is less important (I maintain) than the fact that both are dualistic at their core.

The clues to this intrinsic body-mind split in positive body movements are in phrases like:

Here’s the problem. We do not have bodies. We are bodies.

In the first case one is a mind that has a body. In the latter one is a bodymind.

Once a person realizes the latter reality, they no longer “have” a body nor do they have “body images.” Hence they do not need to worry about whether their body images are positive or negative, since body images aren’t arising in their experience in the first place. My view is that living from a state of being, a bodymind has far more impact than even the best and well-intentioned positive body-image movements because no matter how well-intentioned and relatively helpful they may be, positive body image movements reinforce the notion that one is separate from one’s body.

Positive body imagery reinforces egoic identity; it reinforces the split between the body and the mind.

Consider that a statement like “taking up occupancy inside your skin” defines “you” as something other than your bodily existence. The subject of that statement, the “you,” must be some incorporeal (i.e. non-bodily) reality “inside” your skin. This you is incorporeal because inside our skin physically of course is simply more physical biological reality: viscera, blood, organs, muscle, tissue, bone, etc.

So the “inside” in “inside your skin” is not literally physically inside. It’s a feeling of being inside. It’s a feeling of being an isolated self trapped inside a body (i.e., the ego). That non-bodily self then is inside the skin, which makes the skin and actually the whole body “outside” of one’s locus of selfhood. The body is “over there,” is other, is an object that one can therefore “have.” Treating the body as other is rooted in dissociation. There‘s a rupture at the core of one’s integrated being.

The result is we have a self that’s inside (figuratively, not literally) and a body that’s outside. There’s a gap that’s been created between one’s self sense and one’s body and the only way to bridge that gap is to create a “body image,” i.e., a mental representation of one’s body in the mind. It’s that mental construct of the body image that tries to cross the chasm between the self and the body.

Body positive movements want to create a positive body image bridge. Body negative practices do so through constructing a negative bridge. Please notice however both are building bridges to the body through mental representations. They only differ on how that bridge should look.

Body positive movements, for example, often teach individuals to practice kind (or compassionate) self-talk about their body. Again this is a well-intentioned practice but it has the effect of solidifying a view of the self as a thinking subject separate from the body which then has to think about the body (albeit in a kind, positive way). If, on the other hand, we experience ourselves as bodily beings we don’t think about our bodies; we think and feel through, and with, our bodily being. In this case the body does not function as an object to our ego but rather as the medium of our incarnate human experience.

This point is a subtle but extremely important one.

Body positive movements don’t want people (especially women) to be objectified and reduced to a very superficial form of their existence. They don’t want humans being defined only as their physical appearance. Understandably so.

But only the ego has an image of the body. The fight over body negative versus body positive imagery is a fight taking place entirely on the terrain of the ego and therefore on inherently distorted and distorting terrain. That is to say it is a debate entirely within the bounds of an underdeveloped form of human identity and experience. As far as I can tell this point seems to be missing just about everyone in this debate.

My argument is that we can actually come to an entirely different form of human identity where we don’t have any images of the body because we are the body. In this way, one’s identity is not as a separated self “inside” the body looking “out” on it, but rather simply as an integrated conscious bodily being.

In sum, the problem with positive body imagery movements is that they are rooted in the split between the ego (mind) and the body. That split is concretely expressed as the body being treated as an object and the ego relating to the body through the medium of an image. Whether that image is positive or negative is in my mind actually quite secondary. Relatively speaking, sure body positive is superior than body negative, but neither deals with the more fundamental issue: the split between ego and body.

It’s that prior split of ego and body that needs to be healed.