Yoga for Your Brain. 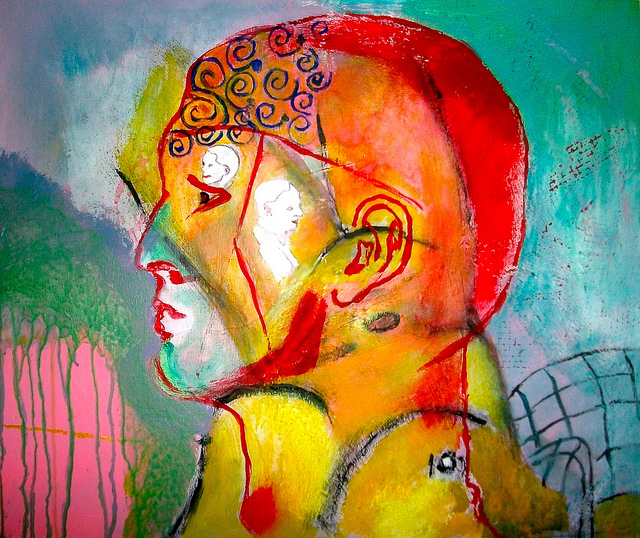 Rumor has it that if you practice yoga, you just may end up with a nice, firm “yoga butt.”

According to Urban Dictionary, this is, “very sexy, and it immediately turns eyes and makes people jealous or inspired.”

Now researchers are saying if we do our poses and breath work, we can have a “yoga brain,” too. Just like the yoga butt, it’s well-defined, strong and powerful.

Chantal Villemure and Catherine Bushnell of the National Center for Complementary and Alternative Medicine in Bethesda, MD examined peoples’ brains to prove that size does matter, and yogis have bigger ones. At least, more grey matter and brain volume.

Villemure and Bushnell announced the news about yogis with bigger brains at a conference of neuroscientists in 2013.

In June of 2015 at a symposium for Yoga Therapists, Dharma Singh Khalsa, M.D. echoed the importance of yoga for the brain. Affiliated with the University of New Mexico’s School of Medicine in Albuquerque, Khalsa is founder of the Alzheimer’s Prevention and Research Foundation.

Khalsa’s personal 40-year yogic lifestyle practice follows that of Yogi Bhajan, who once said, “Those who meditate not only don’t develop dementia, they go into another dimension.”

If Sudoku isn’t for you, Khalsa has other ways to keep your mind supple and prevent dementia: Sit, and sing.

In 1965, I got hooked on vocals watching The Sound of Music in a big theater in downtown Chicago. For the next few months, I was on cloud nine, belting out “Climb Ev’ry Mountain” and “Sixteen Going on Seventeen.”

When I chant, I don’t want to stop.

Grammy-nominated Krishna Das has said that only with Kirtan (devotional singing) can you repeat the same few words for 30 minutes without it getting old.

Khalsa’s Rx for the brain is called Kirtan Kriya. It’s consists of chanting a few syllables for 12 minutes a day. His method incorporates several of the principles taught by Yogi Bhajan: posture, breath, mudras (hand positions), mantra and focus of concentration (in this case, visualization) to offset Alzheimer’s.

Bhajan was not a physician or a scientist. However, as the son of a medical doctor he learned yoga as a child and was proclaimed a Master of Kundalini Yoga when he was only 16 years old. Bringing Kundalini Yoga to North America, his brand of yoga took the traditions from sages and modified it for people with everyday working lives.

Techniques Bhajan encouraged are not uncommon in yoga.

And while people have seen the benefits of yoga for thousands of years, it’s more recently that people have questioned, and examined, “why?”

Khalsa has been studying the brain since 2003, partnering with institutions like The Ministry of Health and Welfare in Finland and UCLA. He says brain health is important, especially when you look at some of the statistics regarding Alzheimer’s Disease (AD):

Women are twice as likely as men to develop AD in their sixties.

A woman’s lifetime risk for AD is higher than that for breast cancer.

Every 67 seconds, someone is diagnosed with AD.

AD is the sixth leading cause of death.

AD costs our society as much as heart disease and cancer.

“We’re having an epidemic in lifestyle diseases,” says Khalsa. “Yoga is appearing at just the right time. Modern research reveals that lifestyle activity can promote cognitive health in aging and protect against cerebrovascular pathology and perhaps beta-amyloidpathology, which leads to AD.”

Dr. Khalsa’s analytical side captured brain scans of people before and after mantra chanting. His study concludes that the chanting can reverse some of the symptoms of memory loss and increase telomerase, the rejuvenating enzyme that slows cell aging.

“The increase in telomerase of 43 percent by participants practicing Kirtan Kriya was the largest increase found in any study. Shorter telomeres are associated with chronic diseases like Alzheimer’s (and a shorter lifespan).”

So give your brain—and your booty—a boost.

Inhale deeply. Sit with your back nice and erect. Touch your fingers. Chant, and be happy. 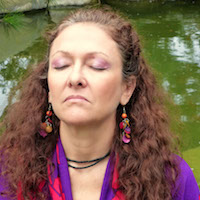