Yoga Is Not a Religion—But It’s Not Exercise Either. 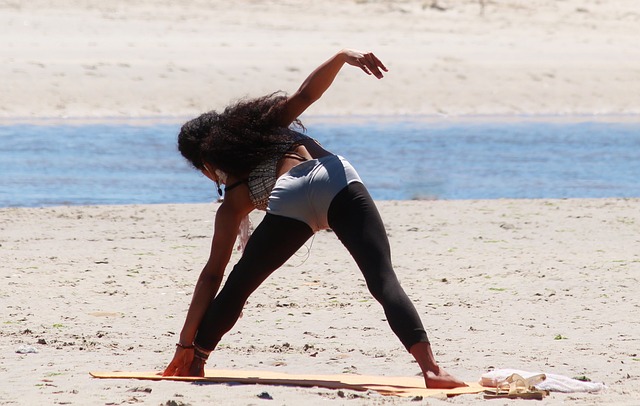 Colleagues at my office know I’m a yoga teacher.

One of them is tall and pretty but overweight—not obese—just not a healthy weight. “I need to lose 50 pounds,” she announced, “so I’m taking five yoga classes a week. Do you think that will help me lose it? “ she asked, hopefully. What I thought was, “You’ll lose something but it won’t be fifty pounds. Probably your mind when nothing much happens.”

But that’s not what I told her.

I explained patiently that while yoga has many health benefits, it isn’t in and of itself, a weight lose method. What it might do, I told her, is reduce her stress level and heighten her awareness so that she would be less inclined to eat unconsciously and know when stress was a trigger for eating when she wasn’t hungry.

I saw the disappointment in her eyes before they glazed over.

Another colleague said she kind of wanted to take my class for the stretching but she knew she wouldn’t like the religious part. “But, yoga is not a religion,” I told her, “so I’m not sure what you mean.” She came to one class but after hearing “Om” and “Namaste” at the end of class, emailed me to say she wouldn’t be returning.

There are myriad reasons why students are drawn to yoga. When I started doing yoga in the 70s it fit into my laid back California lifestyle. I certainly wasn’t stressed out back then but I loved the peaceful “high” I felt. I didn’t understand it and it would be years before I delved into the spiritual and philosophical teachings that explained my experiences.

By the time I started taking classes in Washington, DC, stress was one of the major reasons people sought out yoga classes. Many students were in their 30s and 40s and beginning to feel the effects of age and inactivity on their bodies and wanted to reduce or reverse the unpleasant aches and pains they were experiencing.

At the time there were very few yoga studios and gyms hadn’t yet realized yoga could add to their revenue streams. It was not yet on the radar of the 20-somethings whose beautiful bodies and radical fitness regimens were a religion. It had not yet become exercise.

When I began teaching in the 90s it was important to me, and most other teachers I knew at the time, to find ways to introduce the psycho-spiritual aspects into our classes without overwhelming our students or making them uncomfortable, while also encouraging them to seek further knowledge and understanding as they were inclined. In order to do that, teachers had to have a reasonably solid knowledge of yoga philosophy.

But in the 2000s, the change had begun. I will never forget a sign I saw in a yoga studio window in Los Angeles: “Get a Yoga Butt!” A 4000-year-old tradition was being reduced to what a person’s butt looked like!

Yoga is derived from the Sanskrit word “yug” which means to yoke or unite. Yoga is meant to unite the mind, spirit and body. The purpose of the practice is let go of the “self” and embrace the “Self.”

If you’re in a yoga class and find yourself (or your ego) sneaking a peak at someone who effortlessly pushes up into Urdva Dhanurasana and feel jealous—-this is meant to be a lesson not a competition. There are big questions to be asked. This is an opportunity for self-awareness and clarity. When monkey mind takes over during Savasana, this is an opportunity for focusing on your breath, for self-inquiry and self-acceptance.

It is a fact that an asana practice can enhance one’s physical wellbeing, but yoga is not meant to be a “work-out.”

Yeah, I said it. When I want a work-out I go to the gym and lift weights, go for a run or a bike ride.

I read an article recently where the author praised her yoga class for giving her ego a boost because she could do a pose better than someone else. Hello? To me, that isn’t the point.

Chanting “Om” and saying “Namaste” at the end of a class doesn’t make it a spiritual experience either and it certainly doesn’t qualify as religion. But a teacher who understands and can reference some of the basic philosophical teachings as she is teaching good alignment and breath awareness in a pose, can open her students to a higher level of understanding of what yoga actually means.

Yoga is not a religion but there are profound teachings that are being lost in the quest to westernize, secularize and profitize this ancient tradition.