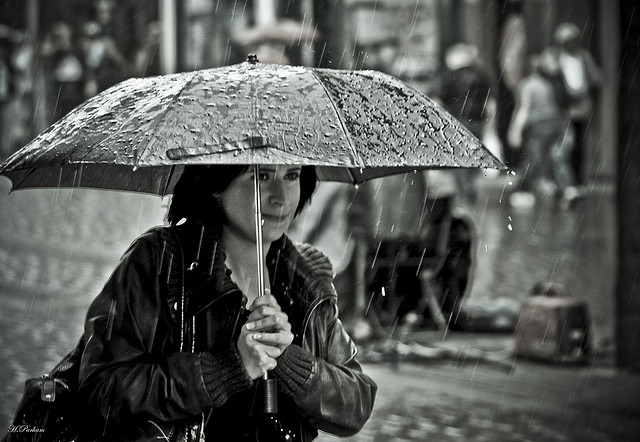 [Warning: Some f-bombs and whatnot ahead!]

When you risk nothing, you risk everything.

I’m going to give it to you right out of the gate because you are going to need it to get through this article: commitment. That is the essential key to breaking free from dating hell.

If you don’t read any further than this, just know that life will invest in you as much as you invest in it.

The new norm is to, “keep things casual.” Weak-sauce.

So what is commitment anyway, and why do we treat it like a foreign country (someplace we will visit someday in our seventies as death looms over us)?

I’d like to start by blaming technology. It is a pretty safe bandwagon to be on.

We all know technology has fucked us over and we did it to ourselves. I can no longer spell or even type a full word without autocorrect swooping in for the rescue. But, I’m not being rescued. I am being enabled to not remember or retain a damn thing.

In reality, the convenience of technology promotes pervasive adolescent and even infantile behavior (it just took 10 spell-check corrections to have this sentence come out right).

And this is where we are at this point in time. We have the ability to live longer and to be one of the many bodies experiencing a population explosion. But, what are we living for?

As a counselor, I meet people at the junction in their lives where they thought their relationship would save them and provide a safe haven but it didn’t. I meet them at the point where their relationship is broken. And I often ask, “Do you know why you are on this earth? Do you understand your purpose?”

Most people know that, “things happen for a reason,” but have no fuckin’ clue what those reasons are.

It’s my sneaking suspicion that connection is the reason we keep going—keep dating. Like Churchill said, “If you are going through hell, just keep going.”

All of us are wired in the very core of our being to belong. And a few of us—the artists, the persistent dreamers and doers, the innovators—know what they belong to, a calling. And it means nothing if it isn’t answered—if it isn’t committed to.

In fact, there is a trick to commitment.

You may commit to a cause, a relationship or a spiritual tradition, or abide by some internal oath. It may look like an external investment. But in reality commitment is all about finding yourself by taking consistent action in the direction of your goals. And shit like that. You get it? I expect that you get it.

And, really, commitment happens the moment you belong to yourself.

No other force on this earth will try to rob you of your sense of self more than the fear of dying—alone. When this force overwhelms its host, people scramble for a group to join or an identity to align with like drunk people during last call at the bar trying to find who they are going to go home with.

And commitment isn’t a preference. It is a choice.

In fact, it is a key component of being sexy. You can wear the most god-awful clothes, be poor as shit or unfashionable in some spectrum of modern culture, and it doesn’t fuckin’ matter if you are fully committed to it.
So, now that we have a handle on commitment, let’s talk about all the bullshit that is currently going on in the dating world.

There are dating apps that have facilitated our acting like voyeurs, stalkers, prostitutes, pimps and derelicts. Like so many people do, the minute I found out that my ex was dating some new chick (and he told me her name), I got on Facebook and looked her up. Now I know that I’ve been replaced by a 25-year-old yoga instructor.

Here is the crazy thing: This is the new normal.

Running quasi-background checks on potential lovers is normal. Knowing more about one person in five minutes through their Instagram account than you would in five dates is “normal.”

Then add sex to the mix.

Hooking up is now normal. There may have been a time in history where courting or even participating in an extended period of seduction was the norm. But, not now. Now things are defined by quick, fast and easy.

So, the bullshit, as it is, revolves around a total breakdown in connection in the face of one million avenues to connect. There is an app for every single one.

We can all just swipe right. With the flick of a finger the next disaster awaits. And we are not the first humans in all of humanity to be tortured by this sort of irony.

I think that is just what we do to each other.

And there is more than a lesson here. There is the true blue you bumbling through the known and unknown avenues to get “it.”

This is life. It rambles. It does not make sense but the sense we make of it. And to make sense of the chaos, it takes commitment. It takes being aware of who we are as defined by what we value and how we value ourselves.

Then, we decide to either progress in love or be destroyed by shame.

We make an effort to let go. And then, magic happens. A transformation unfolds. Loneliness doesn’t stand a chance.

When you walk in spirit, you are inspiring.

When you stand in the sovereign conviction that now is your time to shine, you do.

And when you commit—when you risk it all knowing it doesn’t belong to you, but you belong to yourself—the bullshit fades into the background.

In simple, non-bullshit terms, commit to you, and the rest will work itself out.