How I went from being a People-Pleasing Princess to a Bada$$. 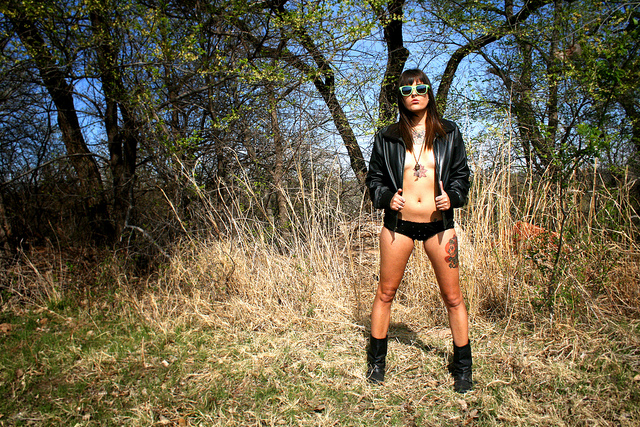 It took a long time to gain the courage to whisper my truth—so when it suddenly seemed war was declared on my freedom of speech, I did the only thing I knew how to do—I spoke even louder.

I have battled my entire life with my inner voice and feeling comfortable—being and accepting myself.

My entire journey has led me to this very moment in time.

I finally arrived to a place where not only am I okay with my truth—I’m in love with it too.

I was recently in a situation where my first amendment rights were about to be violated—I had no choice but to sit with it.

The first amendment is the freedom of speech—the ability to express ourselves through our words and our voice.

Recently, my other job—one that is totally different than writing, but one that I love all the same—called me in for an investigatory meeting citing “my professionalism as it relates to social media.” A complaint had been made about my articles that I wrote for Elephant Journal—and in the letter I received it suggested that I could be fired over my words.

My words of truth, of love, of sensuality—of life and what it means for each of us.

When I first read the letter, I choked and bled from the words that were written. I was afraid that I was going to have my passion for writing taken away from me in order to keep my career—also I was, once again, being told that I am too much for a world that I continually try to fit into.

As I clutched a friend at work like a scared child and sobbed against her shoulder—I felt every single incident in my life where I was told that I needed to keep silent, where the simple act of being myself was never good enough.

I felt the bitter reality of what it feels like to have black tape pressed against my mouth.

I felt the hate of a thousand hands on my throat reminding me that I am too much for this world.

I felt the despair at being presented once again with the thought of having to bury myself under a thousand layers of superficiality in order to be accepted and well-liked by others.

I felt betrayed, by those that wanted to silence me—and the world that makes it next to impossible for those, especially women, to shout our truths from the rooftops.

I have battled with being a people pleaser my entire life.

I don’t like confrontation, I don’t like arguments and sometimes I suck at standing up for myself.

Sometimes I roar a little too loudly—but it is only because I don’t want to be drowned in the silence again.

Unfortunately, I am one of those people who learns a lesson the hard way—as soon as I thought my ability to write and speak my truth was about to be taken away from me I finally realized that my words had become the very air I breathe.

I have married my words of truth.

As I was sitting looking at possibly losing everything I had built for myself—over words that made others uncomfortable—I finally realized that no matter what—I can’t make everyone happy.

I can’t always please others, I can’t always make the right choices—and in the end, sometimes the only thing I can do is my best.

Yesterday as I sat teary eyed and broken I was reminded of my fragility—not just in the life I had created, but in the very essence of my soul.

One of the biggest mistakes I have made is trying to do the right thing for so many people, and then often neglecting myself in the process.

By gradually speaking up, and writing, I have discovered within myself a woman and a life that I didn’t even know existed so when I was threatened with the possibility of having to give all that up—I broke.

I decided how to shape my chaos into a beneficial lesson.

I realized that I am not capable of being the people-pleasing princess who I had tried to be. I can’t walk on clouds and bring rainbows to the world around me—because truthfully I create more storms than anything else.

Sitting alone last night on my porch—the sounds of the night wrapping me in melancholy—I realized that my weakness and vulnerability strong assets.

I also realized that as much of a fighter I am—I also need someone to fight for me sometimes.

What separates the people-pleasing princess from being one badass queen is the realization that she doesn’t need to be anything other than what she is—and that is okay.

Unfortunately, I am someone who doesn’t know what I have until I am just about to lose it.

A unique clarity appears when I think I am losing everything that means the world to me.

And so when I woke this morning, I was still broken. I was vulnerable. I felt weak—but instead of rallying my inner army to pretend that wasn’t the case, I instead embraced the weakest parts of myself.

I let my shoulders slump, and I cried myself into a cloud of uncertainty.

I knew that my eyes radiated sadness and I was okay with that.

Because to be bada$$ isn’t to be infallible, but instead to take those parts of ourselves that we normally try to suppress and embrace them.

I use to think the way to happiness was paved in wearing my strength like an armor—only once I removed it did I realize it was also inhibiting me from really feeling life.

Unfortunately, we can’t really feel the joys in life if we aren’t ready to feel the pain as well.

I received word this morning from my supervisor that I can keep on writing and speaking my truth—I can write about anything and everything under the sun. Hearing that I could keep writing felt like being handed my daughter after giving birth.

I felt like my heart was open to possibility—and to my future.

And while I am sure that I will ruffle a few feathers—that my words may shock or offend some—those who understand my heart will always see my pure intentions.

I offer honest ramblings of a soulful woman who has learned there is equal value in her tears and words—that is truly the most bada$$ quality that any of us can embrace within ourselves.

How to Stay True to Your Sweet Self & Build Badass Boundaries (at the same time).