I Dreamed of You & it Came True. 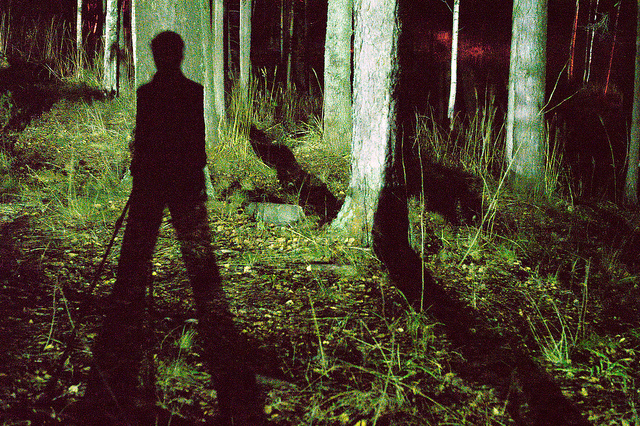 “Your current safe boundaries were once unknown frontiers.” ~ Anonymous

I dreamed about a man who met me in front of his house. His tall redheaded lover wouldn’t let him back in, for reasons neither of them were talking about.

He seemed familiar to me in the dream and we talked as if we knew each other, of lovers and children and how he needed his pants mended and where would he get his next meal.

He was distraught. I was comfort for him.

I woke, understanding it was a big dream. Not a dream to brush off with the sleep in my eyes so I could get going with my day, but a dream to pay attention to.

I did get out of bed, and I did get ready for work, but I kept the dream in my back pocket.

On the drive to work, there he was.

He was leaning over while seated on his bike, scrolling through the environmental waste bin at 9:30 on a Saturday morning. He wore a ratty backpack and shouldered another eco-friendly shopping bag that has seen better days. The bags were full and his clothing was disheveled. The dialogue in my head was heated and excited.

Do I stop? Wouldn’t that be foolish? And, what do I say to this stranger?

Fireworks went off in my head as I drove by him.

Driving another block and a half to the coffee shop, the dialogue in my head was heated and excited. Should I have stopped? Should I have invited him to sit and have a tea with me?

What would I have said?

I felt heightened. I felt convinced I was supposed to connect with this stranger, but also feeling the ties of formality and convention. What if he refuses it? What if a strange lady approaching him makes him uncomfortable?

I make connections every day in my job. Those connections are easy. These people come to me and are already open to me. But the idea of approaching a stranger had undertones of uneasiness for me. I could feel my boundaries like pushing out of a rubber balloon.

I bought a gift card, as well as my large tea, got back into my car full of nervous excitement. I circled the block. And then another. But he had disappeared. I breathed, tucked the gift card into my wallet, and drove to work.

Maybe he was just a figment, leftovers from the dream.

I thought of him all day.

And for three days after that.

At the end of the third day, I drove home later than usual. I had had to stay late to help train a new girl. I took a different route home, after my little inner voice said “go this way.” And there he was, shirtless but with his backpack, his tanned face scrunched in concentration of biking on an incline.

My heart raced, because I knew I was about to do something crazy and wonderful. I was breaking free, no matter what the cost. I didn’t know how I’d be received, and that almost didn’t matter. All I knew was I had to see this through. This was bigger than me.

He was biking in the opposite direction, so I had to drive past him, scoot around the block. Would he disappear again? My brain was going faster than the posted speed limit, and there was no time to breathe. I came out on the block before him, pulled into the driveway of a quiet Chinese restaurant and parked the car.

I fumbled through my purse to find the gift card.

I don’t know what I looked like on that too-hot day, running down to the sidewalk waving at a stranger on his bike, waving and yelling, “Stop! Stop!” His long white-blonde hair was tucked up in a bun, and he was so sweaty he could have just stepped out of the shower. But he stopped the bike and his concentrated pedaling for me.

He smiled and I smiled, both of us breathless. I looked into his pale blue eyes.

“This might sound crazy, but I dreamed of you.” I said.

He responded with “No, that’s not crazy at all.”

“I bought this for you.” I said, giving him the gift card.

He smiled so big on that too-hot end of day trek to wherever he was going, and said to me, “Oh, this is so nice! I was feeling so alone and in pain the last few days. You don’t even know me, and you thought of me. It’s so nice to know someone is thinking of me. Thank you.”

We looked at each other, and smiled.

People in cars drove past us. Could they feel the energy created by two strangers accepting of and giving to each other? I gave him a gift to get himself perhaps a cold drink on a hot day. His gift to me was his grinning acceptance of my explanation of why I stopped at all. We gave each other the gift of connection.

He touched my shoulder with the back of his hand, and for some minutes, we glowed with it and shared some joyous laughter. After a few more shared sentences, we waved at each other, and parted. I got back in my car, and he got back on his bike.

I watched him bike up the sidewalk, swerving back and forth in a little seated dance of happiness.

I pressed into and tested my boundaries with this experience. I could have driven by, gone to work like any other day, forgotten the dream and the stranger who showed up in my waking life. I’m so glad I listened to the little inspired voice.

Taking the risk to make connection with another human being, felt so good, and was completely on track with where I want to be headed in my journey of fellowship.

When you Look into the Eyes of a Stranger. 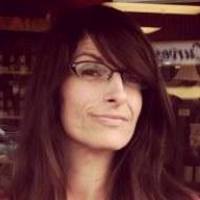