Tackling the Stigma of Mental Health in the South Asian Community. 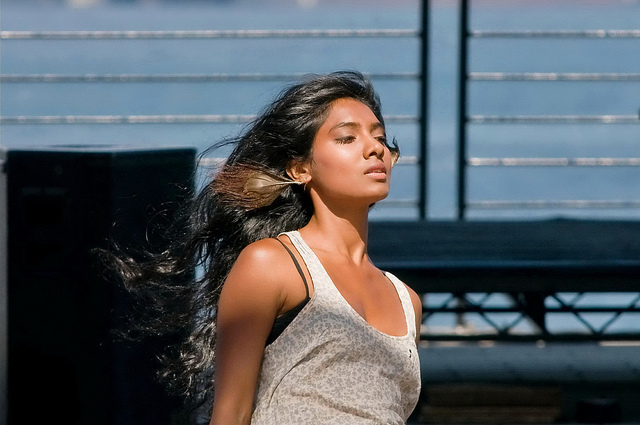 “Young lady, you are not being rational. You don’t have cancer. Stop crying!”

I was having a severe panic attack.

As I experienced heart palpitations, increased blood pressure, shortness of breath and extreme sweating, a bystander called 911 and stated that I was having a seizure.

The paramedics arrived and responded quickly and sympathetically. But when I was able to speak and explained what I was experiencing, their attitude suddenly changed drastically.

They became condescending and equated my anxiety with weakness and craziness.

Even after being taken to one of the most venerated hospitals in the country, the derision and stigma continued.

I have Generalized Anxiety Disorder (GAD).

Symptoms of GAD can include worrying, obsession, fatigue, restlessness and nausea. However, as anthropologist Roy Richard Grinker claims, anxiety (along with other mental illnesses) is really two conditions: the manifestation of certain signs and symptoms, plus the societal stigma surrounding it

Over the years, I have been able to cope with my situation. However, there are countless others who have experienced the same stigma that I have but who lack the means to confront it.

I have witnessed first hand the consequences of this stigma through observations and conversations with relatives in India and friends from South Asian communities in the US. Mental illness is misunderstood and considered highly taboo in many South Asian communities. I have been advised against discussing my experiences with anxiety, especially with other Indians, because of this stigma.

For a long time, I felt that having anxiety was incompatible with being Indian.

These suppressive attitudes towards mental illness silence those in need and interfere with their wellbeing. Although I can choose when and how to discuss my anxiety, I cannot completely hide it. It is only through sharing our experiences and supporting one another that we can eradicate the stigma around mental illness.

My anxiety has given me experiences and stories that have shaped me just as much as my Indian heritage and my many other aspects of my identity. So instead of avoiding this seeming incongruity, I choose to embrace it.

In fact, my experiences with anxiety as someone of Indian ethnicity were the impetus for my undergraduate thesis—exploring mental health stigma among South Asian communities in the US.

Interviews with South Asian mental health professionals helped me understand some of the reasons why these stigmas exist and the obstacles they present. Of course, my narratives and analyses do not necessarily apply to all members of the “South Asian” or “Indian” groups as a whole. However, they can provide a starting point for understanding the mental health experiences of many South Asians in the US.

In disclosing that they have a mental illness, which may have in part been inherited, some South Asians might feel that they are tarnishing their family’s reputation.

In fact, very few of family members outside of my immediate family are aware of my struggles with anxiety. Another contributing factor to the mental health stigma among South Asian communities, particularly in the US, is that South Asian youth often feel pressure to uphold their image as a “model minority.” Seeking help could therefore be perceived as a sign of weakness that is incompatible with the model minority image.

Furthermore, because mental health is not discussed in many South Asian cultures, South Asians may simply be unaware of the prevalence of mental illnesses. This lack of awareness may make them feel that something is wrong with them if they are suffering.

It might even be the case that healthcare professionals, either consciously or unconsciously, play a role in perpetuating mental health stigma. This was certainly the case in my interaction with the paramedics the night of my panic attack.

It is true that a large proportion of people from ethnic minority groups enter mental health treatment only at crisis points in their illness. For example, they might be mandated to receive treatment after a major episode lands them in the ER. Healthcare professionals in these situations need to be sensitive to the cultural contexts of the patient. They also need to be sure to explain to patients what the therapy process will entail.

In fact, one of the reasons that South Asian immigrants are so resistant to treatment is that many of them think that the process will affect their legal status, that they’ll be deported or that their children will be taken away from them. Having a clear understanding of what actually happens in therapy can ease this resistance.

In addition, nobody, regardless of cultural background, should feel that mental health treatment is being imposed on them.

In the case of Indian immigrants, therapy could instead be framed as a process that will help them improve their quality of life in the US. If they don’t see therapy as a punitive measure, they might be more inclined to take part in the process and not be so uncomfortable with it.

Given the prevailing cultural stigmas around mental health, it is all too easy to view South Asian cultures as ones that discourage help-seeking. However, it could simply be the case that much of mental health treatment in the US is just not appropriately tailored to the cultural context of South Asian immigrants.

The lack of cultural competency is another reason that South Asians in the US often do not seek mental health treatment. To address this issue, mental health professionals can use aspects of South Asian cultures that might encourage help-seeking and integrate those into the treatment process. This would allow South Asian immigrants to feel more comfortable with a process that might be unfamiliar to them.

First, mental health professionals should address the stigma and validate what their clients are feeling.

They should then educate their clients about mental illness and explain to them that, like physical illness, nobody is immune from mental illness—that having a mental health issue doesn’t mean that they’re weak or crazy.

Many South Asian immigrant clients come to treatment seeking help with concrete services, such as housing, food stamps, health insurance and job applications. Mental health professionals can provide referrals to assistance with these services, since this is often less stigmatizing than mental illness and can serve as a comfortable point of entry into the treatment process.

Many South Asian immigrants also derive a large part of their identities from their role in the family. Inclusion of family members in the treatment process can give them a better understanding of the experience of the individual in question. Because South Asians place such a high value on family, framing treatment as a process that can benefit the entire family and not just the individual could be helpful.

Especially in the case of South Asian immigrants with children, mental health professionals can offer guidance for balancing retention of South Asian culture with assimilation to American culture.

In fact, holy scriptures often provide a lens for South Asians to make sense of their experiences.

Since it is common for South Asians to turn to religious interventions for mental health issues, integrating religion into treatment could make the process more familiar and comfortable.

Just as religious texts can offer South Asians a lens for making sense of their experiences, so too can Bollywood films and Indian soap operas, which are popular forms of entertainment for a large proportion of South Asian immigrants.

Mental health professionals can familiarize themselves with these forms of entertainment in order to better understand many of their clients’ cultural contexts. Airing mental health promotion public service announcements before movies or on Indian television channels could also be an effective form of outreach.

These strategies are not by any means comprehensive, but can play an important role in encouraging mental health professionals and society at large to reflect on their perceptions and practices and in addressing cultural taboos around mental illness.

My research and my own experiences helped me realize that being Indian and having anxiety do not have to be mutually exclusive.

My mental health, my ethnic background, and my passions and experiences come together, like puzzle pieces without clearly defined edges, creating something rich and complex, which I hope will help create a better world for people everywhere.

The Stigma Around Mental Illness is Hurting All of Us. 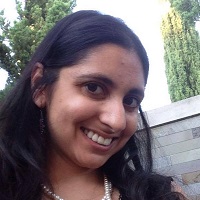