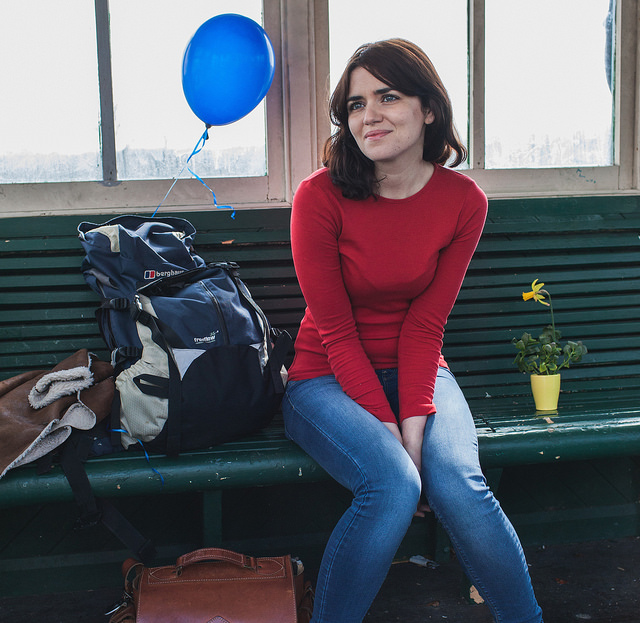 Ever known somebody who has said or done any of the following?

“He/she wasn’t spiritual enough, so I left them.”
“He/She is my soul partner and I have to be with them. Goodbye.”
“I left my family and moved into a commune/monastery/ashram.”
“The bible says it’s this way, so you are wrong and I am right.”

Who doesn’t have a justification for their words and actions? Regardless of the rationalization, being abandoned is painful.

Not only is a loved one leaving, they use God and “spiritual growth” as justification.

When someone has been abandoned for spiritual reasons, it hurts enough without adding the complications of God, religion and philosophy, which turns a painful experience into a deeply bewildering one.

Spiritual abandonment begins with emotion, then is expressed in words and finds completion in action.

Whether in word or deed, spiritual abandonment remains an invalidation and denigration using religion, philosophies, and God as justification. The individual believes they are innocent, and refuses to listen to, or be accountable for, the damage and results of their actions and words. They are blind to their own self. One might even say such an individual is self-righteous.

People who study the Bible will cite verses to justify their actions. Far too often genuine feelings and perspectives are invalidated with religious sources used to rationalize hurtful words and actions. Great harm and atrocity has been inflicted on our world in God’s name, and it happens at home with friends and families.

People familiar with Eastern culture will cite Buddha and how he left his family to seek enlightenment as an example. They forget the part where upon his return, he told his wife he realized he didn’t have to go through the seeking to be realized.

The person who uses God, religion or spirituality as justification for their actions are individuals who need the most compassion.

At first glance, it may appears their motives are holy, spiritual and righteous. For a minority, it is true. I question the motives and words of the majority who make such claims.

Commitment, loyalty, faith, endurance, perseverance are also spiritual fruits. For every justification used to leave, for every reason to invalidate because of a religious verse, another verse or legitimate perspective is available as its counterpoint.

To use God, religion or spirituality as a reason remains the tool of a lost soul who has yet to find ground internally on which to stand.

God isn’t making them do it. They make their own choice. Unfortunately, using spiritual justifications only damages people’s trust in a creator, religion or any kind of legitimate spiritual practice. It’s false representation by a person who cannot face their own self and take responsibility for their actions.

Ironically, such a person must abandon their families and loved ones because they had already abandoned their own self. Before departing physically, their loved ones have already been abandoned emotionally and spiritually for a length of time.

The agony of internal separation is compelling. The person who goes through this has no option except to find a way to heal internally. How this process occurs has many approaches.

A true seeker will keep moving forward on their path, making choices based on their perspectives.

The heart and soul must heal.

And the spirit has three choices when faced with transformation: fight, flight or presence.

Flight is a base level response, full of fear, reaction and ignorance.

This is how compassion remains essential for the person who abandons the spiritual ship.

Their leaving is damaging, their words confusing, the emotional pain devastating. Such wounds can last for years, decades and even a lifetime. The influence of their choice never fades. In some cases, it impacts multiple lives, including children, work and extended community.

Such a person can help themselves in different ways, yet they don’t until leaving becomes the only remaining option. In many small ways, they’ve abandoned themselves their whole life, and their life has reached a breaking point.

It’s an unfortunate state because they often leave the people who love them the most for an ideal, a vision, a hope of feeling at peace. The very ideals and precepts of spiritual life such as love, closeness, intimacy, service, relationship, are cast aside.

Spiritual serenity and awareness demands an inward journey. There is no cause for separation from loves ones.

As Buddha expressed, he never had to leave home. Though he had to journey to discover this. As a society, people look at the leaving as important yet miss the quiet ending and accountability.

The spiritual seeker who leaves has first abandoned the home within their heart and soul. They follow ideas, concepts and gurus until unveiling their truth. In following, the lost remain lost.

For all such individuals, compassion.

Because when a person is connected with their hearts, they are able to communicate directly and openly. When explaining their actions, God and religion and philosophy is not a justification.

Rather, such a person stands pure in their truth and owns the consequences of their words and actions.

Such a person would have the power, authenticity and integrity to not blame God for their actions.

They’d instead say, “I am leaving because I don’t love you anymore.”

When abandoned, the painful experience is difficult to understand mentally.

Felt compassion, awareness of emotions and sensitivity for the other and for oneself, is a powerful cure.

For who does not yearn for liberation and love?

A Meditation on Rebirth & Renewal.
~