Weed the People: What’s the Big Deal About Pot? 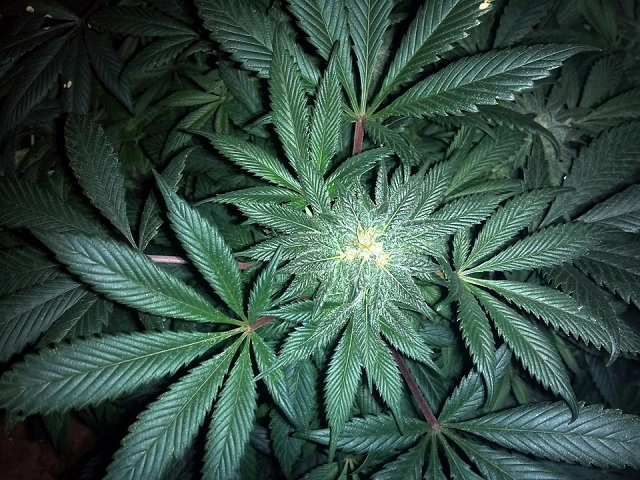 Call it what you will, in some states they are practically giving it away these days.

Cannabis has been around, well, maybe forever. The oldest known written record on cannabis use comes from the Chinese Emperor Shen Nung in 2727 B.C.

Cannabis leaves and seeds were found next to a 2500-2800 year old mummified shaman in China and there is evidence to suggest that ancient Egyptians consumed the plant as far back as about 950 BC.

In more recent years, pipes dug up from Shakespeares garden contained traces of marijuana. Hemp was used in many regions around the world for rope and cloth. Enormous amounts of hemp were used in sailing ships as both rope and the fibers were used between boards as waterproofing. Both Thomas Jefferson and George Washington were hemp farmers, Betsy Ross’s prototype American flag was made from hemp fibers and the paper used for the Declaration of Independence was also made from hemp fibers.

In the late 1800s, cannabis began to be used in the United States as medicine for both children and adults in the treatment of of spasms, sciatica, restlessness and even corns on the feet. It wasn’t until 1910 that its recreational use became popular and in 1913 California was the first state to outlaw its consumption entirely. Marinol—synthetic cannabis—was approved for use in cancer and aids patients in 1985 by prescription only in the treatment of nausea and lack of appetite but other than that the prohibition of cannabis was in full swing in all fifty states.

There are and have been countless songs, articles, photos, paintings, poems and even books written on the subject. Pot has a long history and in the United States, it’s own culture, and not just the well know “hippie” culture although there are indeed far more tye dyed t-shirts and VW vans sporting a big green pot leaf that there are silk ties or BMW’s.

Twenty-three states and the District of Columbia currently have laws legalizing marijuana in some form. Alaska, Colorado and Washington have previously approved it’s recreational use and now, as of July 1, 2015 Oregon can be added to that list and Oregonians didn’t wait a minute to start utilizing this new freedom.

In Oregon it is legal to possess eight ounces at home, one ounce on your person and grow up to four plants per household. Sales will be regulated by the OLCC and taxed like alcohol and tobacco. Marijuana cannot be sold by just anyone but it can be given away so at midnight on July first crowds met at parks, street corners, clubs and parties to celebrate the legalization by giving away plants, joints, pipes and sweets.

I can’t help but wonder if the scene was similar in 1933 in Chicago when prohibition was lifted.

In my college town I don’t think much has changed. I don’t think many people who were not already smokers ran out and got high just because they could. Eugene, Oregon has a reputation of being a full blown authentic hippie town complete with The Merry Pranksters, the Grateful Dead, The Oregon Country Fair, Kesey, granola, micro-brew before micro-brew was cool, organic everything, pachouli, outdoor music, bare feet, tye dye, dreadlocks, glass blowers and weed.

Lots and lots of weed.

Here, weed has—as long as I can remember—been almost completely available to just about anyone, legal or not.

It is estimated that 11 percent of adults between 18 and 50 in parts of Oregon have been supplementing their income by illegally growing and distributing pot during its prohibited years. Al Capone and his gang were pulling in an estimated 60 million a year in the 20’s. Mostly from beer. I don’t expect many of Oregon’s 11 percent were anywhere near those numbers but most of them no doubt took a substantial hit with growth and distribution regulations and dispensaries popping up on every corner.

Regulating marijuana will create jobs and economic opportunities for some growers and distributers in the formal economy instead of the illicit market. Some will get jobs with the state, some will find other work and some will continue to scratch out a bit of a living selling outside of the designated system. While some local growers may take a financial hit, if taxes are spent in the interest of all, the rest of us could benefit greatly.

If the state,—or the country—were to spend cannabis related revenue on healthcare and education the legalization of of the nation’s largest cash crop could improve the lives of millions. It is estimated that in California alone annual revenue would raise by $1,400, 000,000 if the sale of marijuana was taxed and regulated. Colorado generated $53 million in taxes in the first year following recreational legalization. Not to mention the decrease in absurd fees associated with enforcing marijuana laws which according to the American Civil Liberties Union is upwards of $3.6 billion annually. That’s a whole lot of math, science and english, music, chemotherapy, root canals, medication and preventative health care for a whole, whole lot of people.

Rather than marijuana being a financial drain on communities our lawmakers and money-spenders have an opportunity to make big changes with the income generated by the legal sales.

I remember watching “Reefer Madness” (original produced by a church group in the 30’s) as a kid and I remember smoking pot and never, ever feeling crazy or homicidal.

Quite the contrary, I felt like watching grass grow for four hours.

I personally don’t advocate the use of pot, legal or not, by minors, and I’m sure as the rain is wet do not want my surgeon or even my dentist high when they are caring for me. But I have seen cannabis ease the pain of many very sick people and increase the appetite in several women with eating disorders allowing them to recover and live happy, healthy lives.

I have never heard a story of road rage or violence in a person under the influence of marijuana alone. The same can not be said about alcohol which has been legal since December 5, 1933.

Cannabis is here to stay. I guess it’s only a matter of time before we find out if it really is the “gateway drug” we’ve all been warned about.

How Marijuana Ruined My Life.

Is Marijuana good for your Mental Health? 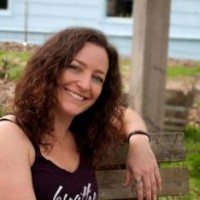