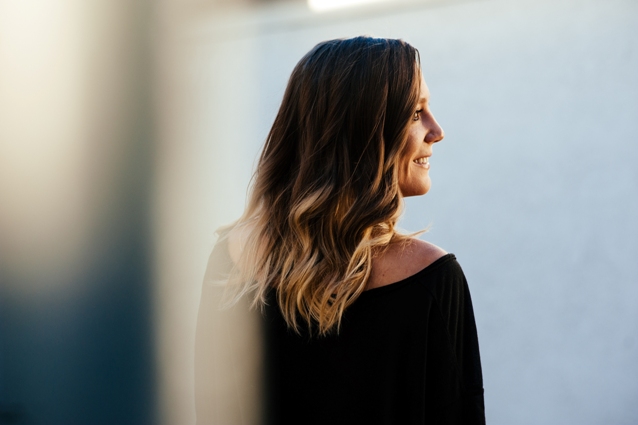 Every day on Facebook we are bombarded with baby pictures, diamond rings and destination wedding pictures.

Don’t get me wrong—I love babies, diamond is my birthstone and I’m all about a tropical vacation. But for now, I don’t go by Mommy, I go by Auntie Cait.

My left finger is either bare or adorned by a chunky coral ring I got from my grandmother and the only tropical vacation I have planned for this year is with my soul friend, not my soulmate.

My 20s were rough. I like to think of them more specifically like a diamond in the rough. I spent those years chipping away at myself. With each chip came the promise of revealing a smooth, shiny gemstone. Truth be told, part of this chipping process involved making foolish choices—peeing in a public alley and getting a public intoxication ticket, having a one night stand with a Costa Rican who’s name I don’t remember (but I remember how he moved his hips at Salsa night), and smoking a sh*tload of weed.

My 20s were a finely crafted cocktail of one part tomfoolery and two parts healing, with a twist of spiritual practice.

When I think back to my 20s, I hardly recognize that girl. Sure, she still has the same big brown eyes that catch fire when she talks about her passions. And her laugh is still pretty damn contagious. But, the calcification which once guarded her precious gemstone, has now become demolished.

I’ve still got that East Coast sass, but I’m a lot softer now. I might still get really angry, but I won’t flip out on you like I used to. I haven’t drank alcohol in a really long time, and when I’m feeling stressed, I hike through the greenery, instead of rolling it up in a piece of paper and lighting it on fire.

She was too busy covering her pain and then learning how to heal from that covering.

My 20s were spent finding myself. I mean, of course I know who I am—I’m Caitlin Grace-Ann Winkley, born April 23, 1984. But, for real, “who the f*ck am I?”, beyond my physicality and the issues I was sorting through, was the question that took all of my 20s to find out…and when I did, I liked the answer.

Toot toot! Yup, that’s me tootin’ my own horn, because I’m actually alright.

With social media highlighting the glorification of everyone’s coupledom, it’s easy to feel bad when you go to the meat counter and order a serving for one. “How many servings of salmon for you today, miss?” The same as it was last week, and the week before that…one.

One serving of salmon, with one girl eating it, in her one condo, with her one cat.

Yeah, it’s easy to feel bad about being single.

However, it’s also easy to feel fantastic about being single. I’ve had amazing life experiences. I’ve been in serious relationships and I’ve been in casual encounters. I’ve lived with a partner and I’ve lived with roommates. Being single has given me the opportunity to work on myself. While creating the statue of David, Michelangelo said that David was in that stone all along, he just had to chip away all of the excess pieces. I’d like to think of myself as Diana, the female David.

If I had settled down with someone while in my 20s, there would have still been excess pieces around me. I wouldn’t have been fully formed. We attract our partners based upon the level that we are at.

I would have attracted a life partner based upon an unhealed, unformed part of me. That would have been a disaster.

All of my past relationships and courtships were a necessary, integral part of my spiritual growth though. Now, I feel as though the Diana within has begun to really take shape. You can see her beautiful curves and the undulating waves of her hair. Whenever I feel as though I need a little more definition, I just take that chiesel out.

There’s always room to grow. But, in order to grow, you need to have enough nutrients. My 20s were spent cultivating nutrients. My 30s will be spent nutrient dense. No, I’m not referring to the superfood green smoothie I had earlier today. Well, I kinda am. But, more so, I’m referring to the deep spiritual practice of loving myself that I’ve developed.

I’m talking about waking up every morning and looking this girl in the eye and saying, “I love you and I will be here for you everyday for the rest of your life.”

I’ve started to become comfortable with being my own life partner. Who else is going to literally be with you every day until death do you part, besides yourself? Do I want to get married and have babies?

Right now, I’m enjoying who I get to wake up with every morning. She sometimes has some gnarly morning breath and crazy hair, but I’m alright with that.

I love her anyway.

“You, yourself, as much as anyone in the entire universe, deserve your love and affection.” ~ Buddha

30-something Caitlin will be busy giving herself love and affection. And if a special someone else comes along and wants to join in on the party of love, she’s already got a stamped envelope with an invitation inside. 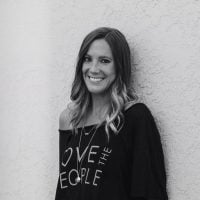