When Food Becomes a Religion. 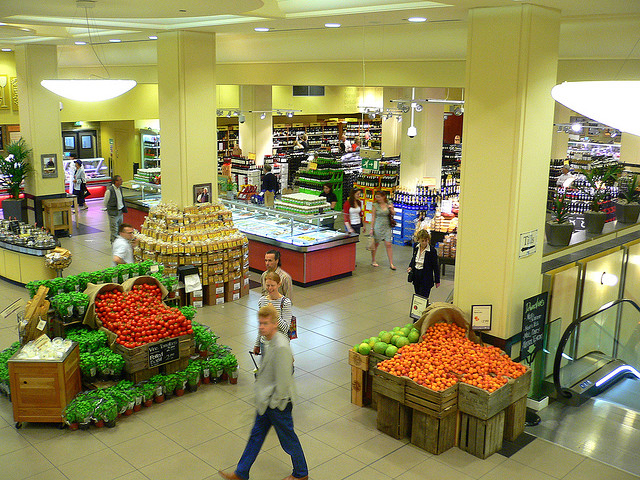 If you asked me what my religion was, the answer you would’ve received for the majority of my life would be, “Nothing.”

I didn’t grow up in a religious home. I never attended any sort of religious ceremonies, not even on holidays or special occasions. However, by my senior year of college, I had discovered a religion of sorts, although I wasn’t aware of it at the time.

My religion was the cult of healthy eating.

Growing up, I had a diet which made the Standard American Diet (SAD) look good by comparison. Nearly everything I ate was processed and full of sugar. There were no dietary restrictions for me growing up, so if I wanted breakfast to consist of a can of soda and nothing else, then that was perfectly acceptable.

Given that I was young and had a high metabolism, I never had an issue with my weight. At one point, I was actually underweight. However, by the time I was in my late teens and early 20s, my diet was affecting my health. For instance, I had horrible energy “crashes” caused by spikes in my blood sugar followed by extreme lows. Furthermore, even though I was thin, I was not healthy. I was always sick and feeling rundown in general. As an avid reader of fashion magazines, I stumbled across articles and various book reviews on healthy eating.

Simply put, these articles and books I read on nutrition changed my life.

The real turning point came when I moved to London for graduate school and worked part-time for a organic health food chain that was later acquired by Whole Foods. Not only did I get a major discount on food, as well as a ton of freebies, but it was the first time I became acquainted with what I latter dubbed “food cultists.” Even though I was eating and feeling better than I ever had in my life, I learned it simply wasn’t good enough.

Instead, my diet was “wrong” if not downright “dangerous” because I still ate dairy. (Albeit, it was local and organic, but still wrong.) Then it was wheat, then any form of gluten at all.

In all fairness, my new acquaintances were not acting out of cruelty or even from a perch of superiority. Rather, they were really sincere in their beliefs and like evangelicals, were convinced they were doing their duty by “educating” me and others.

And I have to admit, that the more dietary restrictions I imposed on myself, the better I felt…at least emotionally.

I felt that, somehow, I was more enlightened than the vast majority of others around me. While waiting in line at the supermarket, I no longer browsed through the magazines. Instead, I would look at the purchases of those ahead of me and silently marvel that these “misguided” people were actually going to eat this stuff.

By the time I returned to the U.S. in the early 2000s, I probably had or was very close to having orthorexia—an obsession with healthy eating. At one point during a visit home, my mother voiced her frustration that cooking for me or even going out to a restaurant was an exercise in futility because there wasn’t anything I would eat.

While I eventually did loosen my grip on my excessive food restrictions, I thought that what I experienced was unique. It turns out that it was not.

In fact, just Googling “orthorexia” will pull up millions of entries.

If anything, it’s probably increased since I first fell into its grips, thanks to the rise of food bloggers, celebrities like Gwyneth Paltrow and others, who go on and on about “clean” eating.

In a recent column for the UK-based The Daily Mail, writer Sarah Vine, talks about this and her own experiences with orthorexia.

“This modern fad is driven in large part by vanity—eat clean and you will look and feel better—but also by opportunity. Quite simply, consumers in the West have easy access to affordable, fresh food all year round. There’s no need to live on a farm or belong to a collective in Wales.

In fact, there’s something of a class element to the whole thing: the rich eat clean, because they can afford to; the poor eat what they can afford, which is no longer simple fodder—potatoes, vegetables, cheap cuts of meat—but highly processed, high-sugar, high-salt foods that will send them to an early grave.”

It takes money to “eat clean.” Even though I got a lot of my food discounted or free in London, I was suddenly spending a lot more of my very modest paycheck on food.

One man I know who was at times very anti-gluten, anti-sugar, and anti-meat (sometimes all at the same time), was appalled at the advice some well-meaning friends gave him following an expensive divorce—that he stop shopping at Whole Foods. He shared that he didn’t care if he had to go into debt, he wasn’t giving up his beloved chia seeds, organic teas or gluten-free food for anyone.

If all this seems a bit dramatic and unbelievable, it isn’t.

As Dr. Steven Bratman, the man who coined orthorexia says, “As orthorexia progresses, a day filled with sprouts, umeboshi plums and amaranth biscuits comes to feel as holy as one spent serving the poor and homeless.”

While I have no desire to return to the diet of my childhood, I also have no desire to live as someone suffering from orthorexia. In my case, learning that there aren’t any forbidden foods and even the rare slice of processed chocolate cake topped with day glow colored frosting isn’t going to kill me has been helpful in conquering that.

For those that suspect that they may have orthorexia, I urge them to seek out professional help. While healthy eating is essential to living a good life, it’s arguably not much of a life at all if all the joy and love of food is taken away and replaced with anxiety and stress and worry that our diets aren’t good enough.

There’s something to be said for eating, drinking, and being merry.

How to Heal Your Relationship with Food.