How We Can Support the Third Intifada Online. 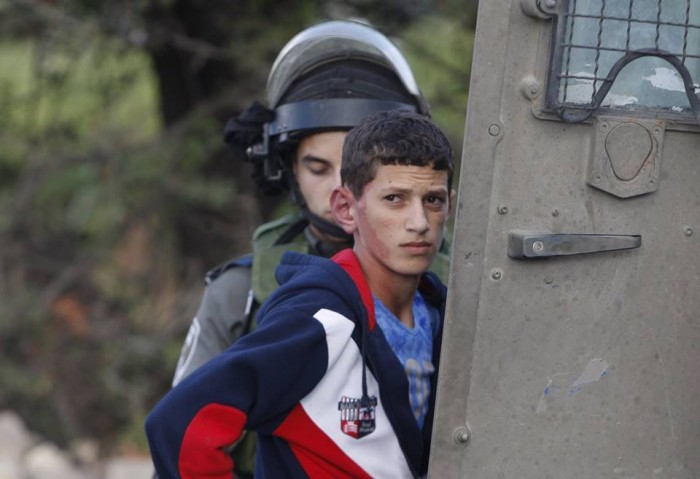 The Third Intifada has begun. “Intifada” (literally “shaking off” in Arabic) is the name Palestinian popular revolts against the 68-year Israeli occupation have taken.

The First Intifada lasted from 1987 to 1991 and the Second Intifada from 2000 to 2005. Now the Third Intifada has been officially declared, after months of escalating provocations by Israel against the Palestinian people and, particularly, around the Al-Aqsa Mosque in Jerusalem.

Palestinian casualties are escalating every day and well over 1,000 have been injured recently (Israelis are getting hurt as well, although in much smaller numbers), as many people on social media are expressing a sense of despair and helplessness at their inability to effect events on the ground or the collusive policies of their own governments.

They are asking, “What can we do” to support Palestinians? Having just spent a year focused on organizing on social media for effective action following last last summer’s “Operation Protective Edge” Israeli attack on Gaza, I will try to offer at least some preliminary answers to this question.

These moments of open conflict are also an opportunity: suddenly the world is paying attention. Expect to see a surge in social media activity as people race to search for alternative sources of information, people to talk to, and opportunities to take action.

Last year’s surge took Naomi Wolf’s page from a reach of less than two million to more than four million in three weeks, brought JFJFP (Jews for Justice for Palestinians) a precipitous rise in Likes that got a lot of people’s attention, and saw people like Denny Cormier, Robert Martin and Giselle Dussault go from private to public figures.

The surge on my own Friends List was such that I created a separate group that quickly became Humanity for Palestine, one of several groups born at the time. The Third Intifada Surge is already upon us, and it is a chance to reach more people, change more minds and launch more visible actions that should not be missed.

Go beyond posting and commenting.

While platforms like Facebook are very effective in connecting us, they are also very effective in wasting our time once connected. People get stuck preaching to the choir in echo chambers and substituting strong words for action. Some go to the opposite extreme, wasting their time debating in forums where they convince no one. After a certain period of frenetic activity, a feeling of despair starts to set in, as people realize that they are having no effect on the actual situation.

But so many people expressing their powerlessness and helplessness, in fact, have tremendous power to help, if they can organize and focus, think strategically and act with discipline. Taking back our power and agency as global citizens means moving beyond mere imitation of the vapid pundits that saturate our TV screens, beyond platforms that are literally designed to waste our time and replace action with talk—as seen on a lot of social media platforms. Do not be content with the traditional ways of using them—experiment, try to tweak them to fit your purpose rather than letting yourself be dragged into the bad habits they encourage. Emancipate yourself from the conditioned circularity of posting and commenting and start to apply a logic of real-world action. That is the beginning of a thought process of how to really get things done.

Know our role, set your goal.

Our role as non-Palestinians in the global solidarity movement is to support the Palestinian people in their struggle against occupation. Real change on the ground begins with global public awareness leading to increasing political pressure on Israel. Our mission online is to win hearts and minds for Palestine, especially in our own countries.

We can debunk lies, disseminate facts, and help get the words, works and stories of Palestinians to the world. We can share information on BDS actions, protest rallies, petitions and Twitter storms. We can let Palestinians know the world is with them. We can pressure major news media to correct factual errors, carry stories they are not covering, and provide a more balanced perspective. Finally, we can let our political leaders and candidates know this is an issue they will be held accountable on.

If you need support for an action you want to organize, the people you need to help you—graphic designers, copy editors, translators, contacts on the ground in Palestine—are all out there. First, be sure to check whether the kind of action you want to take is not already being done by existing groups, in which case you can avoid reinventing the wheel and simply join them. Those with skills they want to put to use, or looking for someone with certain skills, can try posting on existing pro-Palestine Groups and Pages, and even on their own walls.

Structured organizations have advantages and drawbacks. They can mount complex actions, but they also demand tremendous effort to build and maintain and they are easy targets for attack. In practice, it usually takes about three to five people to mount a given action, and the same team can produce multiple actions sequentially.

Small teams are easier to maintain than large groups and tend to be more stable, as its easier for everyone to bond on an individual level. Teams can then ally with other groups as necessary for specific types of expertise or broader dissemination. Such an approach of small-scale self-assembly around individual actions may be more flexible, resilient and difficult to attack than large organizations.

Mobilizing small teams around specific tasks is easy to do. Established groups, pages and organizations can help where larger-scale dissemination is need. Last October, Naomi Wolf wanted to send a condolence card to the family of five-year-old Enas Khalil, killed in a settler hit-and-run. Through the spontaneous involvement of five or six people, the card was designed and delivered in days as a full-color banner with more than 2,000 messages from around the world. Such a “pick-up team” approach can be applied to all sorts of other actions.

Facilitate the learning and action curve for new arrivals.

People will be looking for ways to volunteer their time and skills. The existing network of experienced individuals, teams, groups and real-world organizations can help orient them. Circulating lists of key pages, groups, websites, organizations, reading lists and reliable sources of information is one way to to that. Setting up a “help wanted” site and/or Facebook Page to centralize offers and demands for volunteer work may be worth considering.

Social media is not just a means to get and share information, but to network and to mobilize networks to take effective action. Small numbers of people can achieve a lot online. Those who are already involved can help newcomers find their way. You don’t need organizations or leaders––just connect with people you work well with, choose an action you want to achieve and get started.

Small teams focused on individual actions may be the easiest and most effective way to do that. Hopefully these initial thoughts will be the beginning of a deeper discussion on online citizens’ action for Palestine as we look for more effective ways to use social media to bring about the change in public opinion and policy that can help Palestinians finally shake off the yoke of 68 years of oppression.

Disagree with an Op-Ed or opinion? We’re happy to share your experience here.