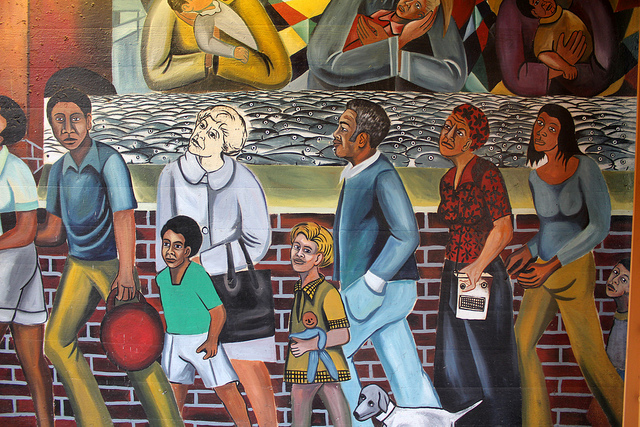 “Hurry up,” my mother would say. “Don’t keep your father waiting.”

Whether it was waiting for dinner or waiting in the car while we picked up groceries or just waiting while someone ran back inside to get something they forgot, “keeping daddy waiting” was definitely not a good idea. In fact, keeping people in general waiting would become a dictum I lived by until ironically enough I would learn something entirely different when, in the middle of my life, I would marry a man who had Parkinson’s disease which—believe me—keeps everybody waiting.

“What do you do in there?” I asked my husband about what had become his seemingly over long showers. “You used to be in and out in five minutes. What happened?”

Finally, he explained to me that it was hard for him to move his arms in the repetitive back and forth motion needed to wash his chest or shampoo his hair. He could do it, but it took concentration and the more he tried to speed up, the slower his arms would go so it took him longer—a lot longer.

Eventually, it seemed that things taking a lot longer crept into every area of our lives.

If we went out and he had to pull money out of his wallet to pay for something, his hands would tremble and his fingers move like the Tin Man in The Wizard of Oz. A day came when I felt people shuffling their inner feet, some shuffling even their outer feet, as they waited impatiently in the grocery store line for him to get his card out.

“Maybe you should get your card out before you get into line,” I suggested one day after we got out to the car.

“I’m the one with Parkinson’s disease,” he said evenly. “They can wait.”

He said that he didn’t feel angry or bitter or even apologetic about making people wait. He just felt that he needed to accept that Parkinson’s disease slowed him down, and that if it meant keeping people in line in the grocery store waiting, then that’s what it meant.

His words went entirely against how I had been raised and I remembered my mother’s prohibitions about not keeping my father waiting. “Oh, I’m so sorry, I’m late,” I would say. Or even if it was only a minute after the appointed time, “Sorry to keep you waiting,” Sorry, sorry, sorry.

My husband explained to me that if he made himself hurry or if he tried to move faster because he was running a few minutes late, Parkinson’s wouldn’t let him speed up. Just the opposite, in fact. If he pushed, Parkinson’s pushed back—and it always won by slowing him down even more.

“I have to come to terms with this disease,” he said, adding that it was bigger than him and that if he got into a struggle with it he would surely lose.

“But it embarrasses me when you keep people waiting,” I insisted. “People don’t care that it’s because of Parkinson’s disease that you keep them waiting.”

“Whoa, whoa, whoa,” he stammered, putting his slightly trembling hand out like a traffic cop. “Stop.”

I turned to look at him.

“You gotta understand something.”

I’d had my key in the ignition, ready to pull out of the parking lot.

And that’s when the light went off for me. That’s when I realized that the seed my mother had unknowingly planted in me had not been so much a “we don’t want to keep daddy waiting seed,” as it was a “your time isn’t as valuable as everybody else’s seed.”

Funny, how things so important can happen in such unimportant ways. Was it because we’d been struggling with Parkinson’s and all the changes it had brought into our life and were used to having lots of deep conversations? Was it because with my embarrassment I had brought forward a childhood scene? Was it because of his newly softened voice that I listened to him more closely? Who knows. But sitting there in that parking lot outside a grocery store, with his simple words, my husband had pulled out by its roots a seed that had been planted in me when I was a child.

Eventually my husband and I would go our separate ways and, while I would remain ever-so-grateful for the time we had together and all that it brought me, I would also never forget his words of wisdom that day in the car outside the grocery store.

Translated, of course, the little girl in me heard that, contrary to what her mother had taught her, her time was as valuable as everybody else’s, including her father’s.