She Was a Blank Canvas. 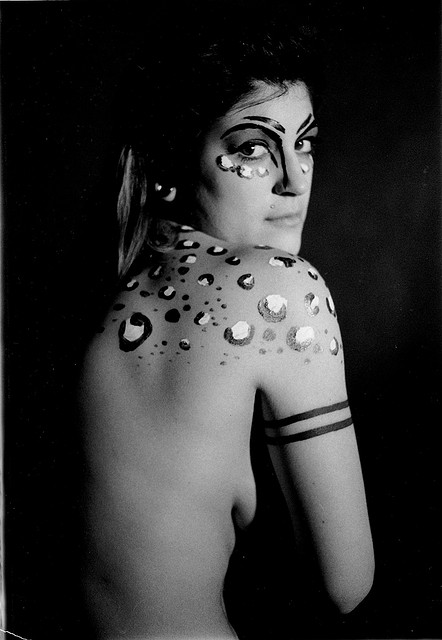 “She felt like a beginning. A clean canvas, ready to be painted. A gorgeous new idea. ~ Ruthie Knox

She was a blank canvas.

Not one that was empty, pale and white, but rather one that held the infinite possibilities of hope—like broken hearts do.

She was blank—ready for a new beginning.

She had spent time, not erasing her mistakes, but turning them into something sublimely beautiful.

Because she was the type of woman who always searched for meaning within the pain—the kind of woman who believed that everything happened for a reason.

This woman had been a masterpiece at one point, but then she began listening to the critics.

And she let herself become concerned with her messy lines and chaos of color.

She felt insecure about the texture that rippled just below her surface.

And so she took an eraser to herself and her life, and she ended up looking like everyone else.

She said “please” and “thank you” and never let herself get carried away by the light of the full moon.

She became neat, tidy and boringly acceptable and she never dripped off the canvas with an unquenchable desire for life.

But the thing was—all those critics and their harsh comments slowly began to kill her.

No matter how she changed herself—she never seemed to be good enough.

She never really was able to fit in like everyone else—and it was only then that she began to wonder if she was even meant to.

So one day when the wind was blowing piercing hope from the North, this woman woke up and realized that no matter how messy she is sometimes, painting in unknown colors—this is who she was meant to be.

And not only was she okay with that—she knew she wouldn’t want it any other way.

So she told all the critics to f*ck off—all of those who had an opinion about how her canvas should look.

And she never looked back.

She set off on an adventure to live—to color herself with as many experiences as possible.

She spent years creating ribbons of crazy mistakes using every crayon in her box—and then even making up a few new shades when she felt the need to color outside of her old and outdated lines.

She cried rivers of watercolors that puddled against her glorious easel.

She tried hanging herself in fancy gleaming galleries, and she tried seeing if she could give herself up to the highest bidder.

She let others play with her paintbrushes, and even let them melt hot wax against her cool canvas.

But in the end, they weren’t really the artist whose imagination she craved—because no matter how wonderful it felt to be played with—they just never really were able to bring out the beauty of who she really was.

She was after an artist who would take his time, caressing her corners and layering paint slowly and expertly until she was thick with passionate beauty.

She was the kind of art who we’d have to get close to, because every time we looked at her, we saw something new.

The kind of art that isn’t meant to be hung in a gallery of white walls under bright lights for all to see, but one who is meant to be part of a private collection.

Hanging against mahogany walls with the chocolate browns of rich leather, the smell of Cuban cigars and the sound of Jameson on ice—a room that booms with the deep voice of a man who knows what it means to truly appreciate an original.

She knows now that not everyone will appreciate the kind of art who she is.

They won’t see her words as ways to break apart the soul and make new space for light.

Not everyone will crave the taste of her lips like a 10-year-old Highland scotch.

And most won’t ever take the time to wander across and through her hills and valleys exploring her curves like it was the very first time.

She is okay with that now—for she knows that she is an acquired taste, one that not everyone has the palate for.

And so she made the choice to start fresh—to embrace the beauty of being a blank canvas.

While there may be a few stains left behind or scraps on the canvas marking those experiences that just helped her become even more valuable—she has made the choice to start over.

Not that she is perfect—but simply because she deserves declare any time that this isn’t the end.

This isn’t how her story will be played out and it most certainly is not yet the masterpiece of her life, that she wishes to leave behind as evidence of a breathtaking life.

She is cool and calm, reveling in her blankness, ready and open for whatever life may color her with—her passion lying in wait sizzles with the expectancy of a thousand bolts of lightning and just one kiss.

Because sometimes all it takes it just moment of inspiration to create the greatest masterpiece of our lives.

The Art of Reinventing Ourselves.