When the Other Woman is His Mom. 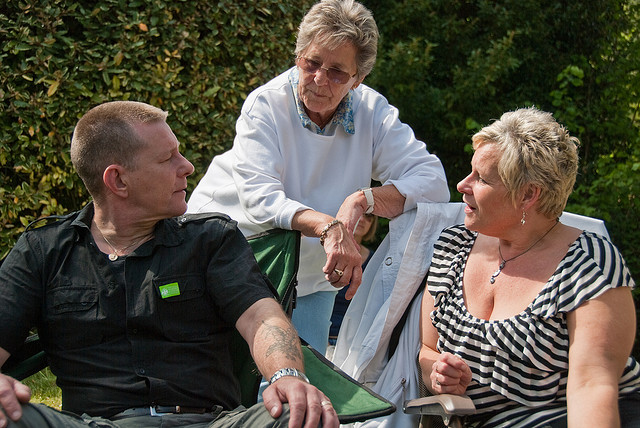 Growing up, one of my mother’s small pleasures in life was to subscribe to women’s magazines.

One of my favorites ran a feature about a marriage in trouble.

Once I was was 11 or 12, I read about a woman who decided to divorce her husband of several decades, because of what she deemed his overly close relationship with his mother.

I recall the frustrated woman saying something to effect of, “I could take it and maybe even win if it was with any other mother. However, I cannot and will not compete with her. It’s impossible.”

Fast forward several years later, and I found myself in a relationship with a man who seemingly idolized his mother.

Given my own history of family dysfunction, I thought that this was a good thing. Whenever he spoke about his mother, it was always in terms of love and respect. However, as time passed (we were together for nearly three years) I found myself echoing the same words as the subject of that long-ago article.

I learned the hard way that it is possible for a man to be too close to this mother.

It’s also not uncommon for the mother to act as an enabler.

In the case of the man I mentioned, I later learned that she not only supported but actively encouraged him to leave a long-term partnership for another woman who lived across country and whom he knew for a less than a week.

Sometimes, it really isn’t easy to spot these unhealthy relationships because they often come across as simply close and supportive—things we invariably view as healthy and positive.

However, here are some red flags I saw and mostly chose to ignore—until it was too late:

1. He has an extremely idealized view of his mother.

Looking up to a parent is one thing, but no one–including a parent—is ever perfect. Usually in these situations, the father, stepfather or father figure is presented as the bad guy. While there are situations were people did grow up with less-than-great or even bad fathers, most acknowledge there are grey areas and even the “good” parent had their flaws. However, it is not the case in these situations. It is even more worrying if he says that no one will ever be as good as his mother.

2. There is a lot of over-sharing.

Being close to a parent is one thing. Turning to them for advice when in a relationship is natural and normal. However, telling them every detail of your personal life is quite another thing, especially once you are in relationships with others.

In my case, my then-boyfriend shared very graphic, intimate details of our sex life and did so without my permission. Likewise, she also shared details of her sex life with him.

3. Your gut is telling you something is off.

There is something to be said for that old gut instinct. While my ex tried numerous times to assure me that all was okay and normal, I knew it wasn’t. Not that I wanted to believe the worst, but the nagging feelings that something was off never went away, even when I tried to ignore it.

4. She is acting more as an enabler than a supporter.

An enabler may often be mistaken for a supportive parent, but there is a big difference between the two: the latter will support her son, but also point out when he is doing something that is hurtful or detrimental to himself or others.

For example, if he wants to leave a relationship because he feels it isn’t working, supporting that is quite understandable. However, if he wants to leave and simply cut off all ties to his former partner including any obligations they had together—a home, debts they jointly incurred or even children—then that is enabling.

Furthermore, an enabler will never point out or suggest that he may be at fault at well. Much like the idealized picture he has of her, it is always the fault of the other person.

So, when we find ourselves in this situation what do we do about it?

In my experience, this is probably a case where professional help may be necessary if there is any desire to salvage the relationship. However, even that may not be enough.

Sometimes, much like when we discover our partner is a narcissist, the best thing to do is to end things especially if we have reached the point where it is negatively affecting us on a daily basis. It may not be easy, but it can save us a lot of grief in the long run.

We can also learn lessons from this as parents or if we ever intend to become parents. Having appropriate boundaries , especially as they grow, is important in maintaining healthy relationships with our children.

This in turn gives them the tools necessary to form their own healthy, happy relationships when they are adults.

The Difference between Asserting Boundaries & Being Controlling.