If My Boundaries are Crossed: What Does that Mean about me? 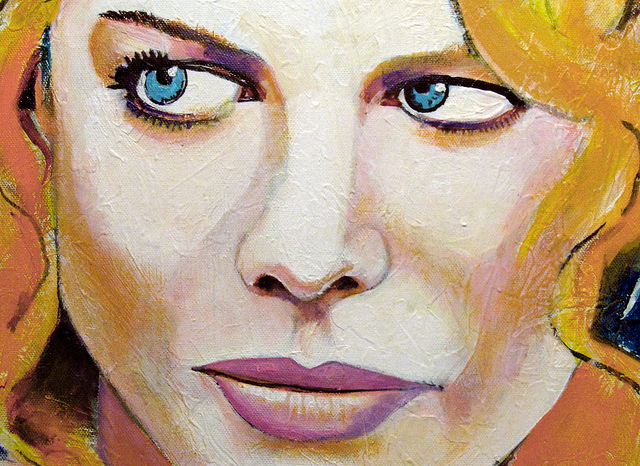 “Boundaries allow us to take better care of ourselves—emotionally, mentally, spiritually and physically.”

I often ask myself why I would set a boundary—whether it be with a friend, my children or even myself—and then cross it.

I’m starting to realize that the boundaries I set are sometimes not really even mine, and maybe that’s the problem.

I’ve set a lot of boundaries based on “shoulds.”

Catholic guilt—“right versus wrong”—I “should” want to do this. I “should not” want to allow this.

I’ve set some boundaries with my children that are only there because I think I “should” have them—but if I’m really honest, many of them don’t ring true for me. Therefore, I allow my kids to cross my boundaries at times, like many of us often do.

For example, my parents never allowed us to sleep in their bed. If you read any parenting book, the experts will tell you it’s a bad habit you don’t want to start, because you’ll never get them out.

So I allow my boundary to be crossed. And yes—I acknowledge that I’m not being consistent with them or with myself.

And I make that mean a lot of sh*tty stuff about myself.

I’m weak. I’m a pushover. I’m a bad mother. I’m never consistent. I can’t hold myself up to any high standards I place on myself.

Wow. Is anyone else this hard on themselves when they don’t stand behind a boundary they’ve set?

I think the most difficult boundaries we set, and have to try to uphold, are those with friends, family and even lovers. These are the people we love most. And we don’t want to disappoint them by not being there in the way they need us.

But let’s admit, sometimes we give in. We feel guilty. We feel that we aren’t being a good friend, daughter, sister or partner if we don’t give people what they want.

Are we really weak, spineless people because we allowed our boundaries to be crossed?

Yes, I acknowledge that certain people won’t take me seriously if I don’t stand my ground and say, “no.”

I own that people may not respect me as much when I can’t be my tough, badass self and hold firm to a boundary I have put in place.

But I’m human. And sometimes I f*ck up or give in.

A good friend challenged me to look at the boundaries I’ve set. He said most of them aren’t even mine. They are ones I put on myself, and dole out to other people, so I can fit into some “idealized version” of who I want to be—instead of who I am.

Yes. I will own that. Because when I’m 100% sure about something, nobody on the planet is going to cross my boundaries. So I’m realizing—maybe we need to all ask ourselves some tough questions, before we put boundaries for ourselves or others into place.

This requires us to be rigorously honest with ourselves—because if we’re setting one because of a “should,” we aren’t going to stick to it. Any boundary I have allowed to be crossed came about because I never really wanted it there in the first place. I put it there because of some other standard I’m holding myself to that isn’t mine.

Although I very much want it to be mine.

Some questions you may want to ask yourself, before you put a boundary in place:

1. Do I really want it there? Or am I placing it because I think I “should”?

2. Can I really stick with this boundary, or am I going to cave in when I feel weak, tired or guilty when the other person pushes back?

3. Does this boundary protect me and give me what I ultimately want—whether it’s more time, less drama or being released from taking on somebody else’s stuff (financial, emotional, etc)?

4. Does the person I’m setting the boundary with understand why I’m doing it, and if not, am I willing to be honest with them about why I’m setting it?

Lastly, if you allow people to cross your boundaries—do yourself a favor, and don’t beat yourself up over it. Just get real with yourself.

Why did you allow it to be crossed in the first place? And are you willing to look at why you put it in place and if it’s really authentic to you?

If not, adjust it—reset it.

Remove it all together, if that’s what feels right, but give yourself another chance.

We are all human after all, and sometimes we don’t practice extreme self-care in the moment. It’s sometimes easier to give in, and when we give in, it’s an opportunity to ask ourselves what we really want.

Because once we can answer that question with 100% honesty, we won’t set a boundary that can be crossed. We’ll be strong enough to stand by it, because it’s one we truly believe in.

3 Clues that We Need New Boundaries.