Late Life Divorce: Why Love is Lovelier the Second (or Third) Time Around. 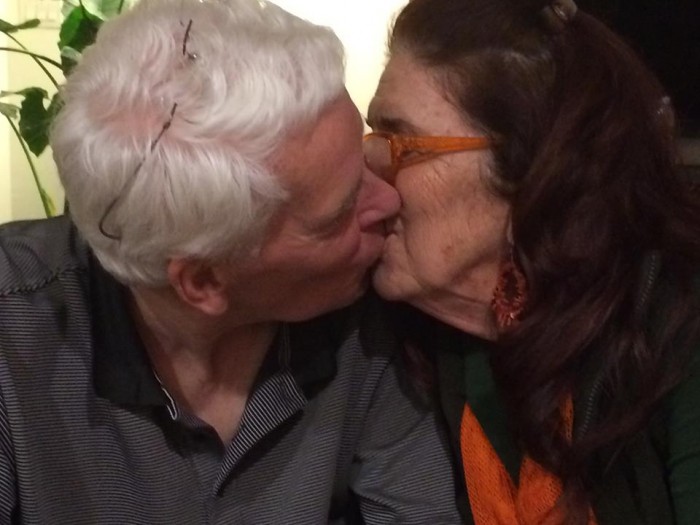 “I know we met because of an ad on Craigslist,” he was saying, “But I’m new at this kind of thing and don’t really know the rules, so I’d like to ask you something.”

It was a beautiful sunny morning in Tucson, Arizona and the stranger sitting across the restaurant table from me was, in my 73-year-old dating mind, “perfect.” Handsome, in good physical shape. Professional. Articulate.

I was definitely interested and decided right then and there, whatever he wanted to know about me, I would tell him the rock-bottom truth.

“Why did you leave your prior marriages?” he asked.

In my mind’s eye, I pulled up the picture I had stored there of me sitting on the patio at my house; the house in which I had raised my children, the house which had the 30 year mortgage almost paid off, the house with the dogs, the camper, the back yard BBQ’s and the Thanksgiving dinners.

That house. The one where—when my children began to leave—they took my resolve with them.

“The short answer could be “empty nest syndrome,” I told the man sitting across the table from me. “But that wouldn’t be entirely fair because that would be putting the responsibility for my happiness on my children and that’s not the truth of it.”

My new Craigslist friend sat and listened while I told the truth of it; while I told how I never really felt the marriage had been a fit for me. About how I struggled to make my values, goals and ideas of life fit my husband’s and about how I tried to get on the same wave length as him, a man who worked 70 hours a week to support me and our children, because I felt he deserved at least that much. I finally also told the truth about how depressed I’d been all of the 30 years of that marriage and that it wouldn’t be until I sought professional treatment that I would begin to feel that I didn’t have to continue to squeeze my round self into the square hole I’d dug.

“He was a really good man,” I said.  Explaining that I was 19 years old when I got married—still a virgin even —“but what did I know, other than I couldn’t go to college, was that I didn’t want to work as a file clerk the rest of my life and that marriage was the only other option I had.”

I left because I had gotten to the point that I could no longer live with a decision I’d made about myself and my life at a time when I knew next to nothing about anything.

Looking around me today, I see lots of people leaving their long term marriages. Some of their reasons match mine, some of them don’t. I see people who no longer want to live life based on the expectations of others. I see people who in retirement are now spending 24 hours a day with each other when for decades 10 out of 24 had been just fine.

I see people who are disappointed in the way their lives turned out and they still want to go for the gold and people who get sick and leave because they don’t want to burden their spouse or people who leave because they don’t want to spend their lives taking care of the sick one. I see people who leave over money, over dementia, over wanting to move to closer to the grown children, over sex or over finally being able to watch all the football they want or being able to keep the house as neat/messy as they want.

For as many marriages there are reasons and I had mine—more than once, in fact.

I now realize that all those 25 years ago—when I got divorced the first time—I was part of a trend.

According to an article in the New York Times:

“Late-life divorce (also called “silver” or “gray” divorce) is becoming more common, and more acceptable. In 2014, people age 50 and above were twice as likely to go through a divorce than in 1990, according to the National Center for Family and Marriage Research at Bowling Green State University in Ohio. For those over 65, the increase was even higher. At the same time, divorce rates have plateaued or dropped among other age groups.”

But as someone who came of age in the good ol’ days of suppression — the 1950’s — these “silver” divorces don’t surprise me in the least. It took me almost two generations to give birth to the woman I was meant to be, the one who had been stolen from me in an era in which conformity was king, keeping up with the Jones’ was a measure of one’s worth and women were encouraged, even trained to accept roles such as “the little lady” or “the lady of the house.”

Back in the restaurant in Tucson, the waiter came over to our table and offered to bring us some hot coffee; ours having gotten cold while I spun out my story.

It had been a lot to tell—but I needed to tell it again as much to me as to him.

“It seems to me,” said the man sitting across the table from me—the man who would ultimately, without batting an eye at my “track record”—become my third husband, “that while you may have been divorced two times, you’ve actually had two very successful relationships.”

He was right. I had. They were successful relationships—each one was perfect for the time and place in which it played out.

What a beautiful way to look at it.

He and I were married six months later and today I can honestly say that both of my silver divorces were worth it. “Love is lovelier, the second (or even third) time around…”