One of the Easiest Ways to Get Your Kids to Put Down Their Cell Phones. 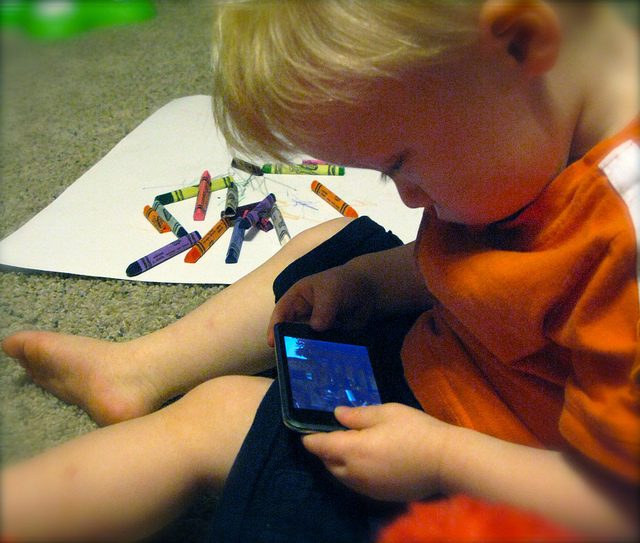 I recently played hookie, pulled my three girls out of school and left to live on a farm for the weekend.

Like most parents the thought of traveling without iPods, video players and cell phones sounds a bit tortuous.

At first the older girls were a bit concerned about ditching school as one indicated she would be missing a couple of tests. Once we were on the road I could see she was more open to the idea.

This wasn’t the first time we visited the farm. The girls knew ahead of time they could use technology during the ride but once we arrived they would be told to put them away.

One might think getting your teen off a cell phone would be nothing more than making a simple request. However, if you are a parent you know that is not always that easy. Some typical responses include: I need it to take pictures, I want to listen to music, can’t I have it just a little bit longer, I need it for homework or I am not even using it.

Sometimes I literally feel as if I am asking them to cut their arm off.

Before attending the farm I had been preparing for a presentation on power struggles. It had been awhile since I presented on the topic and I must admit I needed some brushing up in this area. The older girls and I had been butting heads about phone usage and I was finding more often than not frustrated with the whole thing. Sometimes I would come on strong while other times I would give in. My hope was this trip would somehow restore balance in our relationship.

Once we arrived at the farm it wasn’t long before my girls had met a friend. Coincidentally the friend’s parents sat next to me in the pool area. I introduced myself and said, “It looks like our kids are hanging out.” The father quickly responded, “Is he on his computer?” I replied, “No, they are just talking.” “Oh, good” he said, “I have to keep my eye on him.” I replied, “No worries, my girls phones are locked in the car and I have the keys in my pocket.” In that moment, I realized I was not alone and that other parents were there for the same reason.

Having the time to sit and contemplate without all the usual distractions while absorbing the information I had just pieced together on power struggles I decided I would handle the weekend differently. Rather than be quick to demand or enforce a limit I would give the girls the benefit of doubt. You might say, I was choosing to expect things to go well. After all it was clear to me and the girls we were there to decompress and connect.

I am not sure if it was the sheer beauty of the mountains around us, crisp cool air, the rustling of the leaves, the cool waterfall we found on our walk in the woods or the socializing with other families, but what happened next was quite amazing. The girls asked if they could take pictures and then handed me their phones not once but a few times over the course of the weekend. I was particularly amazed at my 15 year old daughter when she stated, “Here mom, take my phone; I don’t want it.”

Wait, it doesn’t stop there. Not only did the girls relinquish their phones through their own free will but they also thanked me and shared insights such as, “Ya know mom, I am really glad we did this I feel a lot closer.” Even my seven year old who is generally glued to my side suddenly became quite independent.

What I learned that weekend was nature always wins. Technology may seem to have a strong hold and influence on our children and teens, however it will never be more powerful than nature. This is because nature runs off a high vibrational energy. Gautama Buddha said, “We are the same as plants, as trees, as other people, as the rain that falls. We consist of that which is around us, we are the same as everything.” It is through nature we are able to truly get to know who we are again.

Once the girls and I returned to our daily lives I resumed my limit setting. I found our new strengthened connection made it a lot easier to enforce. After our time together I vowed to take more walks with my children, to make sure I played in the leaves in our own backyard, take walks in the woods and to be sure I always took time to build a snowman.

I also affirmed my own personal practice to give thanks to Mother Earth for all that she provides, for supporting my efforts and for helping me to raise healthy, conscious and happy children.

Parenting in a Culture Addicted to “Doing” & Technology. 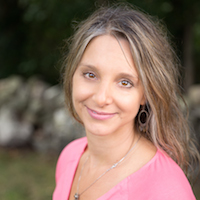