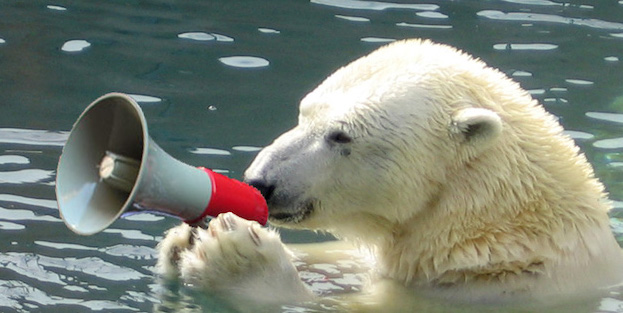 Being involved in both the Palestine Solidarity Movement and the Climate Justice Movement has made apparent several similarities and differences between these two struggles.

Both involve a confrontation with powerful entrenched interests and lobbies that exert considerable control over the political process and mainstream media, and both require a level of citizens action capable of challenging that control.

In the case of Palestine, the U.S. political system is held hostage by a slew of lobby groups led by AIPAC (the American-Israeli Public Affairs Committee). In the case of Climate Change, it is Extractive Energy that funds the lobbyists to obfuscate the discussion around well-established scientific claims.

In a political system dominated by multinational corporate interests, Israel has the particularity of being a country that lobbies like a corporation. The type of entity varies but the mechanisms of control remain the same.

In both cases, and again due to the same control, the Mainstream Media has framed debates in terms that are far removed from the real facts and issues. Palestine is framed in terms of Israel’s “right to exist,” its “right to be a Jewish State,” and its “right to security,” even as the Palestinian people’s claims to the same rights are routinely ignored.

Israeli war crimes and violations of International Law going back to its foundation are not reported, the reality on the ground is not shown, Palestinian voices are not heard—nor those of the growing minority of Israeli nationalist extremists who effectively control Israeli policy and openly advocate further ethnic cleansing and genocide.

Instead, the “Palestinian problem” is presented in terms of “terrorism” against which all Israeli actions are justifiable responses. The only acceptable solution, we are told, is “two states,” even though this inherently denies the right of return of displaced Palestinians to their homes and has been effectively rendered impossible by decades of Israeli settlement building.

We are told that either both sides or the Palestinians alone are to blame for a status quo that overwhelmingly benefits Israel while leaving Palestinians in intolerable conditions, even as ongoing Israeli violations of UN resolutions, signed accords, ceasefires, the Geneva Conventions, and ongoing provocation of the Palestinian people are underreported or not reported.

On Climate Change, we are told there is a “debate” about whether the earth is warming, whether that warming is human caused, and whether it poses a serious risk—when in fact all of these points have long been settled in the scientific literature. False debates, conjured from misreadings of the data, such as the “Global Warming Pause,” consume already limited airtime. Unrealistic best-case scenarios are highlighted and worst-case scenarios ignored, despite the fact that the data over the past few decades has repeatedly tracked the latter rather than the former.

Temperature and sea level rise in future decades are presented as the key risks, while the looming threat of near-term catastrophic climate change due to such factors as the thawing of frozen methane hydrates, feedbacks and exponentiality (all of which are already showing in the data), and the true consequences of temperature rise for human survival are not discussed. The focus is put on minor behavioral and policy changes, when what is truly needed is an immediate and radical global emergency response.

Both debates include interest groups that are inherently resistant to the message of change. The most difficult group to reach on Palestine (beyond Israelis) are Jewish people. Many otherwise caring, rational and open-minded Jewish people often seem to have a mental block on this issue and are unable to discuss it objectively. The fact is that the “Jewish State” is intimately linked to the sense of personal identity of many Jewish people—and even to their sense of personal survival, as the one place on earth they can hope to escape any coming persecution. Some Evangelical Christians see Israel as a ticket to the rapture and some right-wingers see the Israel-Palestine “conflict” as an extension of a global Huntingtonian “Clash of Civilizations” between the West and Islam. There are also some less ideological people who simply do not want to see that they have been sold a false narrative all their lives on this issue.

In the case of Climate, we are all in a position similar to Jews on Israel: the necessary changes imply a rethink that strikes to the core of our very sense of identity—a level of questioning that many are simply not prepared for. In this case, the sense of existential threat has been mobilized around fears of lost jobs, damage to the economy or the furthering of nefarious government agendas, rather than around dying oceans, the collapse of agriculture, or catastrophic methane release.

One key difference concerns the type and scale of action needed to effect change. Palestine is an issue that can be solved through classical political action within the existing system: one simply has to build a critical mass of public support to force the necessary policy changes. Climate, on the other hand, cannot be solved by our existing social system. The changes required are too fundamental, amounting to nothing less than a complete rethink of our civilization, down to its core values. We cannot simply “grow” our way out of this problem, through “green” and “sustainable” versions of what we already do.

One interesting comparison between the two issues is the time scale on which they operate. A single free Palestine is a real possibility within five years, but so is an ice-free Arctic—and with it, a drastic acceleration in the rise of global temperatures and cascading climate effects. According to the UN, Gaza will be without drinkable water within five years, and all of Israel-Palestine will be threatened with the kinds of temperatures the region saw this summer and the kind of drought we have seen in Syria. A Palestinian State could ultimately be a pyrrhic victory, as the land itself quickly becomes unfarmable and even unlivable.

Israel may be seen as a model of how powerful and weaker nations are likely to interact in the coming global climate and resource crisis. The Colonial powers that amassed their wealth through conquest, theft and exploitation of the lesser-armed world will increasingly wall themselves in; marginalize, criminalize and oppress subject populations; steal and control resources; and justify their actions by “self defense.” This is not mere speculation: the Israeli army is already training U.S. police departments and Israeli contractors are reproducing the “Separation Barrier” along the US-Mexican border.

Real change on both Palestine and Climate can only come through mass popular action that will force our “leaders” to follow. In both cases, this can only be fostered by combatting the disinformation that has shaped many people’s perceptions of these issues. But the comparison also shows that people tend to be comfortable with enemies and us-versus-them thinking, rather than on broad, nebulous issues in which it is harder to pinpoint the “bad guys.” It’s easier to focus one’s anger on Netanyahu or Trump, Israel or the Republican Party than to question ourselves, our choices and our basic assumptions.

When it comes to Climate Change, therefore, it could be said that we are all Israelis; happy perhaps to pay lip service to a solution, but unwilling to see our own complicity in the problem, to relinquish our benefits, or to make the moral leap to what a true solution would look like.