The Story of the Wise Woman Within: A Fairy Tale for Grown-ups. 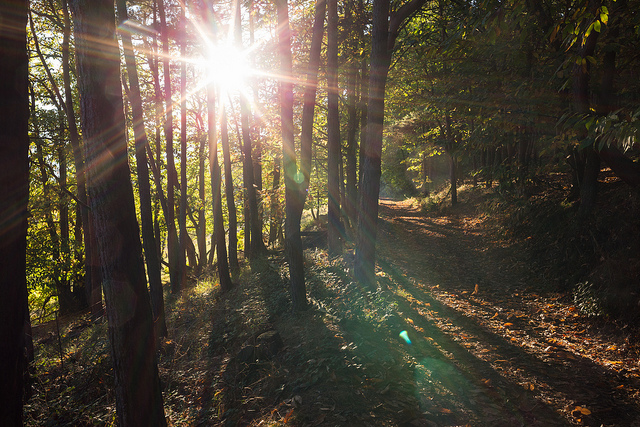 I want to tell you a fairy tale—for grown-ups.

If the idea of a fairy tale makes you want to stop reading and walk away, then you need this more than you know!

It’s about a grown up who’s forgotten how to be a child:

Molly grew up learning how to be good. She learned to be kind and patient and to think about everyone else, and everyone loved her for it.

But once she was grown up, Molly realized that although she knew how to be good, she didn’t know how to be happy.

A friend suggested to Molly that she read some self-help books, and so she went out and bought some. The books told her to write loving letters to herself, and to look at herself in the mirror and tell herself that she was beautiful.

Molly tried hard to do this.

However, every time she sat down to write herself a loving letter, she could not think of what there was to love. Every time she looked into her eyes in the mirror, and tried to say aloud the words the books suggested, the words felt hollow, ridiculous, like they were meant for someone else.

One day, Molly found herself walking through a forest. It was a path she had never come across before. In fact, she’d no idea how she got there. She had just closed her eyes, found herself listening to herself breathing and becoming very still. And that had brought her here.

As she walked along the mossy path through the trees, she noticed a Wise Woman. The woman was just sitting there, looking at her—almost expectantly. She decided there was nothing to lose. And so she went towards the Wise Woman.

As she came closer, she could feel a strange energy, tingling through her body. In an inexplicable way, she knew it was an energy that she and the Wise Woman shared. She knew they were meant to meet here.

The Wise Woman looked at her and waited for her to speak.

“I want to find happiness,'”Molly said, “I don’t know what to do to be happy.”

The Wise Woman said a strange thing, “My child, what do you need?”

Molly was puzzled, and felt a bit cross.

Also, the Wise Woman had asked her what she needed! How useless was that! Didn’t she realize that she’d come here to understand what to do, not to be asked what she needed?

The Wise Woman saw her reaction, and just smiled. And waited. Molly realized that she was being invited to say something. So she thought hard, and then she said, “I need to stop needing so much.”

The Wise Woman considered, head on one side for several moments.

Then she asked, “What is it that you need, my child, that you feel is too much?”

Molly felt stupid, like she was being criticized, got at.

Why did the Wise Woman keep asking the same question?

Then something clicked. She gasped. She looked at the Wise Woman, and into her kindly, knowing eyes. The Wise Woman smiled and nodded. And waited.

Molly saw a depth of knowing in those eyes. Somehow, they gave her courage. She took a deep breath, and began:

“I need to be loved,” she said, almost in a whisper.

‘” need to be listened to…and heard.”

Again—the waiting, and the encouraging smile.

Suddenly, she knew she could say it all. All of it. All the needing and the wanting, the longings she had kept in for so long:

The words were starting to tumble out now. ‘

“I need to laugh out loud, to be noisy,to enjoy myself, to say yes, to say no—to choose.”

Molly stopped and felt the connection. It was so profound it took her breath away.

Then she spoke, very quietly, almost lovingly. The compassion in her voice was so soothing, such a relief, like balm on a sore wound.

“My child, you have always needed to do those things. They were always yours. To experience them was the reason you came. But you had forgotten, and now you have remembered.”

‘When we fall into a place of forgetting, we forget our joy, our power, our magnificence, our freedom. And in its place, we learn shame. You have learned to feel ashamed for being you, my child.

You must forgive yourself.'”

Molly thought and thought, but could not understand.

“I don’t understand,” she said.

The Wise Woman nodded. It was clear that she did not need any further explanation that she knew what Molly meant.

“When we forget who we are, and why we came here, we start to believe we have got things badly wrong, have done things that make us bad. We feel terrible shame. We stop being able to be ourselves, still less to love ourselves. Instead, there is only shame.

You have to forgive yourself for forgetting, my child. For allowing shame to take over. For hating and despising yourself.”

Molly thought about the Wise Woman’s words. At first, they sounded extreme but, the more she pondered, the more she noticed a growing sense inside her that said the words were true.

“What must I do?” she asked

“What would you like to do?” the Wise Woman asked her.

Slowly, meaningfully, Molly stood up. “I would like to laugh, and shout, and dance, and run and splash in puddles! I want to say it like it is—no more pretending, I want to choose, to change, to be free—to be me!”

She was shouting now. And grinning. And laughing. Arms wide, head thrown back.

Suddenly, she became aware that the Wise Woman was no longer there. She felt bereft, as if a part of her was missing.

From somewhere, she couldn’t tell if it was inside or outside of her, she felt a voice. As it spoke, it seemed to vibrate all through her. The air around her sparkled and shimmered.

“You haven’t lost me, my child. You can never lose me, nor I you. We are forever one, always were, always will be. You need only listen, and you will remember.”

Then she heard a peal of laughter—bright, effervescent, full and joyous. It was like a thousand bells tinkling. The air was full. Full of what, Molly could not tell, but somehow she felt a remembering stir in her.

“But for now, beloved child of mine, you need to go and jump in some puddles!”

Forgiveness: A Letter to my Inner Child.