A Thank You Letter to the Father Who Left. 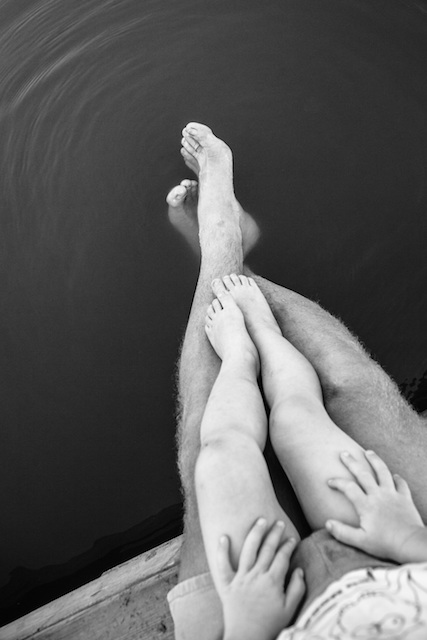 [Note to readers: Having a parent who chooses not to be in their child’s life is one of the hardest things imaginable. I was one of those kids whose fathers left. We often hear from the child’s point of view, but this one is written from the point of view of the mother who, more often than not, has to be both mother and father to the child. The following is true.]

Holidays were always the hardest part.

Even though you were not religious—in fact you were one of the few people I ever met who grew up with no religion whatsoever, despite your Jewish and mixed Protestant family—this was always the time of year that I hoped that you would “remember” that you had a child.

A present, a card, a phone call, a letter—anything. It didn’t matter what it was. I just wanted some sign you remembered.

Of course, you always said that you remembered because each month you had to write a support check that, in your words, put you further into debt, but that was your only presence. You weren’t so much gone or lost—I knew exactly where you worked and where you lived—but you weren’t there. You didn’t want to be and told that to whomever would listen, including your mother, friends and lawyers.

That first Christmas, I told myself that you just needed time to come around to the reality that you had a child and that this child, though not planned, wasn’t going anywhere. I thought in time you might even see the “accident” as a blessing. By the time that second one rolled around and I heard nothing, not even a What’s going on? or Is everyone okay?, I was not longer so hopeful.

I knew you weren’t coming around. Not now—or never.

I wrote a long letter with rational reasons why you should be involved, but never sent it. Some say I threw in the towel, but in my mind I was simply doing what I needed to in order to move forward.

I didn’t have the luxury of time to wait or wallow in pain.

That isn’t to say I wasn’t angry. I was. I was full of rage to the point that sometimes it overwhelmed me. On some days, I feared running into you because I was afraid of what my reaction would be. I had never been physically violent to another person before, but in your case, I could actually see myself doing this.

Even while entertaining these fantasies, I knew that I would never get what I really wanted: the acknowledgement that this person you created existed, and most of all, love.

Still, your leaving was a gift of sorts, even though you never intended it to be that way—nor did I realize it at the time.

It was the gift of release from further pain. I no longer had to worry that Daddy would leave without warning, or that one day that freely flowing love would be cut off almost as if someone suddenly cut the main water line without a word.

That was the most painful feeling of all. I no longer had to fear that or, frankly, deal with the loads of drama you brought.

It was one less thing I had to worry about. I had complete freedom to raise this child as I wanted, and despite the challenges, it was a blessing.

Plus, I stopped wasting valuable time hoping that this day, week or month might be the day you finally came around and knew what you had been missing all along. Even being able to say that aloud—as painful as it was at first (and, to a degree, always would be)—was liberating in a way. When the day came that I could say it without anger, without sadness, and simply state it matter-of-factly, much in the same way I would if I were discussing the price of gasoline, it was freeing.

I came to see that your mess was your own.

Like that one therapist told me, it didn’t matter how kind, nice or pretty I had been. You would have left anyhow given your commitment issues from way before I ever came on board. I could finally stop beating myself up for making those phone calls, those arguments or any of those other things that triggered you.

Therefore, I am being sincere when I say that your decision to walk away was the best gift you ever gave me.

I am also being 100 percent genuine when I say I wish you peace and the ability to come to terms with the decisions you made and the possible fallout from them.

While I wish with all my heart things could have been different, things are what they are, and sometimes we are forced to play the cards that are dealt to us.

So, peace out, but before I say goodbye, please keep in mind that you are still a father—even if you aren’t around.

The One You Left