Handling the Holidays as a Post-Divorce Parent. 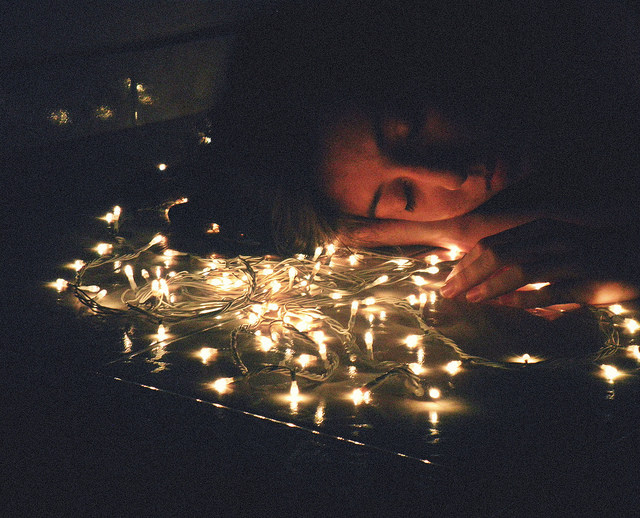 This last holiday season was hard.

This was the second round of holidays after what was a difficult divorce, following an even more difficult marriage.

Things have been processed for the most part, about as processed as they can be at this point. I have moved on with my life in many healthy ways, have discovered and renewed passions that have been in my blood since I was a young girl, have made many soul friends and am truly enjoying my life on the other side of what was nothing short of a life-changing experience.

But, something was different this year.

The dust has settled somewhat, and this is the first year that I have not had my two little girls for Christmas due to our shared custody arrangement.

I knew this was coming, and while friends have been asking me for weeks how I have been, inquiring about my plans and offering to get together, I knew weeks ago that I was going to need some stillness.

On Christmas Eve, while many all over the world were spending time surrounded by family and friends, I sat alone—by choice.

I chose this—yes, I did.

I chose all of this.

I am absolutely certain the divorce was the right decision, given the circumstances. Things were irreparable and unhealthy, but breaking up what we had tried to maintain as a family when my daughters were one and two years old was a major decision, as you can imagine.

As I sat alone on Christmas Eve, eating a salad at my high counter in my home where I often do my writing, I glanced over and saw a “book” that my three-year-old and I had made together earlier in the week. She was proud to tell a story as her mother transcribed it, of a family of horses. Naturally, she chose to title this, A Horse’s Adventure.

“A mama horse and a baby horse were at a mall (of course). They were trying to get to their home, when they fell off of a cliff. The baby horse began to fly, because she had wings. The mother got stuck at the bottom—she was stuck in some “goo.” So, the baby horse flew in and knocked the mama horse out of the goo. They then walked into the woods and it was dark and scary. They couldn’t get out because they couldn’t find their flashlight. And so, they walked. They were still trying to find their way home and one of them tripped on something and…

That something was a flashlight! They then made it home easily because they had their flashlight and they followed the footprints.”

It was after my daughter told me this story as written above, verbatim, that I was overwhelmed with a conflicting sense of pride, that my daughter was just as excited as I was that we were writing a book together, and a bit of concern, because my daughter described the baby horse as having to save her mother.

Was I reading into this, or did my brave, sweet, innocent little daughter perceive me as being stuck in “goo?!” We had a talk later that night, and, to my relief, I was convinced that this was not really the case.

As I ate my salad at my counter on Christmas Eve though, I saw her little book with the rain and the rainbow that she had drawn for a cover design and I started to cry.

I cried on behalf of both of us parents over the fact that things had ended up this way for them. I cried, because I imagined them in their little dresses and shoes that my mother had bought for them, with my ex-husband’s side of the family having a holiday without me. I cried over the fact that they are too young to likely understand why I was not there, even though I did my best to communicate this to them before they left and told them repeatedly that I love them and that I am with them even when they cannot see me.

I cried until it passed.

I chose to allow myself to feel, when I have been having to be strong for a very long time.

I opted this holiday to have my own “Silent Night,” and even though I maybe was not being honest with myself when I was carrying on for all of December as if everything was peachy, on some level I knew that this needed to be felt.

This is why I did not make plans for this holiday. It was not out of any need to steep in my own self-pity; rather, I knew this moment was coming where I needed to grieve what I was perceiving as lost time with them—even if it was for an hour.

I felt a much-needed release after this happened.

I feel as if I felt the emotions, then gently let them go. I had spent four or five days prior to the holiday observing quietly, making sure that I was not avoiding things by getting lost in some holiday-frenzy-induced flippancy toward something that I knew was important for me to feel.

I reassured myself that I am doing my best and providing my children with all of the stability that I can. I am so proud of the resilience that they have had through this transition, and believe me when I say that in some way both of these young girls have their own versions of wings, much like the baby horse in my daughter’s story.

What I will encourage my daughters to realize, eventually, is that sometimes the “goo” is not a bad thing if we can allow ourselves to feel safe in it.

Sometimes the darkness can be the space that holds us in order for us to see the light much more clearly.

It is in feeling what we need to feel, and allowing these things to surface, where true healing can take place, that we have the opportunity to move forward, feeling much lighter.

There is a fine line between suppressing, avoiding or running away from what is hard and getting stuck in it. Sometimes the “goo” can be sticky.

At times, we can be intentional about acknowledging the beauty and abundance in our lives, and this can be our “flashlight” and our “footprints” out of these places where we can have a propensity to get stuck—but only after we have spent the necessary time there.

I realize now that things are exactly as they should be. My daughters have two parents and an entire village of people who are truly focused on their nourishment and growth, and this is just another time in life when allowing myself to flow and shift in adjustment with a new dynamic is all that is required of me to feel lighter.

My daughter with her three-year-old yet timeless wisdom was absolutely correct, and I truly needed this “Silent Night.”

We always have available to us what we need. It is from these sacred places of stillness that we can both find all that is calm and all that is bright. 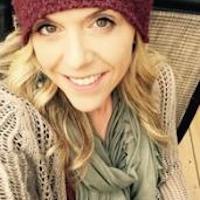