How to Pick Up the Pieces After a Disastrous Relationship. 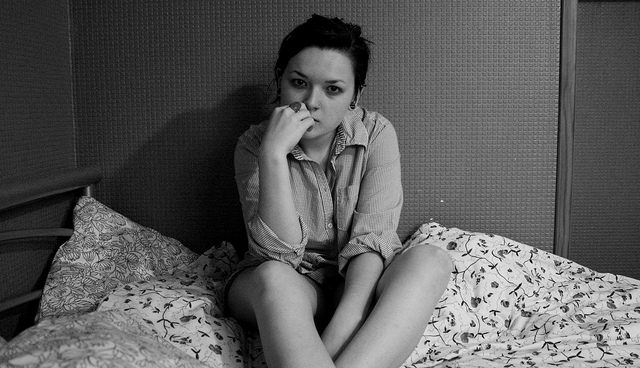 “Picking up and starting over” is a common phrase.

At some point, every one of us—even those who appear to lead seemingly charmed lives—are going to have to do this.

Some situations are more challenging than others. In some cases, we are forced to do this following disastrous relationships. By disastrous, I mean those that went horribly wrong or left us feeling shaken to the core. Some examples from my own life and those of others include abusive relationships (physical and/or mental), fraud (where someone lied about every detail of their life including their name), and even cases where an individual left his pregnant girlfriend halfway through the pregnancy and refused to even see the child once it was born. These are pretty extreme examples, but these things can and do happen with more frequency than most of us realize.

However, just because these situations may be common doesn’t mean that it’s easy to get through them. Indeed, sometimes, especially in the early stages, just getting through the day can be a challenge. In some cases, professional help may be necessary. (As someone who has benefited from it at various points in my life, I can say with some degree of certainty that therapy can be a literal life saver.)  While the tips below are not a substitute for professional help, they nonetheless may be of benefit to those seeking to re-build following a disastrous relationship:

Record your version of what happened

While it may seem counterproductive, writing down or recording a narrative of what happened can be helpful. It may also be a good idea to do it earlier rather than waiting until things have settled down. Despite what many of us are conditioned to believe, memory is not set in stone; it’s incredibly malleable. Often times, when we leave terrible relationships, we blame ourselves. While dwelling on things isn’t healthy, being aware of those raw emotions can remind of us of how much an individual hurt us and why it is ultimately a good thing they are no longer in our lives. This is especially true in the case of abusive people since many abusers tend to be master manipulators who may try to blame others for their actions or downplay the hurt they caused.

Know when to cut ties

The end of any relationship is seldom about two people. By that, I mean there are usually family members, mutual friends, etc. who end up taking sides. Many times this happens even when they say they don’t want to choose sides. In worst cases, some of these people may be enablers without realizing it.

Sometimes, just hearing someone say, “Oh, they’re such a good person!” may be too much especially when we have firsthand knowledge of how this “good person” acted when others weren’t around.

While it isn’t usually possible to change someone’s opinion—nor is it, in most cases, a practical use of one’s time—we can control whether or not we want to be in contact with someone.

A break from such people may very well be the best thing—at least for the short term. One need not be dramatic about it, either. An email saying that we need time alone may be enough, or simply “unfollowing” them on social media may be all the break that is necessary. Eventually, it’s up to the individual to decide if they want to permanently cut ties or not. But again: it can be done with as little drama and trauma as necessary.

Reach out to others who have survived disasters and bounced back.

Search the internet to see if their are local support groups for, say, survivors of domestic abuse if that happens to be your situation. Also, see if there are online support groups (try various Google Groups). Knowing we aren’t alone is huge, especially for those who tend to keep their personal lives private or, like me, hesitate to share certain things for fear for judgment.

On another note, be sure to keep in mind that your story is yours and yours alone to share, or not share, as you wish. Often times when we leave a relationship, we feel that we have an obligation to tell others the whole story when asked, “So, what happened?” However, we don’t. A simple, “It didn’t work out” or “I would rather not talk about it” is enough. Most people are surprisingly sensitive to such things. For those who are not, see #2.

In closing, there is a lot of truth to the expression, “Whatever doesn’t kill us makes us stronger.” However, getting to that place of strength can be challenging. The most important thing we can do is to give ourselves a little kindness and not punish ourselves for our seeming inability to move forward at the pace we think we should. These things can and do take time and effort. Sometimes it takes a lot of time and effort, but that’s okay.

Stay or Leave? Testing our Intuition.