How to Stop Allowing Past Pain to Interfere with the Hope of the Future. 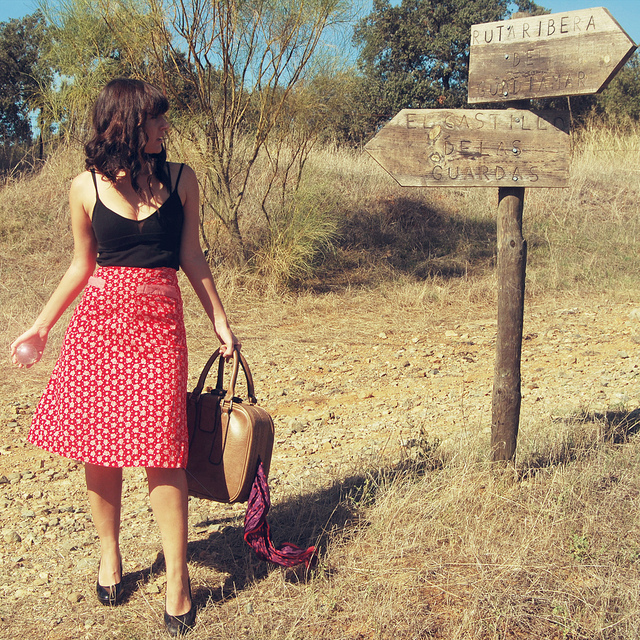 Sooner or later we’ve all got to let go of the past. Not just the people in it, but the stuff from it.

I view myself as a pretty self confident woman. A woman who knows what she wants and finally believes in what she deserves.

Why then, at the slightest falter, do all those fears and insecurities of the past come rushing to the surface, washing me out like a tidal wave?

But I think if we are honest, inside all of us exists an insecure version of ourselves. While time has healed many of the wounds of my past, when those scars are scratched, I feel it and I react to it.

I’ve discovered that life after divorce, particularly life in the world of love and relationships, is really pretty hard and scary.

I’m a heart on my sleeve kind of girl. I believe in love and I believe I’m going to find it. I finally believe I deserve healthy love, and I won’t settle for less than that. I pride myself on my big open heart and its ability to risk loving again even after so much pain and heartache in the past. But those wounds, I have discovered, don’t just simply dissipate because you finally believe you’re a worthy soul.

And so I find myself in this awkward position of both knowing my worth and still feeling the need to convince others its there. This dichotomous pull of both quiet confidence and deafening insecurity. This scary place of fear where all the lies of the past and the messages of not being worth the hassle are screaming as I fight to believe a different truth.

I’m finally ready to take the leap out of the past and into the future. I’m excited to see what it holds and the possibilities presented there. Yet I have seen that when faced with the potential of having found everything I have ever searched for, I subconsciously push it away because maybe I’m not as worthy as I thought I was.

Those lies I thought I threw away come rushing back and the fear that after seeing the real me, weaknesses and all, that maybe someone new is going to feel the same way the jerks of the past did and I won’t be quite as worth it as they thought I was.

I have a deep seeded insecurity that all this baggage is just really too much and that pesky belief that I am both too much and not enough is there once again.

So then I say dumb things. I talk too much. I think over thought thoughts and word vomit all my insecurities into the ears of someone who doesn’t need to hear it all. And I start to create the very thing I was afraid of which is pushing someone away to the point of potential loss.

It’s hard for me to digest this behavior in myself because in my heart, I’m a hopeless romantic and accept love with open arms and reckless abandon. But what I have seen is that while that’s my nature, the unhealthy nurturing of those past relationships squelched that side of me a bit more than I realized.

I’m fully confident in myself and my healing until faced with the hope of actually getting somewhere with all that progress.

So now I’m at the next phase.

This phase where after looking at all the broken pieces of my past and shattered life, scooping up my busted heart, and giving it to God to mend, I’ve put it right back on my sleeve where it belongs.

I’m walking around with a mended heart. A better heart. Stronger, more valuable, more powerful; yet still incredibly vulnerable. When it looks like someone else may have the hands capable of holding that tender heart, rather than trusting that process, I’ve discovered I’m scared to death.

After showing the vulnerable sides of myself, I fear someone will decide, “You’re not worth it after all,” and my heart will once again be dropped on the floor where it’s been for so long.

I fear exposing too much of those weaknesses too early on but also can’t stop myself from doing it because it’s just who I am. I give all the pieces right up front.

And that’s really the key to this whole thing.

I don’t think I’m the only person who struggles with this.

The voices of our past are loud. They over shadow at times. If you are someone who wears your feelings on your skin, it becomes easy to start feeling like that’s your problem and something is wrong with you. That maybe if you hid those sensitive parts of yourself a bit better it might be easier to love you and people might begin to find you worthy.

We have to first deem ourselves worthy; and then be willing to expose the core of who we are; not just the ugly parts thinking we are showing our truest selves. Those “ugly” parts are a portion of our true selves, but they are not the whole. We have to show everything. The good as much as the bad. The valuable as much as the “baggage;” because truth be told, even the baggage is valuable.

Rather than showing up with our bags waving saying, “Watch out!! I come with baggage! You better run before you discover I’m not worth the effort!” we have to show up boldly and bravely saying, “Yep. Here I am. I brought some bags. Want to help me unpack?”

You are worth that, and the right person will see your bags and say, “So what? I’ve got a few myself.”

So let’s stop doubting our hope of a future love because it feels too risky based on pain of the past.

Sooner or later we’ve got to let go of the past—not just the people in it, but the stuff from it. 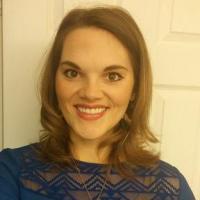