Thank you for Letting Me Go. 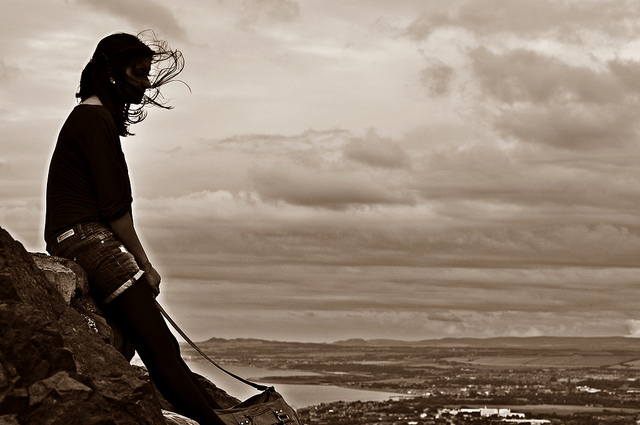 I know that I hung on far longer than I should have—but I am thankful that you finally let me go.

The truth is, maybe you held as tight to me just as I had to you.

Because, while my mind and irrational heart spilled dire and bitter words, the truth is, I have been waiting to be set free for some time.

At one point, I believed in you and in the possibility of us.

But somewhere between our ups and downs I realized that this wasn’t a ride that I wanted to continue for my whole life.

I realized that maybe there was something greater awaiting me, if I could be brave enough to say good bye.

I’m sorry that I held on longer than I should have—and because I never made it easy for you to let go of me in the first place.

I know that I caused chaos in your life—but for that I won’t apologize because I think that maybe you needed to experience everything you did with me to bring you where you are now.

I wish, in some ways, that I could say I still wanted us—but the truth is, I don’t.

In the space of silence that was left in your wake, I realized how many pieces of the puzzle just never fit.

I wanted them to and I had faith that they could.

But in the end, no matter what two people share, sometimes it’s just not enough.

And while we burned hot, and understood one another fiercely—there were pieces missing from what I hoped the great love of my life would have.

It was difficult when you let me go—I won’t lie about that.

But, I have recovered far more quickly than I ever imagined I would.

Not that I want to hurt you, but the biggest emotion I felt in the silence, was relief.

Because, sometimes my heart is far too loyal for my own good, and I refused to move on because you etched your name on my heart with the stinging words of “someday” and “for now.”

I realized I want my someday to begin now and I don’t want to be an answer that my lover is searching to make sense of, but a question that he wants to spend the rest of his life trying to figure out.

As much as I can’t believe that I am saying this—you taught me that I was still trying to be someone that I am not.

Even though I paint the world in colors that have never been seen and stir the tranquil seas with my words of truth and realism, I was still trying to be vanilla.

Not that there is anything wrong with vanilla, if that’s truly who someone is.

But, good or bad I have always been double chocolate fudge ripple with nuts and caramel.

I may have been happy with you, but I don’t think that I was ever meant to be with you forever.

So, I am thankful that you finally let me go and with it, the possibility that ever existed between us.

The thing is, I did need you and all we went through.

On whatever plane or universe it exists, you are a soulmate of mine.

But you are not the one who is meant to wake up next to me and my girls each morning—and it is not your hand that I am meant to hold through life’s adventures.

I needed you to wake me up.

I needed to be pushed and challenged, so that I could become the woman who I was meant to be.

But the thing is, the more you awoke my inner wild woman, the farther we grew apart.

And in the end, I was scared because I stopped feeling what I had in the beginning.

I realized that in many ways, I used you to escape myself.

Not necessarily in a bad way, but in a way that I had finally grown tired of.

I know that we have forever imprinted ourselves into each other’s lives and for that I am eternally grateful that I had the privilege of being as close to you as I was for so long.

But all that is different now.

Because sometimes when we part ways with someone we just can’t keep them close.

Sometimes some people need to be all or nothing and this time, I am relieved that we choose nothingness.

I already feel my eyes clearing and I realize that sometimes no matter how far we run, we always end up back exactly where we are supposed to be.

I’m not with someone new already, if that is what you are wondering, although someone has already begun writing their name on my heart.

And maybe it’s not like the script or ink you used, but something tells me it might just be what I need.

No matter how I tried to deny this fact for as long as I did.

Maybe we will see each other in this lifetime again or maybe we will have to wait for another.

But, something tells me we are both exactly where we are supposed to be, regardless of how crazy the journey was to get here.

Thank you for being honest and being strong enough to let go of something that felt so amazing.

Thank you for never looking back or having regrets.

And most importantly, thank you for loving me enough to let me go.