The One Thing we Shouldn’t Do for Love. 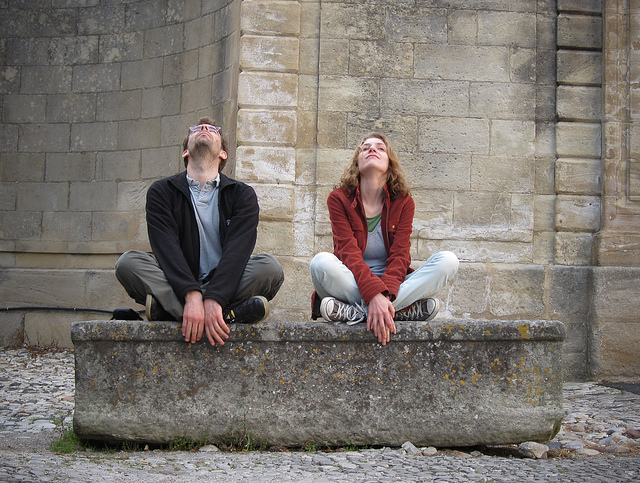 It’s often been said that when it comes to love, there are no rules.

I’ve been in love enough times to know that simply isn’t true.

Each love story may be individual and unique, but when it comes love, there are just some things we shouldn’t do. For instance, we all know that we shouldn’t lie, cheat or steal in the name of love. We also know that abuse of any sort isn’t tolerable either.

However, there is one thing that many of us are guilty of and don’t even realize we are doing it, and that is becoming so wrapped up in our partner that we lose our own sense of identity.

When this happens, what comes to mind is something I refer to as the “We Couple.”

We have all met people like this: they do everything together and seem unwilling or unable to ever refer to themselves using “I.” While many of us roll our eyes and swear that we will never be like that, there are smaller, far more subtle ways we become a “We Couple” without even knowing it.

Sometimes, it comes on gradually—the way moss grows on a tree and slowly envelopes it. Rather than mesh together, what happens is that one person’s life overtakes the other.

As someone who lives in an academic town, I have heard more than one story where a couple started out as equals, yet at some point decided that one partner’s career was going to take precedence over the other’s. While there is nothing wrong with this in and of itself, and it can even be argued it is wonderful to have a supportive partner, problems can arise when the non-alpha partner starts to view the other’s accomplishments as their own and/or at some point feels upset that they aren’t on the same level. This is especially true if at some point the relationship ends and the other partner thinks, “All that support was for nothing.”

Even if you (hopefully) end up together forever, it is still important to have one’s own identity—and this does not have to mean having a separate or independent profession. Rather, it means doing things that we love without necessarily having our partner participate in them. It means remembering that we were whole before we met our partners and while that person may fulfill us, they do not complete us. (Sorry, Jerry McGuire fans, but as lovely as it was to hear those words, “You complete me,” I never cared for the implication that Dorothy or anyone was incomplete before meeting their true love.)

Recently, when I asked an elderly friend of mine the secret of his nearly 60-year marriage, he replied without hesitation that a large part of its success was due to spending time apart and having separate interests. Lest anyone think that this is a marriage of convenience, it is not. Indeed, I and many others have noted how obvious it is that this couple is still in love even after all this time.

While they do compliment each other, they don’t smother each other.

Perhaps that is the key to a long-term relationship.

But even if it isn’t, one always needs to have their own identity, whether they are with another person or not. Ultimately, the most important relationship we ever have is with the person who has been with us since we were born and will be there when we die: ourselves.