What the Feminist said to the Polygamist: Unraveling the Myth of “Free Love.” 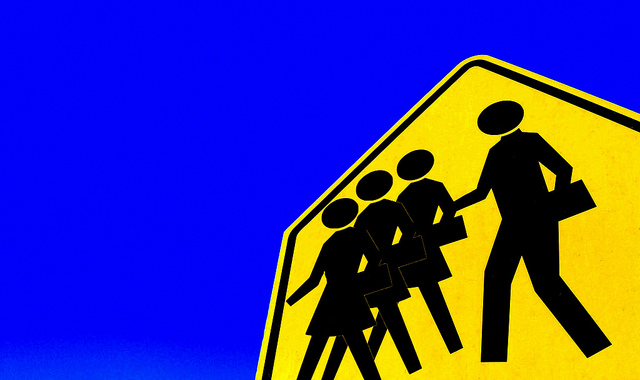 Polyamory has overtaken kale as the most talked about subject in the alternative community.

Is it just me, or does every third article I read extol the virtues of open relationships, with anything else relegated to a form of domination and ownership?

As a male feminist, I have some thoughts on the whole thing. I think it’s important to understand a little about feminism to understand what I’m getting at here.

It’s generally accepted that there are three waves of feminism. The first wave was a push for legal recognition and the right to vote. The second was a push for professional recognition and the right to pursue any career and receive equal treatment and pay. Then there was a shift towards personal relationships and family life—the advent of egalitarian relationships. A woman should be equal to a man and, therefore, the relationship should be equal in all aspects—paying the rent, splitting the bill, the household chores, the orgasms.

There were many positive things that came from this move towards more egalitarian relationships and a lot of people are still in this mode. However, this model was not as fulfilling as some had hoped

A few years after 9/11 the Angry American Goddess came into existence:“

“I am a goddess, this is me. Respect me and worship me like the goddesses of old because I am so awesome!”

From sexual repression to sexual aggression.

At one point we were so sexually repressed that we did not even talk about sex, only abstinence. Clitoris still gets censored on the radio. In an effort to break the grip of repression, sexually expressive feminists tend to be just as absurd in their stance—with any sort of sexual experimentation seen as positive and even necessary.

In addition, there was a recent survey by the Association of American Universities that revealed 23% of women received some form of unwanted sexual contact in college. That is nearly one in four women.

There is no a safe space for women to express themselves sexually.

The lack of a healthy space for expression is a failure of our male dominated societies. The newest iteration of feminism seems to be addressing this issue. We see a shift towards sexual empowerment and polyamorous relationships.

I don’t see any problem it the idea itself. For some, this is a way of self-expression and sexual exploration. The problem, as I see it, is the way I think poly relationships are being presented to us—as the most enlightened version of a relationship.

Poly advocates go as far as citing primate sexual behavior to back up their theory that monogamous relationships are “unnatural.” Besides the fact that this perspective completely overlooks human evolution and human consciousness, it romanticizes primate relationships.

Polyamory may be seen as the antidote to some of our greatest fears—of commitment, responsibility, emotional attachment, rejection, being defined or constrained by another, of certainty or eternal sameness.

The base point for some advocates seems to be to keep distance. a relationship turns into a kind of mutual agreement—to both keep our distance and not show any vulnerability, meet in the middle for some sex and then go our own enlightened ways.

I have been with a few women who appeared very sex positive and confident in their own experimentation with poly relationships.

But when a layer gets peeled back, I realize that these women are not as comfortable with themselves as they are presenting. They seem to be compensating for some vulnerability and their explorations appear to me as an attempt to either circumvent or numb out that vulnerability.

Being in a successful relationship takes some intelligence and sophistication.

In my personal life I feel I have just reached a point where I have solid ideas of what it would mean to honor a partner and bring an intimate relationship to its higher expressions. How would one attempt to do this with multiple people? I can only imagine the sort of sophistication and emotional intelligence necessary for the relationships to be successful—loving, supportive, nurturing—from all perspectives.

When I look back on my own past attempts to balance multiple women, my relationships with them were clearly motivated from a place of a lustful narcissism than any form of maturity.

Poly relationships deserve a discussion that goes much further than the single page opinion articles that are flooding the alternative community.

I take serious issue with the way these relationships are being presented by some advocates. When we get so far as telling women that it is a sign of spiritual and personal development to be able to “share love” and have unattached sex with multiple partners, this is a problem.

When we hear things like being “stuck” in the monogamous type relationships it is a sign of spiritual weakness, this is a problem. When we get fed ideas like, “hey, it’s just sex and you should be able to sever your emotional attachments,” this is a problem.

It is actually masculine bullying.

A form of exploitation that seeks to groom into existence a bunch of emotionally unattached women who are “comfortable” with having unattached sex with multiple partners and are able to give great blow jobs.

Is this the Goddess?

Anyone who says, “It’s just sex,” is simply not in tune, especially when they are talking about relationships. There are emotional and energetic exchanges that happen.

Yogi Bhajan put it nicely when he said:

“When a man and woman have intercourse, their Yin and Yang energies merge, and their auras blend; it is a purification. The two people become a different third person.

A woman is especially sensitive to the blending of auras. If she blends her aura with one person here and another there, her aura is imprinted, and she cannot hold on to her identity. Her energy is very sensitive, and this merging of auras can have a very destructive effect on her. She can become emotionally weakened. This is very prevalent in our culture.

For a woman, sexual freedom should not mean sexual exploitation; it should mean sexual preservation, choice, and reverence. On the other hand, if there is love, commitment, and respect between the two people, intercourse can have a very positive effect on her. She will feel creative, expansive, vital, and secure.”

If you are interested in exploring these type of relationships, I’d recommend you find poly people in your community.

Speak with these people and see if you are in tune with their feelings and their experiences. Find a variety of different resources and go further than single page articles.

A multiple partner relationship is a complex thing and some guidance could be the difference between a positive or negative experience. Be discerning about your resources. If you’re looking to read up about it, Opening Up seems to be a more refined choice than The Ethical Slut.

Relationships and sex are possibly the two most important things in our emotional lives.

It is completely alright to take them seriously. 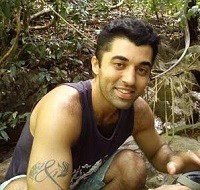