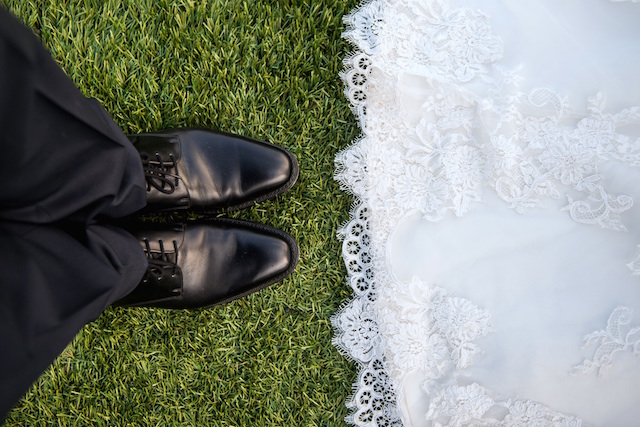 A worrying 42 percent of women in the UK regret the manner in which they lost their virginity.

Bearing in mind that most British women are about 17 when they “pop their cherry,” this is a hell of a lot of regret to cart around for the rest of their life.

What is it, after all, that these women are regretting?

Interestingly, this same survey showed that only 20 percent of men regret their first time, which is a difference of around half.

For guys it’s always referred to as, “having sex for the first time.” In that sense, it’s seen as a beginning rather than an end. The first of many. In most respects it’s a rite of passage to be gotten over and done with as soon as possible. Comedies such as American Pie pluck humour from the desperation of teenage boys to “go all the way.”

Try as I might, however, I really can’t imagine a mainstream teen comedy centered around the idea of a gang of girls desperate to lose their virginity. If there was, then I would definitely watch it, as it would probably be 10 times funnier.

For girls, it’s still referred to as “losing your virginity” with the same reverent tone that you might use to describe a girl who just dropped an antique vase. The phrase always weirdly makes me think of a mournful wraith wandering some lonely moor wailing, “I’ve lost it! I’ve lost my virginity!”

The term “losing” is odd in so many ways. It makes it seem as if the act were something of a clumsy mistake. Misplacing your car keys, not being able to find your phone, dropping your hymen down the side of your bed. A recent, brilliant article by Rebecca Reid for The Telegraph fiercely criticises this language of loss:

A girl’s virginity itself is still often viewed as a physical, irreplaceable object, which some, if not most cultures liken to a gift or a prize. This is more than just a little bit creepy.

Virginity is still clearly a much more complex issue for girls. Obviously there is the physical aspect of it. Girls normally bleed after first intercourse—this is a more obvious indicator of a transition than for boys. In addition, there is the added fear of pregnancy.

More than this, however, girls appear to be much more preoccupied with the idea of the “perfect” first time. I am not so far into my 20s that I can’t remember huddled discussions at sleepovers about “doing it.” (In hushed whispers of course. After all, someone’s parents might hear!) From what I can remember from my adolescent years, there was a long and fiddly process from beginning to flirt with someone over MSN to deciding that you were “ready.” There was in fact a long and giggly interlude where you might admit to your friends that yes, you had seen his “thing,” but no definitely you weren’t going to do it yet because you weren’t sure whether he was “the one.”

However, I can’t quite force myself back into that lofty, grease-addled mindset, so I decided to do some very serious research. I dug out my old teenage diaries—sparkly beaded Claire’s accessories purchases. They are written with the sort of unbridled self-importance that would make even Russell Brand cringe (Favourite extract: “I’m just bursting with creative energy but with no outlet. It is like being trapped in a dark, dark room.”)

What I can gather from my very diligent recordings of a rather average high school career is that it was extremely important back then to dutifully and regularly document my own feelings regarding “doing it,” and to intersperse this with updates about who was asking out whom and who fancied whom. At 13, I seemed to be very alarmed at the prospect of a friend dating an older boy (a man of 16 no less!) and urgently asked my diary, “What if he wants to do it? What will she do then?” When I was 16, I got a bit cockier, explaining to my poor, long-suffering diary: “I’m 16 now. I can have sex. The only irritating thing is the boring, annoying problems of what-ifs and pregnancies. And the horror stories of eternal regret because he wasn’t “the one.””

Despite the fact that at this stage I’d only had a couple of slobbery tongue wrestles on a park bench, I think that my 16-year-old self may have accidentally stumbled upon a couple of important social points. Namely, the vague adolescent concept of “the one,” and the damning notion of “eternal regret.”

Girls, I have some bad news for you. You will probably lose it to a dickhead.

He will probably be in a terrible band that does cover versions of Aerosmith and the theme tune to Ghostbusters. It will hurt, but it will be okay, because it really won’t last that long. Whatever your philosophy is regarding the idea that there is a special someone out there for everyone, it probably won’t be the first person to charm the skinny jeans off you with talk of their future career as a Glastonbury headliner.

Finding the right person for you takes time and, let’s face it, a few awkward fumblings between the sheets. Adolescence is a time of many firsts, but none other is seen as so poignant, so important as the first sexual encounter.

My first gig was terrible. I was tiny and timid and found myself sandwiched in a sweaty crush of much taller bodies, a greasy pony tail in front of me slapping my face red raw. The first time I got drunk was awful. I awoke the next morning literally wailing in agony, feeling as if I would rather slice off my own head than cope with the skull-splitting ache a moment longer. Since then, I have been to many gigs and gotten drunk many times.

Not once have I ever wished that my first initiation to these worlds was perfect. Not once have I wished that the first time I got absolutely, paralytically trashed it was in a candlelit room, rose petals covering the floor for me to, very gently, puke on.

Regrets are unhealthy and eat away at you, and life really is too short.

Furthermore, early sexual experiences can have a long-term impact on your romantic life, so to enter into this with regrets when you’re only just starting out in understanding your sexuality isn’t healthy.

Research has shown that compared to 20 years ago, women are expressing less regrets about their first time, because women are less anxious about losing their virginity, seen to be less of a stigma. This is cheering news. However, we still have a long way to go. The language of regret is still culturally prominent and still affects the self-esteem of many young girls.

We need to stop being defined by our firsts, which are really, in the long run, pretty irrelevant.

We shouldn’t romanticise innocence, when experience is so much more interesting, and we shouldn’t be so quick to define a “before and after.”

Life is so much more complicated and varied than that. 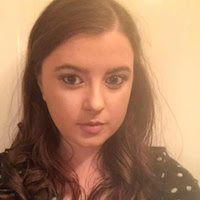