Lady Stardust: What our Starman Left Behind. 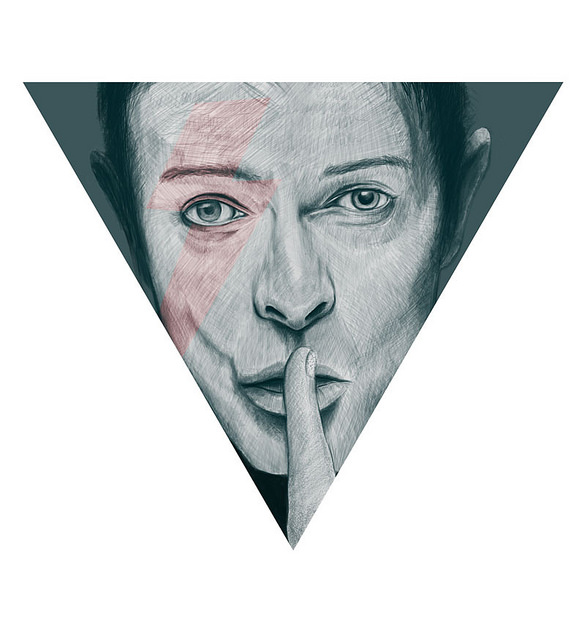 As I sat in the car, I finally cried.

It took just over a week after his death, and on a slow drive home from a playful Friday night with friends something in me finally accepted that I was allowed to be sad.

I’ve seen this sentiment echoed throughout social media, radio interviews, news reports of the various tributes laid by fans the world over—it’s as if a close personal friend, or a beloved family member has left us and we can’t stop reading their diary. And yet, we did not know this man personally at all. He was as distant from us as any other stranger in a far off land.

I think it was the bittersweet, hopeful tones of Ziggy Stardust that set me off. The tears came thick and fast and once they started there was no reasoning myself out of it. But, in between the towering waves of grief I took pause to think:

What is it about this moment, this horrible loss, that has wrenched our collective heart from its chest?

Certainly, David Bowie was an artist of incomparable talent. Described by Nile Rogers as “the Picasso of Rock & Roll”, Bowie had a gift for seeing the ordinary as simply a thin mirage hiding the immense depth of the extraordinary, and yanking us all into the colourful pool of the “real world” we hadn’t noticed yet. With every album he explored not only a different side of himself as an artist, but also a facet of our society’s soul that perhaps we were reluctant to discuss.

But, this alone did not satisfy my question. With every interview—as rare as they were— and every cloudy afternoon spent lying in front of the stereo listening to Outside one more time, something new was revealed to me.

It seems that Bowie never really gave us anything for free; every insight he portrayed was a meeting of the minds, a puzzle for us to work our way through, and with every step we took toward him he took two in a completely different direction.

Though Bowie’s artistic vision was sometimes frightening, always thrilling, and exponentially more confusing with every replay, this was not the addictive quality that saw entire generations fall to their knees on the 10th day of 2016. Rather, the process of learning to think for ourselves and to see the unsee-able that was delivered with every Bowie album and its characters—from the adventurous youth of Ziggy Stardust, who dripped with a sense of inevitable sadness, to the quiet desperation of Arts Crime detective Nathan Adler making his way through a dystopian England/America (and in typical Bowie fashion, we’ll never know which one)—was what saw us flock to him like a guru.

Interviews with Bowie were few and far between, and though some suspect this was due to his ailing health, others attribute this to his reluctance to hand out answers like candy samples. In each appearance he did make, the knowing smirk was barely hidden when probed by the media for answers to his cryptic lyrics and off-beat writing techniques, but most importantly the implied question was always palpable:

A master guiding his students through a lifelong workshop of introspection and suspicion, Bowie hinted and teased but never revealed, epitomising the adage “it’s the journey that counts”. Perhaps taking a leaf out of his constant apprenticeship with the occult, David Bowie proved to us that there is no truth, there is only your truth—and that can change as fast as you can get out of your multicoloured jumpsuit or wipe the red lightning bolt off of your face.

Providing windows into his most personal moments as easter eggs on almost every album, Bowie invited us not necessarily to be his friend as many other artists did, but rather to become him. Moments such as his “what’d ya say?”  spoken half way through one of his greatest hits “Heroes”—reportedly in response to a staff member calling Bowie from inside his recording studio, startling him out of imagining the second verse being created as he watched producer Tony Visconti in the throws of a clandestine rendezvous with his girlfriend against the Berlin Wall—hurl us suddenly behind the eyes of the man himself, and reveal in an instant both the differences and also the heart-aching similarities between us.

I knew when I saw the cover for Blackstar that he was dying.

After a career spanning over 4 decades, Blackstar is the first album without Bowie on the cover. Album covers became a message in and of themselves throughout those years, and showed fans a visual representation of both the trajectory of the album and the trajectory of his mind, a number being portraits painted by his own hand.

As anticipated by both myself and my Dad, the poster boy for Bowie fandom, even his death was an artistic expression. Coordinated perfectly with an album rattled by the chains of mortality and the peaceful longing of retrospect, Bowie schooled us once more and quietly exited, leaving us to ponder his final lesson with the pain of this new context.

And the final truth of our sadness at his death is echoed in his last work—David Bowie, for so many, is a symbol of youth and a life of untamed universe to explore in all its glory and loss, victory and hollowness. For me, it signaled the end to my childhood, with all of its potentiality, and its blindness to the trials and triumphs ahead; the inability to ever have that back.

With him, he took the first spark from which we have all lit our candles. Nothing, no matter how exhilarating and surreal, lasts forever—and it is imperative to celebrate it in all its wonder while it is ours. 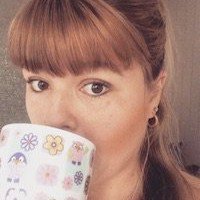 Erin Lawson is a writing, tree hugging, cat owning, intellectual feminist loudmouth who delights in heated debate and flowers. In her spare time she dances her heart out, stop… Read full bio