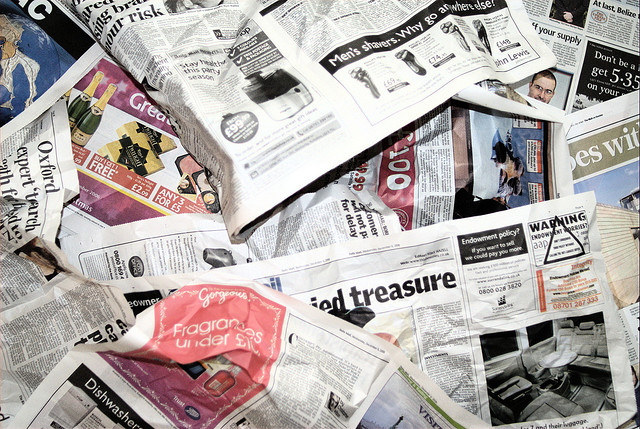 The sights and sounds had begun to haunt me—the sudden, deafening thud of the suicide bomb that exploded 500 meters from my suburban home in Model Town, Lahore, Pakistan, a quiet neighbourhood where my children rode around on tricycles.

Dagger-like shards of glass lay across the living room carpet that my seven-year-old played on with his Legos.

Five years ago I walked away from a crumbling marriage and the country of my birth, where the Taliban had started attacking civilians in protest of our army’s operations to root them out.

It was a love affair gone wrong with both, a shattering of my girlhood hopes.

Growing up in Pakistan in the 1980s, I loved my country but wanted to see the world. So I moved to New York.

But 10 years later, I returned to Pakistan, convinced I could make a difference back home.

At first, I thought I could bury myself in my work as a journalist, my job and first love.

But when a series of explosions by extremists against art and culture rocked a music festival that I was covering—featuring Abida Parveen, my favorite Sufi singer, who sang about love and tolerance—I knew that it was time to move on.

Trained to gather facts, interview the newsmakers on the street and in the government, I turned to journalism when I could make no sense of the world. But even that had stopped working as a buffer to the reality of bombs and regular evacuation of schools.

Let down by both a marriage and a country in which I found myself over-compensating for the other side’s failure to do the minimum (provide security, in the case of Pakistan), I longed to wake up and open my eyes to a world in which everything around me did not make me cringe.

But it was not that simple.

Even in my new, squeaky-clean life in Dubai, where I had moved to give my children a safe environment to grow up in, picking up the newspaper each morning still felt like a punch in the stomach. What I once drew from to inspire my own work—the work of reporters chronicling the violence, injustice, the crisis du jour as we called it in the newsroom—had turned into a sharp reminder of what was wrong with the world.

The news began to feel like an ominous black cloud that I couldn’t escape. My last holdout was the print copy of the local newspaper that I brought in each morning ceremoniously. But over time, it was no longer a source of joy, of connecting me to the world, as typical and comforting as my kids’ drawings up on the refrigerator, my reading glasses on the kitchen table or the cup of tea waiting for me in the morning.

Instead, it had become the enemy.

So I decided: no newspapers or other forms of news, unless it showed up on my computer screen somehow—in a Twitter feed, a Facebook post or a link from a colleague.

I needed to detox from the thing that had once sustained me.

Yes, it is not easy to turn away from the images and stories we see on multiple screens, available to us 24 hours a day. But the fear-mongering techniques of the media that shock you into a state of fear so that you keep following were taking a toll on me. I was no longer writing from a place of hope but a place of fear. My articles were no longer coming from a place of inner wisdom but as a reaction to ugly world events.

There had to be another way. And until I found it, it would have to be time for repose—a slowing down, stepping back and re-examining.

The word for “repose” in Arabic, interestingly, is “saum,” the same word that is used to describe the fast in Ramadan. Just as Muslims fast during the month of Ramadan, refraining from not just food and drink for 30 days, but from all that spiritually pollutes, I cannot help but think of the “saum” I have undertaken for the past five years.

By saying no to news about killings, wars and deaths, my information fast was my way of expunging the spiritual pollutants from my life. Bombarded with so much disturbing information, I had never thought to stop and consider, What effect was it having on me and my children, both of whom could read the paper?

It has been five years since I cancelled my newspaper subscription and limited other news. Much has transpired since. For one, my kids’ artwork in school has stopped reflecting guns, bombs and deaths. And I feel a lightness in my breath we often forget we are entitled to when we are surrounded by negativity.

But recently, I resumed my subscription. I can’t hide forever.

Refugees are escaping their war-torn countries for a better life in another. Many don’t make it, are found dead in trucks on the highway or die at sea. Mass shootings remind us of the frailty of human life.

Somalian journalists are being murdered, Doctors Without Borders are bombed for the fourth time by a U.S.-led coalition. And then there is the aftermath of the Paris and San Bernardino shootings.

But there is also good news mixed in to the tragic. A Pakistani Supreme Court finally convicts a man who murdered the Punjab governor for defending the rights of a young Christian girl. Canada votes against the politics of divisiveness and elects a Prime Minister who represents plurality.

Now the paper shows up every morning on my doorstep, a reminder that no matter what has happened in the inner world, the outer world goes on.

Why I no longer watch the news & what I do instead. 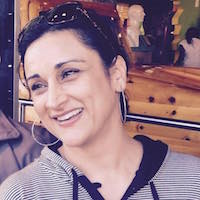