Why it’s so Hard to Walk Away from an Abuser. 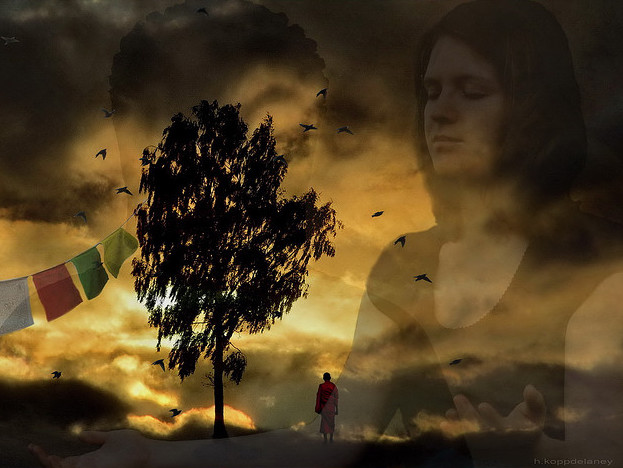 In case you’re wondering, this isn’t going to be one of those pieces where an empath meets a narcissist.

It’s going to be little messier—not so neat.

Before we get to how our psyche does that, however, we need to understand trauma: Every single one of us who finds ourselves entangled in an abusive or damaging relationship is actually trying to heal trauma.

I know, it might sound backwards, but when we are in an abusive relationship, our psyche somehow thinks that we can heal ourselves.

The word trauma has dramatic connotations. We tend to think it refers to someone who’s experienced a serious train crash or the violent and unexpected death of a loved one. But in actual fact trauma is anything that makes up feel that things are unsafe or unpredictable. And the most significant trauma happens to us in childhood, when we don’t have the resources that grown-ups have to deal with it.

There are two major types of trauma a child can experience. The two major wounds, if you like, that set us on the path towards a search for healing.

These are Intrusion and Abandonment.

Clearly, some of these are way more deeply traumatizing than others, but we’re talking trauma nevertheless.

So, how does our psyche try to help us heal our trauma? It uses the most effective way ever! It makes us repeat the experience! (Incidentally, if it resonates with you, for “psyche” you can read “soul.”)

For many reasons, we’re drawn like magnets towards people who will recreate for us the exact same circumstances that caused our original trauma. The most obvious reason is so that we can experience a different outcome this time, by discovering that we can think and behave differently, and so bring about a better outcome. In other words, we find a way to love instead of hate.

When we do that, we’ve done the healing our psyche made us set out to do.

However, that bit usually comes last. On the way to that place, we’re likely to have to face not only our own trauma, but also the demons that our experience of that trauma placed alongside it. And we get to face them, always, by being brought face to face with someone who will mirror them back to us, because they have them too.

And they have them too, because they’ve known them, just like us.

It’s a bit like having a twin. It feels so good at first! We’re seen and known in a way we never thought possible. And this person gets it so clearly, seems to understand exactly where we’ve been, because they’ve had parallel experiences. It’s bliss! Effortless freedom!

But then it starts to go horribly wrong. This person isn’t just mirroring the good bits anymore, they’re mirroring all the other stuff too—the stuff we’ve tried to be in denial about, the bits of us that horrify us.

But that also draws us in further. There’s a part of us that’s drawn to the drama of being free to act out the demons that appal us with someone who’ll let us do that, and who’ll act them out back.

And so they start to hurt us, abuse us—often in the exact same ways that we’ve probably hurt others. And so the drama that’s meant to lead to healing unfolds. Messily. Dirtily.

Suddenly, we’re into the Abuser/Abused Dynamic, sometimes known as The Drama Triangle: Victim/Rescuer/Abuser. Round and round we go, exchanging and interchanging roles. And instead of walking away, like everyone who loves us keeps telling us to, we forgive and excuse again and again. We can’t seem to let go.

We know and recognize these wounds and we feel compelled to protect and forgive. To rescue.

But here’s the thing. Here’s the crucial thing!

See, the whole thing is just a play staged for our benefit. This is our story. And we’re our own victim, rescuer and abuser. It’s all a mirror, an illusion, one mighty holographic mirror into the human psyche. And its primary purpose is to help us find our way back to the unconditional love we actually are. We’ve met our nemesis so that we can break free and soar to our zenith. Everything is exactly as it should be, and we’re doing exactly what we came here to do: tasting the depths and heights of being fully human. And we’re doing it so well!

And actually, so is our twin! They’re playing their part to perfection too, exactly as they’d agreed. Wow, what a play, and how well it’s been staged!

See, we only get caught up in that Drama Triangle when we forget who we really are, and what’s really going on here. We only believe that our abuser needs rescuing if we believe the story that something terrible is happening. That this other person really is helpless and in need of our salvation. And also, only if we’ve forgotten who we really are and why we’re here.

And if we cling to the part of us that is hurt and twisted by pain, rather than freeing it to heal.

Once we remember that we’re actually taking part, mutually and voluntarily, in a play that—if we will only let it—will lead to healing and compassion, we’re able to look at what’s happening with fresh eyes. We realize that this other soul is on a journey too, of their own making and choosing. And that we have agreed to be co-creators for a time, for a reason, but that for each of us to fully live our purpose, we now have to let go. At least for now. In this life time. We have to walk away.

We talk so often about encountering mirrors, we refer to synchronicities, but we often tend to think on a small scale. But it’s happening on a larger scale, too, all the time. And in that knowledge, if we allow it, lies our freedom and our permission to walk away. Being fully human is their gift to us, not just ours to them. And the drama that’s been played out will have encapsulated the themes we chose to explore in this lifetime. And if we want to resolve them, the drama must end. We don’t have to make it neat; it can stay messy. After all, we have eternity.

And, knowing that, we can—and must—walk away.