Why Moving On Requires Owning Up to the Past. 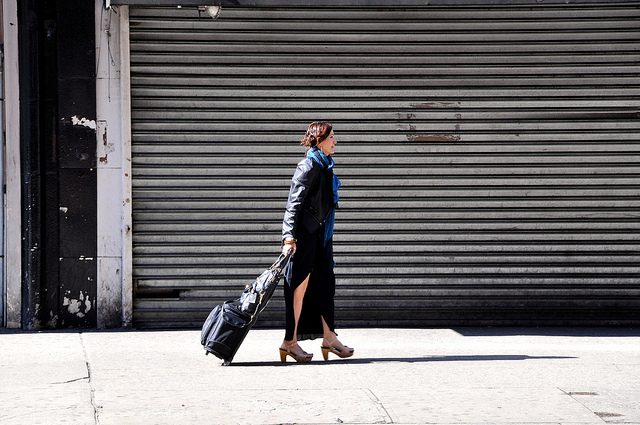 Anne Sexton famously wrote that the end of the affair is always death.

Like many poets, especially great ones, Sexton was prone to exaggeration.

Thankfully, the end of most relationships is not death though ending one is never a pleasant experience. However, there are some that end better than others.

Whether we are the one who ends a relationship or our partner decides to, there are almost always some sort of unfinished business. This is probably not a surprise to anyone who has ever experienced a break-up or even has some measure of life experience. After all, unlike a novel or movie, chapters in real life seldom come with a “The End.”

Still, when a relationship ends badly or even if we are the one who ends it because we feel we have to, there is often more unfinished business than in a so-called normal break-up.

We hear the phrase “move on” a lot and for many that automatically conjures up thoughts of accepting the fact that the relationship is over, physically moving house, and (if need be) legally dissolving the union. While all this is part of moving on, it isn’t the complete picture.

A huge part of truly moving on is to first acknowledge that the relationship was real and happened. Whether it lasted one month or several years, it was a part of our lives and not something that can, or should be, dismissed as “nothing” or something that never happened. The second part is to take the time to reflect on what happened and truthfully recount both the bad and the good things that went on during that time.

While this may sound extremely simple, it is not. Often when relationships end—especially if they were bad ones—the tendency is to only remember the negative. Though we all know the dangers of viewing things through rose-colored glasses and romanticizing the past, there are also real dangers to viewing all things negatively.

At the very least, we risk seeing ourselves as passive observers rather than dynamic players. At worst, we fail to see the ways we contributed to the relationship’s demise even if it was not our intention. This sort of honesty may be uncomfortable or even painful at times but as I have found in my own life, it is very often the only way we can move ahead to better things.

Therefore, the next time we say that we have moved on from a past relationship, perhaps we should stop to to think what we really mean by that. Do we mean the passage of time or putting physical miles between our self and our former partner, or do we mean dealing with the unfinished business even if we never got the chance to have that “final conversation”? If the answer to the latter is “No,” then that doesn’t mean that we have failed. Rather, all it means is that we still need time to heal from it. Each one of us is different and there are even some wounds which never really heal, but do become manageable over time.

Sometimes manageable is the best outcome we can hope for.

10 Ways I Learned to Move on After a Relationship.