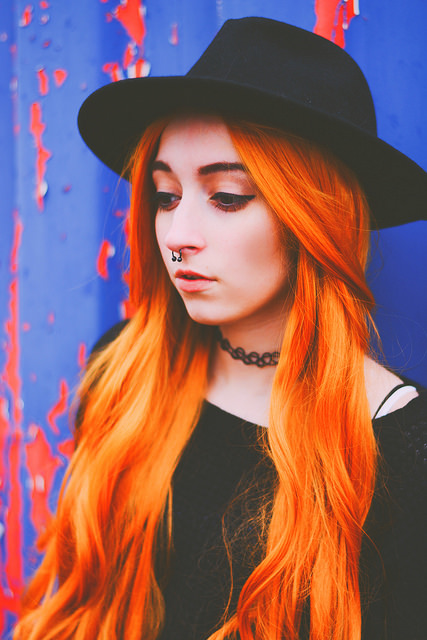 It may sound dramatic, and in reality, it is. Who would have had any idea that starting yoga would have literally changed everything?

It doesn’t happen overnight, but like a slow, smooth criminal, it steals our ignorance and makes us see the truth. Damn you yoga and your enlightening ways. Why can’t we just live in denial and carry on mentally and spiritually asleep?

I’m not the only one yoga has affected—it’s divided many families and friends and persuaded people to leave their jobs, to stop eating meat, sell all their material objects, start OM-ing and who knows what other crazy things.

Our entire lives can be flipped upside down with yoga—so what’s so special about it?

Well before yoga, there was a deep feeling of being lost—not knowing who I was. I thought I did, but that was part of the problem. There were no rewarding goals or even a clear vision of future. There was a lack of drive not knowing where to apply myself. I just sort of floated through my days comfortably and aimlessly. Being in a serious relationship with someone who allowed me to feel comfortable, work wasn’t necessary, and there were no real worries in life.

We lived spontaneously—wherever the wind blew us. Without a care in the world, we just lived life for the moment. It’s truly important to be present in each moment, but it’s also important to have future goals. What was lacking was a game plan and inspiration, but at that time, it was hard to see that. Having comfort and security felt like the goal, and once that was achieved, it was just sitting back and enjoying it all.

Then yoga came in and trampled all over that idea.

After really diving into the practice of yoga (about three years deep into the relationship), the inner fire ignited. I was gaining back my feelings of self worth, empowerment and understanding. Yeah, the practice was initially about getting a good sweat in, but that evolved too. Soon it became easier to notice a reflection of myself in every single practice.

Yoga had kicked down the doors of self awareness and let all of the skeletons out. It shed light on all the corners and cobwebs—the things that were buried and locked. My true self was in there somewhere, fast asleep for far too long. Questions started to arise—all the whys and hows. I questioned everything I thought I ever knew—mostly finding out that I knew absolutely nothing.

This was a huge realization. If everything I knew was wrong, then how could I make it right?

Learning—over and over and over again. Years of programmed thoughts and feelings were broken down and redone. This was the journey of self-study and working on myself layer by layer. The more I opened my eyes, the more space there was to grow. With that realization, my eyes would grow wider. I started to want so much more for myself—to live with passion and endless possibility. There was a strong desire to become a better person—to scrape out the darkness and open up to the light.

The yoga was working. There was a burst of growth—an inner explosion of true potential. Life was slowly shifting and revealing new depths of understanding. I was changing and learning who I really was.

This realization also shed light on the areas of life that didn’t want to be seen. The more growth experienced in life, the more I grew away from my relationship. I wasn’t the person I once was—the distance was slowly creeping in. It came to one thing, one simple ugly truth—either be held back and stay (compromising new growth, goals and dreams) or set off on a new journey, alone (leaving behind what was once loved for so long).

Since the breakup, there were a lot of realizations. Yoga can really f*ck it all up—in the best kind of way. The relationships we lose on our paths to enlightenment are growing experiences in themselves.

This can lead us to really difficult decisions that we must make. Do we move forward or hold ourselves back?

Most of the time, we know that moving forward means we let go of the things that are holding us back—even when it comes to six year long relationships. Yoga came in and made that quite clear.

So if you’ve been curious about trying this yoga—beware. It may encourage you to grow beyond your wildest imagination, to open doors of possibility and to understand yourself on a level you never knew possible.

If these aren’t things you want for yourself, then step away from the yoga mat. 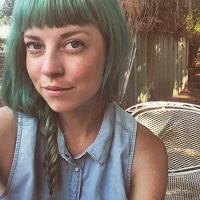