F*ck—I Wish I was Over You. 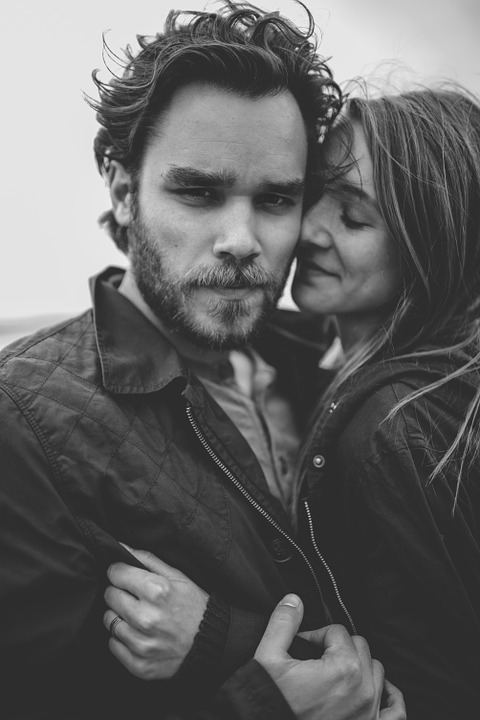 I know that time has etched a ravine between your heart and mine—but I am still not over you.

There was a time when I declared to the world that you were nothing but the dust on a road that I was never going to venture down again.

I proclaimed all of your wrong-doings and destroyed the beautiful image that you held underneath my heart.

Until I realized that it’s those words we shout the loudest that are often the most untrue.

Almost as if we dared to speak them repeatedly, so that one day we would actually believe them.

But the truth is I’m not over you—and I don’t know if I ever will be.

The thing is I have approached my feelings for you like a problem that needed to be solved.

I’ve tried to take my feelings and pack them away in an old and ragged suitcase, latching it tight and dropping it into the frigid waters of a raging ocean storm—only to find that when it washed ashore it was still warm from the touch of your fingertips.

I tried to replace you with the eyes and bodies of others.

These men are those who wanted to be where I wanted you to be—but in the end they just became lifeless shadows that I never had an appetite to dance with.

And oh, the lies I told myself.

I think I picked apart each and every aspect of you, telling myself the thousands of reasons why it would never work and why what I was feeling was foolish.

But somehow, whenever I awoke from my sweltering dreams of what if—late, underneath the ripe full moon—it was always your face that I saw and your arms that I felt.

I’ve tried to escape you in a million and one self-sabotaging ways, only to return to the station once again, wondering if this time we will actually be able to board the train at the same time.

The thing is, I don’t only wish I was over you—I wish at times that I never had met you.

Knowing you makes it impossible to forget you.

And though we both know that I don’t truly mean those words, it’s a situation in which bitterness dampens my taste for any other man.

You have been a part of my heart for so long that I am used to living with your ghost.

We know that I love you, but in what way or what capacity—I’m unsure—because with you, it’s just different.

I’ve never been able to pick apart my feelings for you enough to discover what was at the root of it all along.

So like many things in this life—it just is.

Quite honestly, I am at a loss for what my next step should be.

I don’t have any more weapons in my arsenal to wield against you, and you continually smash through my walls every single time I finish building them back up.

And the truth of it is that maybe you never needed to do that to begin with, because I think you are one of the only ones who’s actually had the damn key all along.

I’ve sat with these feelings as the rolling waves of the sea let them come and go—hoping that one day they would drift away all together.

Yet, despite what seemed possible at one time, they only seem to get stronger.

My brain knows the reality of the situation—yet in spite of that, my heart still won’t let me give up on you.

The ironic thing is that this predicament seems so easy for others to understand, yet—like an iceberg adrift—people only know the tip of the situation and not the full story.

We both have kept more to ourselves than we ever have shared with others.

I’m glad for that, because I enjoy keeping those most enjoyable parts of my life private, yet it is also that mystery that lets others paint you and me in the colors of their own misunderstandings.

But none of that changes anything.

Neither does it change all the mistakes we’ve made, or all that is still there, even when we have both continually turned our backs on it at times.

I wonder if there is a secret to getting over you and forgetting about you once and for all.

And it’s when I whisper these words to myself that I hear my heart chuckle at my own expense, because it seems to know something that it hasn’t yet let me be privy to.

Maybe the truth is there deep, somewhere buried beneath all that I have tried to forget.

Because the reality is that our story may not yet be over.

Perhaps sometimes things have a way of coming back, full circle.

Oftentimes, if we are lucky enough, life can work out in a way that we had never expected it to—yet in a way, we were hoping all along it would.

It’s a situation of truly not knowing what will happen tomorrow, next month or even next year.

The only thing that I do know is that neither of us has ever closed the door completely to one another.

The reality is, by never truly having a beginning—we never really ever had to have an ending either.

Maybe that is precisely why I can’t get over you.

And though I could be wrong, something tells me that though it may frustrate you at times, you enjoy the place you occupy in my heart—and you don’t want to yet consider the thought of another man taking your place there.

Not that it’s a likely possibility anytime soon.

Because even time hasn’t begun to erase what is held within the iridescent electric connection of your lips to mine—and while I don’t know if I will ever get the chance to do all of those things with you that we have yet to, I’m sincerely hoping we do.

And if that possibility comes to light, then my inability to get over you will finally have found meaning.

Because maybe the truth is that I’m just not meant to get over you.