The Paradox of Choice: How too Many Options can Lead you to “The One.” 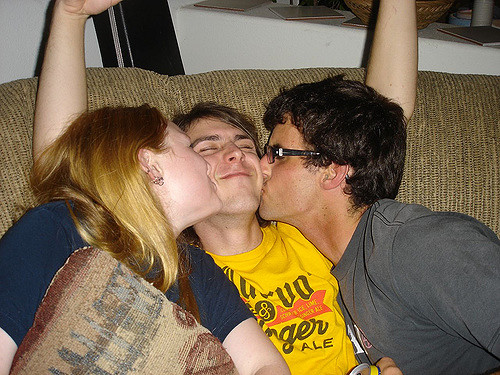 When I was single, I used to lie in bed and swipe the Tinder app on my phone.

Countless faces and profiles would wash past, and I was quick to reject them for minor infractions. I didn’t like his shoes. His hair was parted strangely to the left. Was that a kazoo hanging out of his right side pocket?

“I have 500 matches,” my male friend once boasted about his own foray into Tinder. I stared at him blankly. I had been on Tinder for six months and at that point, I was lucky if I had swiped right 12 times. Was I just picky?

I found something wrong with everyone, because settling terrified me. I was the girl who married her first boyfriend, and after 14 years of a passionless relationship, I vowed I would get it right next time.

I was so young when I met my ex and lacked the necessary guidance before I walked down the aisle. He was, and still is, a kind guy. He promised me security, a shiny ring, a brick house and the sound of babies running around.

I thought that was the extent of what I wanted.

When we divorced, I rushed out and joined a dating site. For the next five years, on and off, I would navigate the world of online dating, even searching Facebook.

When a relationship hit a rough spot, it was easy to break it off, delete his contact information from my phone and start again. Dating profiles are prolific. There is never a shortage of available men and women searching for one another. But this excess in beautiful faces and chiseled bodies comes at a cost.

Barry Schwartz, a Swarthmore College professor wrote a book entitled, The Paradox of Choice: Why More is Less. He surmised that in a culture with an increasing abundance of opportunities, the average person runs the risk of being overloaded to the point of no longer feeling psychologically capable of making choices and settling for things that are beneficial to us. We can actually become despondent when faced with having to deliberate between so many choices for fear of making the wrong one.

For those of us looking for love, is it all too easy to give up on a budding relationship for superficial reasons in search of a more photo-shopped image of perfection? Are we so susceptible to the curated visions other people create in their profiles, that the thought of commitment turns us off? I want to believe that I don’t have to be an image of perfection, that I can be all messy-haired, standing naked in front of the refrigerator at midnight chugging orange juice, and still be loved.

Is it possible for a man to look at me and see beauty when, all day long, all he has to do is turn to Facebook or Instagram to find an “ordinary” woman photo-shopped to the nines. Does anyone ever post pictures of themselves at 3 a.m., drunk on a curb, eating a burrito, salsa stain splattered on their shirt?

Most people post their happy moments. And it can be easy for us to get caught up in the lie when we’re fighting with our significant other or trying to define what we mean to them?

I wonder if social media is why I’ve watched so many good people I know move in and out of relationships like wildfire. People cheat. People fight. People let go. Status updates become more important than actual commitment. We can simply unplug to detach rather than saying goodbye.

How do we balance the benefits of online dating without getting caught up in its downfall?

Social media afforded me access to a plethora of men: short, tall, financially successful and those who asked me to borrow spare change for the bus. I went on dates with conservatives and liberals, men who wore a suit and tie each day and men who had dirt underneath their fingernails. There were men 10 years younger than me, and one unfortunate date with a man who showed up and was older than my dad. I communicated with men who lived in foreign countries and homegrown boys who considered it a struggle to travel across town.

These men and experiences allowed me to refine what I was looking for. Turns out the paradox of choice was not a paradox at all—choice allowed me the freedom to explore who I was against the landscape of someone else, in reference to and as a counterpoint. And this helped me grow.

With every man I dated who wasn’t the one, I realized I was fortified in my disappointment—I was just as happy being alone. I went for long stretches in between dating where I cultivated my own interests. This involved a life outside of my phone: surfing, hiking, traveling and being surrounded by people I loved.

When I did begin to date someone, our relationship was more than posted pictures of the meals we ate together or how many times he liked my Instagram pictures. When I began to date someone, I was okay with deleting my dating apps immediately. I didn’t need to keep a bevy of waiting suitors captive with a slew of selfies. And, I had no desire to disrespect him with likes or heart-shaped emojis on other men’s posts.

Social media became an extension of our face-to-face communication, no more or less. And I didn’t predicate our future on what did or did not happen online. In this way, I took the best thing social media provides—which is access to single men—and used it to my advantage until I didn’t need it anymore.

I have met someone and I’m hopeful. We still have so much to learn. But, now that he is in my life, I find the lure of six-pack abs and that one guy from high school who looks like Ryan Gosling, to be nothing but superficial fluff.

From all the dates I got wrong, I learned that love isn’t about perfection.

Maybe true love starts by accepting someone’s growly parts. It’s knowing when to back off if you’ve overwhelmed them or running your fingers down their back to find their favorite spot when you are alone in the quiet and the dark. Maybe the best relationship are the ones that are long distance and filled with missing someone. Or the ones where you aren’t always on the same page, but you’re not afraid to wait for each other to catch up. Maybe they are filled with conversations about past lovers and future road trips. Maybe they aren’t filled with poems, like you always imagined they would be, because instead, you have met a man who is guided by sea and song.

Maybe, they are so far from perfect that those very imperfections make you feel like you have found home.

So maybe next time you think you’ve found someone great, scroll past that other perfect profile, don’t like that other person’s silly selfie and if you have to use your phone, do it to send your partner a text filled with beautiful words. 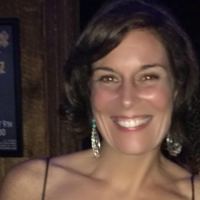