What Would Happen If We Stopped Having Sex? 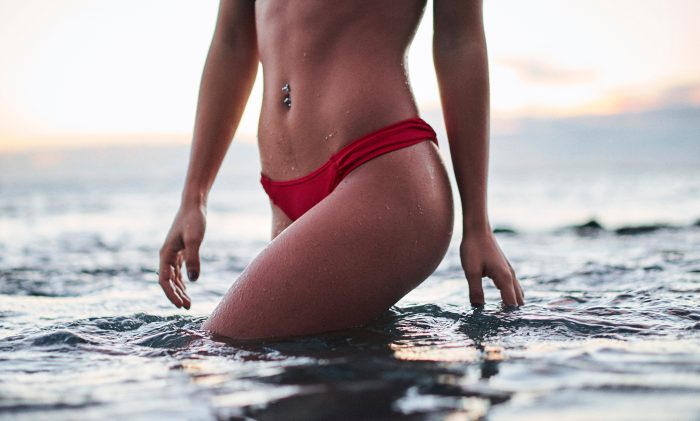 Why have we become sex-obsessed?

Everywhere we look there are attempts to arouse some sort of response in us toward getting it or having it.

We are sold sex. We trade favors for it. We sometimes even bargain like merchants at a carnival to get closer to it. Of course, we believe that we need to have it—and often—and if we don’t there is something missing from our lives.

The lack of it convinces us of our own malfunction.

In our 20s, we read every article about it. How to make it better. How to get more of it and even how to give more of it, in a sexier way.

And yet, how often do we question why we are doing it?

Well, I find in my 30s that I am—questioning.

Do I do it to get something? Is it out of obligation? Am I doing it because I think it represents commitment? Am I wanting to release pressure? Does it demonstrate I am desired? Do I just want pleasure?

I feel like there was a hook way back there that snagged me on sex. There must have been someone telling me that if I was getting it, I would then be worthy of value and care. I did the bump and grind for years with this idea in my mind.

But I slowly discovered: sex is not love.

I learned that sex does not equate to intimacy, either.

Sex is not affection. It does not mean tenderness, nor fidelity. And with sex, satisfaction is not always a guarantee.

So why do we believe that we all want it so?

Sex can hurt. It can disrupt. It can break a heart. It can also create… babies.

I have left sexual experiences feeling close and connected, but I have also finished feeling lonely and cold.

When I look at how pop-culture has used sex, I see that we have been sold it as a replacement for vulnerability.

Mainstream media supplemented the need for trust and time to bond with the act of fulfilling a physical need. It was a sneaky maneuver on their part, as they can now use sex to convince us to buy and consume.

If we spent the same time and money that we focused on the pursuit of a lover on, rather, building bonds of other kinds, how much closer and supportive to each other might we be? Would our bank accounts be a little beefier too?

Maybe we do use sex as an easy cop out, and you know, that’s okay. I sometimes do. It is a unique way to share something with someone, but not actually know much about them afterward. It can seem less frightening than looking directly into someone else’s eyes or asking them who they really are. Our society has re-designed us to see it in this way.

Of course, there are those moments when sex is passionate, meaningful and bite-mark-worthy, and we just need it to be that. However, I have done it too many times when I didn’t totally want it, and I am now curious enough to ask myself, Why?

What if there were another, just as accepted way to reach out that would make sex, when we did have it, what we had always hoped it could be?

I think we are scared. Modern sex covers up our fear of being seen.

It is a simple sell to teenagers who are already insecure and uncertain. It was hocked to me as the magic portal to connection. I remember, after the first time I did it, how incredibly disappointed I was that I felt no closer to that person than before.

I thought sex was like a button I would press that would instantly unite souls. It wasn’t. Intimacy takes a lot more work than that.

If we didn’t feel we had to do things to fit a socially created role, what would we organically do? Would we hold hands for a whole night instead? Would we simply sit together, relax and mutually breathe? Would we respect each others’ bodies better as unique creations through which spirit moves—rather than objets for only desire?

I wonder what our life would be like if we took sex out of the picture for a bit. Could we still find the value we thought it would give us in each other? Or, maybe we would finally have the time to find it within ourselves. Could we be confident enough to say, “Actually, I would like to get to know you in other ways?”

Where would we really like to look for love?

The Day I Stopped Having Sex.