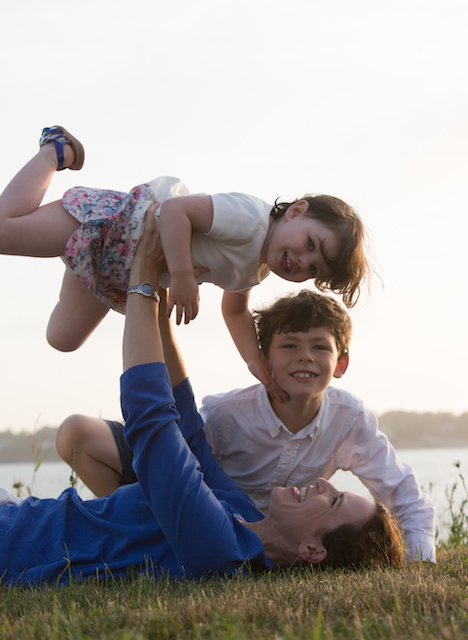 I’m not an especially religious person, but I was raised with Catholic heritage, and its customs and calendar have left an indelible mark on me.

One ritual I feel compelled to practice is Lent, the period of 40 days between Ash Wednesday and Easter. It’s a time of penitence and, for some, fasting—an obvious tool for self-discipline and temperance. Participants typically give up a guilty pleasure or an unhealthy habit—eating chocolate, say—as a test of willpower and, perhaps, a way to relate to Jesus Christ’s own storied battles with temptation.

In the past, I’ve made pledges to do things such as give up alcohol (surprisingly painless) and go to bed on time (epic failure—twice).

Last year, after some soul searching, I vowed to meditate every day on patience.

The idea was largely provoked by my short temper—and consequential regrettable behavior—toward my children. And sometimes the dog. And, um, lots of other drivers on the road. But mostly the kids, and, in particular, my son.

Like all parents, I love my kids—now ages three and nine—beyond measure. But they also have a knack for bringing out the “mommy monster”—and she is not very nice. I am, admittedly, anxious and ambitious, but possess only fair to moderate time management skills. This is a difficult combination of assets. In short, I have many flaws, but my epic battle is with my patience.

Emotions often run high in our house—and, frequently, so do voices. I don’t think we’re much different than a lot of families—being a parent is hard; children are adorable, but also irrational and inefficient. My eldest, Nicholas, is a wonderful, bright, and funny kid. But he’s also hyperactive (he might spontaneously fall off a chair at any moment), has extreme mood swings, suffers from gastrointestinal issues, and has trouble listening. Of all the problems a child could have, these are certainly surmountable. (We’re working with a team of professionals.) Day-to-day, however, there are a lot of frustrating moments.

For my part, I get loud, and I often hear myself escalating a situation instead of controlling it. Full disclosure: I am not World’s #1 Mom. In fact, I’d give myself a B-minus. On a good day. It was clear I needed to stop being such a cranky bitch.

I’m no stranger to meditating; I first learned at age 13 (with a Zazen-style teacher) but my practice heretofore has been pretty sporadic. My lofty Lenten goal was to sit for 20 minutes each day, but, accepting that life would unpredictably get in the way, I gave myself some wiggle room: just sit, even if only for a few minutes, every day. My hope for the outcome—my best case scenario—was simply that I’d remember to invoke the thought “patience” and take a deep breath before inevitably losing my temper. That would at least be an improvement, right?

I started out with unguided mindful meditation, but eventually integrated an app into my practice. At first, this felt remedial. In fact, it became a useful tool for structure, guidance, and regularity. Loosening that grip on my ego was essential—if my commitment was to meditate daily, I told myself, I needed to admit that making it easier was a good choice.

My practice was not perfect—some days were difficult, others I had to cut short or skip altogether. Workouts were also a priority (I was training for a race); deadlines loomed; sick days happened. On the toughest days, my monkey mind would wander—I’d make to-do lists or (embarrassingly) think about how I’d start this story, even though I hadn’t pitched it yet—or my achy hip flexors would command my attention.

Other days, I’d forget to set a timer and get so lost in my bliss that I’d stay with it twice as long as I intended. One glorious day, during a backpacking trip, I reached the destination well before my friends and sat meditating with the sun beating down on my face, even though the temperature was well below freezing. Ski lifts, doctors’ waiting rooms, and other in-between times all became moments of meditative possibility.

Not so suddenly, a few weeks in, the unexpected happened. Slowly, increasingly, I found emotional space, time, insight, and kindness—not just toward my kids but for total strangers, and even myself. I recognized a calm awareness in my anxious mind. I found myself waving other drivers through traffic, enjoying—instead of rushing through—my morning tea, and (miraculously!) on time for my workout classes.

Most importantly, though, I found myself able to cope with the kids’ spills, untied shoes, left-out toys, lost library books, and mini-tantrums in a more appropriate way. Like a yogi finds more flexibility when she relaxes into a pose, I had produced a sliver of extra space where I could breathe and think. That small cushion of time helped me assess and stay ahead of the situation instead of instantly flexing my own angry power. Just like I’d been conditioning my lungs and muscles for my upcoming obstacle race, I’d also begun to train my mind for the endurance sport of parenting. Being responsible for the well being of little people, after all, also requires discipline and effort.

The final week leading up to Easter was a busy one, filled with tight deadlines, new hires, evening events, and a day of travel. Something had to give, and my meditation ended up on the back burner a few times. It was disappointing not to log those days, but I also felt I had hit my stride.

When Easter day arrives, the penitent are free to return to our old habits or pleasures. That morning, the kids came padding into our bedroom at 6:30 a.m., after discovering their baskets and some hidden chocolate eggs.

Nicholas immediately asked if he could play on my phone. My husband groggily mumbled denial, but I relinquished the device, remembering it was what he’d given up for the 40 days prior.

I watched Nick re-immerse himself in his guilty pleasure, impressed that he’d stuck to his own promise with such diligence. But I was just as delighted to find that I needed no relief from my own Lenten promise—the change I had made was one that I was looking forward to continuing.

Later, I asked Nicholas if he thought I’d been more patient lately. “How may stars would you give me?” I asked.

“Three-point-five,” he answered without hesitation.

“What was I before?”

That might have been devastating for some moms to hear, but it was a fair assessment. “Yes! I’ll take it!” I thought, and gave myself a mental fist pump. 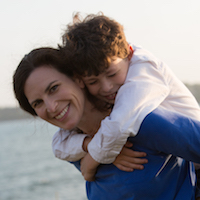