All it Takes is the Right Woman for a Player to Change his Game. 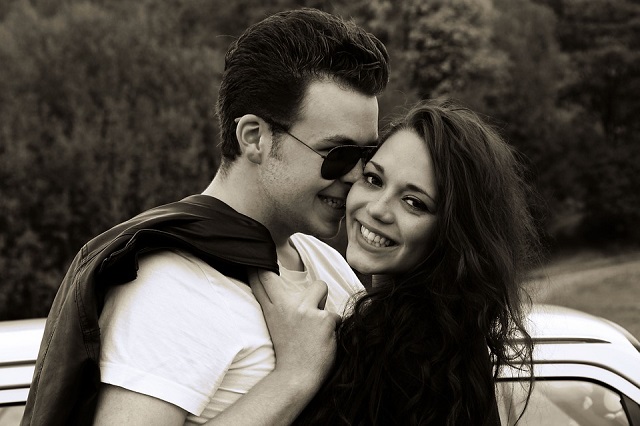 “You say he’s a player, but I want to be the girl he hangs up his jersey for and leaves the game.” ~ searchquotes.com

They say that a player never leaves the game—but that’s untrue.

Those men who enjoy the title of player—and the quantity of women over the quality—have feelings, dreams and goals too…it just takes the right woman to bring all of that to the surface.

It’s easy to believe that once a man acts a certain way, he always will, but each one of us is constantly growing and changing—the truth is that we have all made mistakes in the game of love.

A player isn’t a bad person, but he is lost to himself.

The reason he can’t yet commit to a woman, is that he hasn’t made the choice yet about what kind of man he wants to be.

He has spent time seeking the artificial attention of those women who won’t ever go deep enough to challenge him or enter his heart—because the thing a player is most afraid of is the very thing he has done to so many women.

A player is afraid of getting too close and getting hurt.

Sure, he enjoys the chase and the excitement in the beginning—but at some point, that same man will hang his head with the realization that no matter how many women he can bed, it doesn’t take the place of the one he hopes to wake up to.

This man is an expert not at offense but at defense—because he knows just how close he can get to a woman before his heart will start to grow and expand with feelings, so he keeps barriers up so that very occurrence won’t ever happen.

That is, until he meets the one.

A player hates it when a woman comes along and changes the game all together.

She doesn’t abide by the rules he has consistently played by, and she doesn’t act like all of the other women who have shared his bed. It’s that combination of irritation and curiosity that will lead him down a road he’s never traveled before.

A player has the same needs we all have, but he has spent years spreading those out among several women, because it is easier to not develop feelings that way.

Most men who play the game have a woman who is the “go-to” if he needs to talk. He has those women he will go out and do things with—and then there are those who he only visits late at night.

This is because it’s easier to not fall in love if he makes the choice to not give one woman the chance to be a friend, confidant and lover.

A player isn’t an ignorant man, and with every pawn taken, he knows precisely what his next move will be.

But that’s the thing—when he meets a queen, she just won’t be played in the same way.

There may be a messy journey and learning process for him, because after all, it’s not easy to give up a way of life or to change a pattern of behavior—but if she is worth it, he will.

Even the most celebrated player will be able to recognize the inherent differences in a woman who is worth leaving the game for, even if he doesn’t know how to exactly do that.

Because although this kind of charmed man is skilled in sex—he’s a virgin when it comes to true intimacy.

Part of the player’s game is to not have actual emotional intimacy with a woman because of the risk of attachment and feelings—yet, when he meets the right woman all of that will have to change.

And of course, there will be a learning curve.

It will take time for this man to realize what those thoughts and feelings running through his mind mean, because he’s never experienced them before—and honestly, he doesn’t know how to let a woman in deep enough so she can become his everything.

The reality is that this player has never played this kind of game before—and now all bets are off.

For every player there comes a day when he meets his match—his true equal—and she just isn’t going to settle for outdated stereotypes or rumors she may have heard about him.

One of the greatest gifts a woman can give this type of man is to simply believe in him.

It’s not that she will be a fool about it, but she is confident, and it is that quality that will allow her to continue on and show him what the love of a woman can truly feel like if he stays long enough to find out.

She will be vulnerable and won’t hide behind fears—it’s that raw sensitivity that will touch his heart and birth the desire to be a better man, because he will want to do right by her.

There will just be something different about this woman—and that’s when he will make the choice to leave the game for good.

Suddenly, he doesn’t gain satisfaction from pursuing new women when all he wants to do is be around the one who looks at him like the man he’d been learning how to be all along.

The reality is that this man wouldn’t be the same man he is today if he hadn’t done and experienced all he had.

But—the choice to love him means to trust him and to leave the past where it is, because just like in any relationship, we can’t drag up what happened in the past.

We have to love him enough to let him move on.

Because when this man has met the one who is worth hanging up his jersey for, he will realize that the only game he is interested in now is to win the heart of the woman who already holds his.