Should we Still the Mind or Encourage more Thinking? 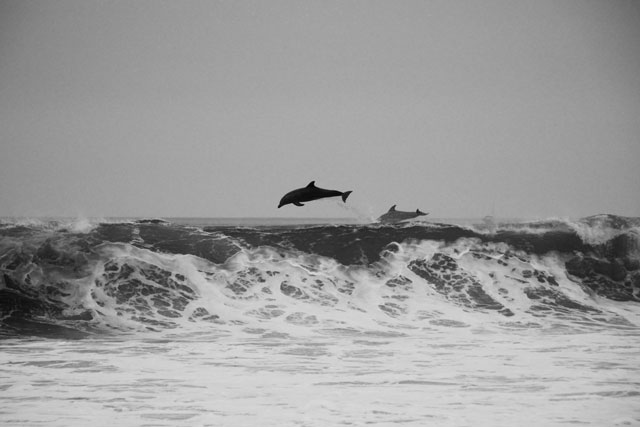 I am a classic over-thinker.

If I ever had to write my autobiography it would be titled, Diary of an Unquiet Mind. Who thinks about that, right? Who is out there, considering what their autobiography could be titled? Clearly someone who is enthralled by their own ego, and of course, a vintage over-thinker.

Thinking, talking and writing are my most defining characteristics. I like to pontificate, and then I like to give my opinion, or several opinions—written, spoken or in any other way it regurgitates out of me at the time.

As a yoga practitioner I have tried to still this overwhelming thought diarrhoea through yoga, meditation, chanting. I tried pretty much anything to be more present and in the moment. Sometimes it works…to a degree. But despite the pressure to still the mind, I have an overwhelming urge to rebel and instead make peace with the unquiet mind, the curious mind, the thinking mind. After all, thinking is our essential nature.

Descartes famously wrote, “I think therefore I am.” The thinking was very proof that we were here, right now, not existentially but tangibly.

These days in the mindful, wellness, yogi sector, most would disagree with that statement and argue that we’re ephemeral and transient beings, and whatever label or lens we perceive this world through is usually ego or coloured by ego.

At the risk of having every Chopra and Tolle fan fly up in rage, I disagree.

Thinking is part of our core being, as is curiosity. To maintain curiosity in life, to question, keeps us on our toes, keeps us relevant and interested.

But when does curiosity and thinking start to border on the pathological? When does it become counter-productive to our being?

Recently on a yoga retreat, I attended a silent yoga class. That basically means the instructor doesn’t say a word from start to finish. In this case, the yoga instructor signalled the changes in postures through a clicking sound. 45 minutes through the class I had to sit out, mainly because my thoughts had overwhelmed me.

Some of the thoughts which were crossing my mind were:

“I feel really sick. I shouldn’t have had Thai food last night from that dodgy store. When will I learn my lesson?”

“Why are there only two men in this class? My single friend will be disappointed that men are so underrepresented at the retreat.”

“Maybe I should have had some kombucha before I started, that would have settled my stomach … or unsettled it?”

You know that sort of banal, irrelevant, extraneous sort of thinking? Just a whole raft of very useless stuff. But eventually I had to concede “thought-defeat” and sit out.

Later, when the practise was completed, I had a chat with the instructor, who was a little baffled by my thought-overload case. I instead had a light bulb moment (you know, of the “I think therefore I am” variety)—I tether myself to words.

Words are what keep me grounded, when I am about to fly off in a cloud of overthinking flakiness, words, ironically are my rudder.

Without words spoken from the teacher I was off, unable to focus on the here and now. How much of a problem is that?

My teacher also had a second insight. When teaching silent yoga, the magic happens when the group starts moving like a school of fish—in unison and synchronicity. There is a beauty to it. Somehow it mirrors the natural patterns in life, and it’s almost as though surrendering our thoughts to be part of that collective movement is required to achieve that level of harmony and unanimity. In that moment there is the collective mind, the collective energy, an interconnectedness that might best be described through the crown chakra—sahasrara (located on top of the head, the chakra that links the river to the ocean and us to everything else).

She indicated that given I was on the periphery of the class (around the edge) and I had been a little late, I hadn’t been able to completely be part of that energy or join that unison. The conditions weren’t ideal.

She was right. It had been a combination of things, my peripheral location and lateness had established circumstances which didn’t allow me to be completely part of the established group…but there was also my lack of surrender.

To be part of that “school of fish,” that perfect unity, the pure consciousness, there is a need to surrender, not expressed as a form of defeat, but willingly to surrender our own thoughts and become part of this far greater beauty.

But I can’t do that, not all the time at least, and sometimes I worry that we’re required to surrender too much.

There’s something to be said about maintaining our curiosity, our interest and inquisitiveness. As human beings we’re programmed to ask “why?” Asking why has led us to this very point—so much art, innovation, creativity and magic has occurred because of our innate inquisitiveness.

I can’t help but think there is a time to go with the flow, and be part of the collective and there is also a time to remain separate, to be on the outskirts of the pack, to see the flaws in the plan and to ask the questions that lead to change.

The world is often a dance, a dichotomy, between the ying and the yang, the Shakti and Shiva, the silence and thought—somehow we need to balance both of those elements to maintain equilibrium.

No doubt an overactive mind (in my case) might be a symptom of an unbalanced perspective, but nonetheless we should be seeking moments of quiet and equal parts of unquiet to truly be balanced.