The One Thing that can Save us when we are Poisoned by Anger. 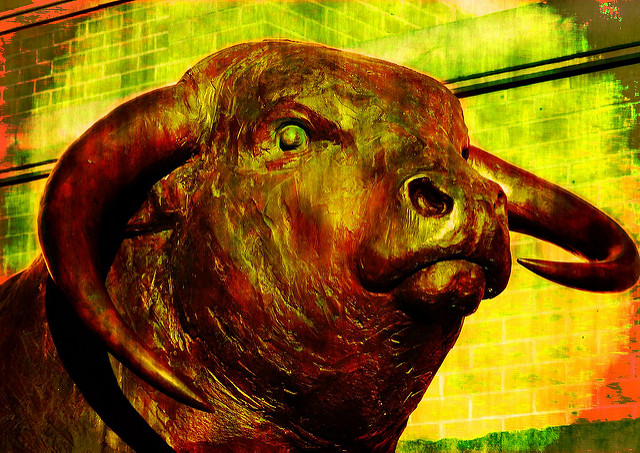 I sat in the passenger’s seat quietly, looking out his car window as he texted a heated reply to his ex on his iPhone, just one of a long stream of ongoing bitter exchanges between them.

The air between us filled with an almost palpable cloud of resentment, aimed not at each other, but toward the constant barrage of irreconcilable differences between him and the person at the other end of the phone.

In the beginning, I’d had an almost Zen-like acceptance of the situation. Months before, I’d been a voice of reason, a calm in the storm, whenever these arguments popped up. The problem was that they were never resolved, and piece by piece, bit by bit, I saw how they tore away at his esteem and prevented his happiness.

Along the way, seeing his constant struggle, I began to take them personally. I’d joined him in his anger and I left behind my resolve to reflect on the positive.

He clicked his phone off and set it down, looking at me in silence.

“It’s okay,” I said, and then ventured into an angry rant that, no doubt, reflected his own sentiments. He sat in silence, listening to me, then turned the car on and began to drive. The radio cheerfully plucked out tunes that felt out of place in the thick, electric air.

When we arrived in my driveway, he pulled the key out of the ignition. He turned to me and spoke.

I wanted to argue, but I knew he was right. I had changed.

I’d allowed negativity of his past relationship to seep into my life like drops of poison, slowly contaminating my compassion and empathy and casting a dark spell on my thoughts and words.

Out of my own empathy for his pain, and with the best of intentions, I’d begun feeding the fire of anger, knowing it was the heat from it that was burning us all.

That night, I laid in bed thinking about what had happened. Bitter thoughts stirred and swirled in my mind, and I watched them pass.

It occurred to me that there were lessons I could embrace, and instead of feeling consumed by my anger, I began to feel empowered.

Then I felt the shift.

Anger is not wrong. It is a natural reaction that happens when others cause pain for us or those we love, when we experience fear and don’t know what to do with it, or when we disagree strongly with someone else’s perception of a situation.

But still, it is not “our” anger to bear. We do not own it, and we do not have to keep it or act upon it.

Just like sadness, shame, grief, or guilt, we can allow it to sit within our bones, filling our marrow with foul ugliness, or we can choose to recognize that it is a call to action for us to align our core values with our responses to the people and situations around us.

When our anger is out of fear, we have an opportunity to recognize and confront those fears so that we can overcome them.

When we disagree with others’ perception of a situation or their actions (something we may be feeling during this election year, for example), we have an opportunity to recognize that each of us has taken different paths that have led us to believe what we do.

We do not have to tolerate hate, but we can begin to see those who say and do hateful or unkind things through a lens of compassion; it is their life experiences have led them to feel hatred or distrust toward others, and there is pain and suffering behind these emotions and actions.

I once read an interview with the Dalai Lama in which he was asked about his feelings about the Chinese soldiers who have destroyed monasteries and imprisoned or killed thousands of Buddhist monks and leaders:

“Sometimes I lose my temper, but afterward, I get more concern, more compassion toward them,” the Dalai Lama replied. “In my daily prayer, I take in their suffering, their anger, their ignorance and I give back compassion.”

Instead of fighting hate and anger with more hate and anger, the Dalai Lama went on to say that he envisions his enemies being enveloped by compassion. In doing so, he not only refuses to engage in the fight, but he douses the flames of anger with a blanket of kindness.

There is grace and freedom in recognizing the choice in what we allow into our lives, and what we do not. We do not have to choose anger. We have a choice to watch it pass through us so that we can be more mindful in our responses.

Peace and compassion are the opposites of anger. They are not passive; we must create and cultivate them mindfully and patiently.

We cannot change the thoughts or actions of others, but we can choose to be kind—not because we decide that others deserve it, but because of who we are and who we are choosing to become.