The Rescuer always becomes the Victim. 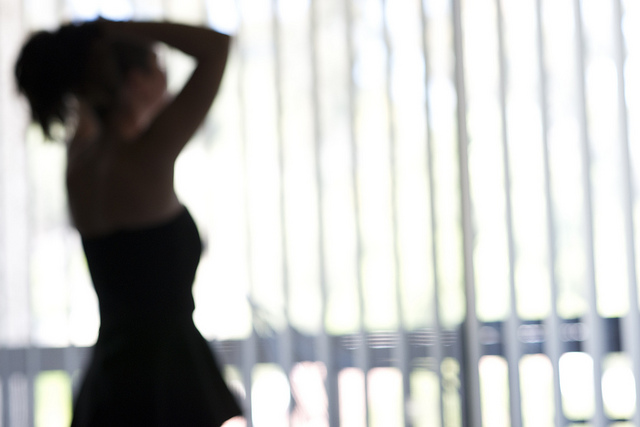 “He left me,” the woman I used to work with said while we were having lunch.

What? She’d always said they were so much in love. He had two children from two former marriages that she was mothering. They’d had newborn twins of their own.

“What could he have been thinking?” I asked her, incredulous.

She went on with the list of “usual suspects,” the He Met Somebody Else Suspect, the He Couldn’t Handle the Responsibility Suspect, even the He Hadn’t Gotten Enough Sleep Suspect.

To her credit, she went to see a therapist. It’s not that I personally think “seeing a therapist” is a solution to every problem so much as I think it’s probably a good idea, when you’re faced with a game-changer like this, to see someone who is looking at the game through a different window than yours.

Being one of those someones who was looking through a different window, I myself had been concerned about my friend from the beginning.

It was one thing for her to take care of her husband’s children from two former failed marriages—when both of those failed marriages had occurred within a year of each other—but then, as I got to know her, I noticed other things had piled on.

Not only were there the two children that she took care of, there was her grown cousin who (supposedly) had nowhere else to live and who lived in the third bedroom—rent free. There was the elderly neighbor who (supposedly) had no one else to help her find an assisted living facility. And then, if all of that weren’t enough, along comes twins.

Nevertheless, I could relate to my friend. I’d been there and done those kinds of taking-care-of-people, they-need-me, it’s-the-right-thing-to-do, things.

Know anybody who goes around “rescuing” people only to have the house of cards that they have built out of overwork and over-extension and over-caring collapse in their faces?

“The Rescuer always becomes the victim,” I told my friend. It’s one of those “always” things in life.

It was way back in the 1970s that I first became acquainted with what is referred to as the Drama Triangle. “A social model that was conceived by Stephen Karpman, M.D. …[for] defining the roles of Persecutor, Victim, and Rescuer and an …analysis of how the participants switch roles in conflict.”

In a highly readable article posted on her Facebook page, Elizabeth Gilbert offers a further explanation:

Gilbert goes on to say that:

“…families [and relationships] trapped in the Drama Triangle get so enmeshed…that they end up switching roles. The Victim becomes the Persecutor (manipulating, punishing, and aggressively accusing everyone of not helping him or her enough), and the Rescuer becomes the Victim (under constant attack, torn to pieces, saying things like, ‘After all I’ve done for you, how can you treat me so terribly’) and so forth… It’s a hot mess.”

My personal way of moving into the Drama Triangle was as Rescuer and the description on Wikipedia is spot on when it says:

“The Rescuer…has a mixed motive and is actually benefiting egoically in some way from being “the one who rescues.” [She] has a surface motive of resolving the problem, and appears to make great efforts to solve it, but also has a hidden motive…to succeed in a way that [she] benefits by:

The trouble was that I also ended up feeling burned out, resentful and used.

The thing that changed my life was when the instructor in the class I was taking on the Karpman Drama Triangle simply said:

“The Rescuer always becomes the victim.”

A light went off for me when I heard those words. I remembered the time I had heroically volunteered to be the foster mother for an almost 18-year old girl that nobody wanted to offer a home to (even though I had three teenagers of my own, no bedroom for the foster girl and a husband who worked 70-80 hours a week). Or, the time I said I would cook all the food for 50 homeless people myself when the person in charge failed to show up (despite the fact that there were dozens of other volunteers I could have called on to help me).

But I preferred my role of Rescuer. I didn’t know anything else. It was the only way I had of “respecting” myself—even though the price of that respect was becoming more and more than I wanted to pay.

Life is different for me now. That is not to say I don’t fall back into my old ways—I do. But now I recognize what I am doing before I offer help and rarely end up filled with resentment and feeling used.

These days, I ask myself a question before I get involved in a situation in which it “appears” to me that someone wants/needs help.

“Is it more important to me that they be helped than it is to them?”

That’s the way I check out my own personal “egoic” need to be the Rescuer. Another way, it to ask the person outright.

“Are you asking for my help and what exactly would you like that help to be.”

You’d be surprised at how many times people say, “No, thank you. I can handle it myself. I just wanted to vent.”

As for the friend I was having lunch with?

It’s been over a year since her husband left and through the therapy she has been doing she understands that her need to play the Rescuer role led her to make choices and to do things that she could have done differently.

She gave her cousin a deadline and the cousin has found her own apartment. Her neighbor is being taken care of by a family member more suitable for the role. And her husband? She has quite simply said, “No thank you,” to him every time he tells her he’s so sorry he had that affair or moved in with that woman or doesn’t meet the child support payments and wants her to please, please, please take him back.