The Wandering Swami: A Lesson in Gratitude from 70s Bulgaria. 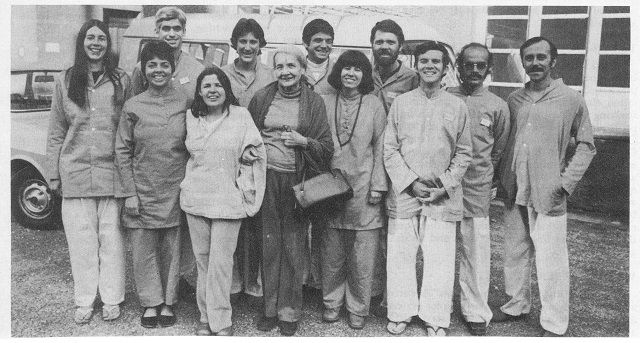 Flying into Mumbai at the start of my most recent pilgrimage, I thought of how different this trip was from my first visit to India in 1977.

Instead of this relatively comfortable 6-hour direct flight from London, my initiation into Asian travel had been a month-long overland quest that started in Munich.

I was one of a group of nine yogis making the trip; we had picked up our two vehicles in Germany and headed east through Austria, Hungary, Bulgaria, Turkey, Iran, Afghanistan and Pakistan.

I have fond memories of adventures in each of those countries, but my brief stay in Bulgaria is the one that I think of most often because it taught me one of my greatest lessons in gratitude.

In the 60s and 70s, the days of the “hippie trail,” many people started their eastward trek with a bit of downtime on a sunny Greek beach. But our group had chosen to go through grey Bulgaria instead; this was the result of a letter I had received from Nikola, a Bulgarian friend.

Nikola had managed to get out of the Communist-ruled country for a short time by saying that he was going to a scientific conference. His wife had not been permitted to travel with him, as his family were a guarantee to the government that he would return. Although it was risky, he had cut short his time at the conference and spent some time at the Sivananda Ashram in Quebec’s Laurentian Mountains, where I was a staff-member.

We became friendly and when Nikola returned to Bulgaria, we corresponded. When I wrote to him about our planned overland trip to India, Nikola literally begged our group to visit. We naively agreed, thinking it might be interesting to meet fellow-yogis in other cultures.

We soon found that yoga under communist rule was quite different from the yoga that we enjoyed in the West.

Upon our arrival in Sofia, we were taken to a meeting in a secret, soundproof room that made me feel as though I were in a spy movie. Our meditation and chanting session started only after the area was checked for “bugs.”

From Sofia, Nikola took us on to his mountain village near Veliko Tarnovo, the ancient capital of Bulgaria. After lunch, we drove to a scenic outlook and left our vehicles there. Then we walked through the forest for about half an hour until we came to a clearing with hundreds of people in it.

They had come for a secret meeting—to engage in the illegal activity of an asana class.

No flyers had been sent out or posters put up. The organisers had told only people whom they trusted, and they had passed the information on, by word of mouth.

People begged us for books that could be translated and shared. They had one typewritten copy (pre-computer days) of my teacher, Swami Vishnu-devananda’s, Complete Illustrated Book of Yoga. When a person was finished with the book, he or she would pass it on only to someone they trusted—it would be dangerous if it got into the wrong hands.

After the class, we headed back to Nikola’s home for supper, but met his cousin standing on the road. He was there to warn us that the police were in the village awaiting our return—so we turned the cars around and headed for the Turkish border as quickly as possible.

I think of this experience every time I teach a course on the Hatha Yoga Pradipika. There is one verse at the very beginning of the text that makes many students giggle.

1.12. A yoga practitioner should live…in fertile country ruled over by virtuous king, where he will not be disturbed.

Although we in the West might not agree completely with our governments, we are blessed with the freedom to speak and practise as we like.

This verse outlines some of the many things for which we should be grateful, things that many of us take for granted. We live in a fertile country (we have enough food to eat) ruled over by a virtuous king (freely elected government) where our practice will not be disturbed (no war or bombing going on).

I often point out to students that in many places in the world, even today, we would be arrested for doing some of the simple things that we take for granted, such as taking a yoga class. But we have the freedom to more-or-less say or do anything we like—as long as we don’t hurt other people or advocate a violent overthrow of government or something in that vein.

Since 1977, I’ve made numerous trips to India, both alone and leading groups. I look forward to sharing more of my exploits and observations with you in this column. 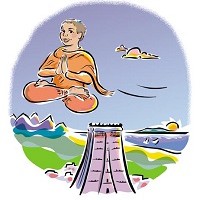