He was Asking for it: Why We Don’t Talk About Male Sexual Assault. 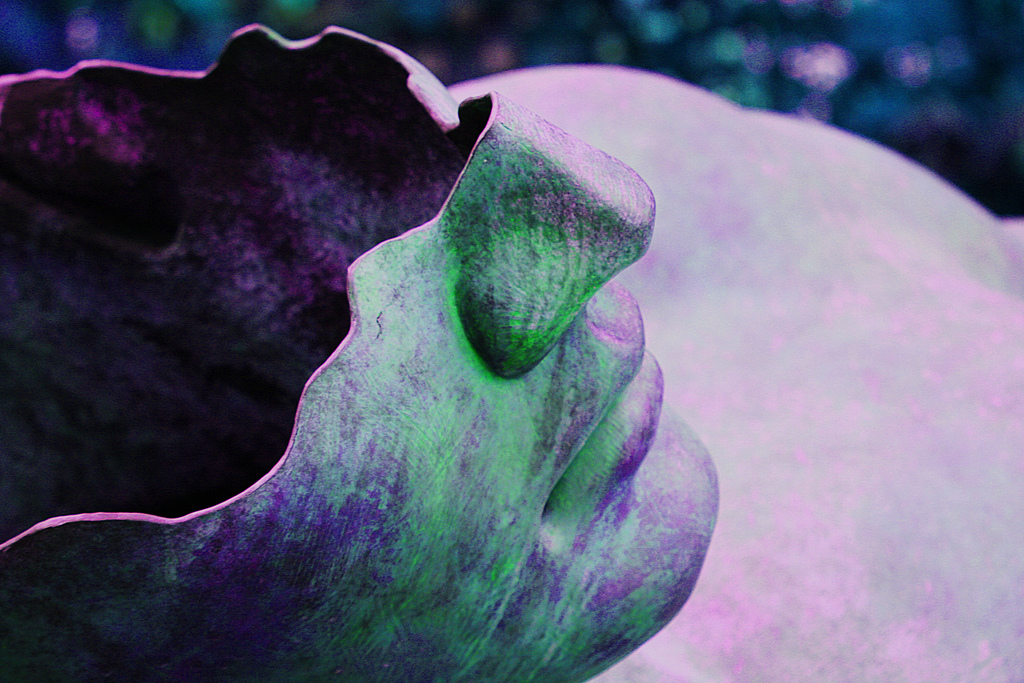 Since I love Slash’s music, I was excited to watch the video.

By the end I found myself sitting in front of the screen feeling uneasy. While I liked the song, I felt upset about the video: In it, Fergie plays the role of a crazy stalker, who hunts down Slash and slips drugs into his drink. She then takes him home, ties him to the bed, grinds on him and presumably kills him in the end.

It did not feel right.

Since the days of Wagner and Beethoven, the most exciting music has pushed boundaries. Music often stirs controversy in important ways—think about Jimi Hendrix’s rendition of the “Star-Spangled Banner,” which was a legendary critique of the Vietnam War. Bands like the Sex Pistols have pushed society’s rigid boundaries so far that they have redefined them in the process.

And yet, some boundaries should not be pushed.

Some boundaries exist to be honored, cherished and respected.

Some boundaries are so important that it is heartbreaking and trust-breaking when they get violated.

When it comes to sexual boundaries, it is not only women who have had them violated. Men (as well as transgender and intersex people) are also regularly subjected to sexual violence.

Male prison rape is common in the US (which has the world’s highest incarceration rate) and elsewhere in the world.

But male sexual abuse does not only happen behind bars.

For instance, in the 2010 National Intimate Partner And Sexual Violence Survey conducted by the US Centers for Disease Control and Prevention, 1 in 5 men (22.2 percent) reported having experienced sexual victimization other than rape at some point in his life.

This survey also measured a new category of sexual victimization—“being made to penetrate someone else” through force, threat of force or in a situation where the victim is unable to consent—which is particularly unique to males.

In the UK, according to police figures, there were 26,483 recorded incidents of males being victims of sexual assault or rape between 2010 and 2014. The overall prevalence of male sexual assault is expected to be much higher as the number of men who report these incidents may be as low as 3.9 percent.

Despite the fact that men are not immune to sexual assault, male victims generally receive far less support than female victims.

I learned this firsthand early on. As a teenager, I was working for an emergency hotline for adolescents when I answered a call from a man my own age who had been sexually abused. It was my job to give him information about places that could help him in his situation.

As I flipped through the handbook that listed the names and contact information of institutions, I realized that there were ridiculously few places that specialized in male victims of sexual assault.

(Note: It is my understanding that the situation has improved since then.)

It did not seem fair to me—had he been a woman, I could have referred him to numerous institutions, but since he was a male victim of sexual assault, options were much more limited.

I learned a deeper understanding of how much male victimization is overlooked in classes at law school. One class was on international criminal law, a subject matter that entails the worst of humanity—genocide, crimes against humanity and war crimes. As mass rapes during the occupation of Germany at the end of World War II or the Nanking Massacre show, war and international conflicts are a breeding ground for sexual violence.

When it comes to sexual violence in armed conflicts, the focus is largely on female victims, with male victims being under noticed. Yet, as scholars have noted, sexual violence in armed conflicts affects men, too. For instance, the Guardian ran a story which highlighted the issue by including numerous personal accounts of men who were brutally raped in conflict areas.

All these examples show that rape and sexual assault can hurt anyone and that all victims need to receive adequate help and support, whether in war zones or in non-conflict areas.

The issue of male sexual victimization became personal for me after I found out a number of male friends and acquaintances had suffered from some form of sexual abuse.

The stories they shared included both incidents in childhood and in adulthood, at the hands of individuals or groups and men or women.

Suddenly, the abstract and theoretical had a familiar face.

Public perception is often that men cannot be victimized sexually—at least, not by a woman. Many assume that men can fend off a perpetrator if and when they need to (at least, easier than woman can), and that an erection equals consent.

In his Washington Post article, writer Richard Morgan graphically describes how, during his rape, his rapist managed to produce the (purely) physiological erection response in him, even while he was crying.

Involuntary sexual arousal, including orgasms, has also been reported in female victims of sexual violence. Regardless of gender, for sexual assault victims, such bodily responses can make things even worse, as they can make victims feel betrayed by their own bodies.

Given all of this information, the issue of male sexual assault has to be taken seriously.

Yet the music video with Slash and Fergie shows that this is not the case. As the comments underneath the video show, many find it quite sexy: We read from male commentators that they envy Slash, and from female ones that they would like to be Fergie in the video.

But how would we feel about the video if the roles were reversed? What if Slash played an obsessed stalker who caught Fergie’s interest after her show, drugged her and tied her to the bed? Would we really feel that Fergie “got lucky?”

Or would we find the video appalling and disturbing?

The reality is that male sexual assault is neither sexy nor funny.

Below are some graphic accounts (taken from this and this reddit thread) of how men have experienced sexual violence in real life. These stories show that male sexual assault is not something that should be taken lightly or treated as a laughing matter.

If you do not wish to read these potentially triggering accounts, please scroll past these stories for a list of how you can help the cause.

“I had passed out on the dirt ground, and from the stories I heard, she woke me up and tried to fuck me. I only have vague flashes of what happened, but she succeeded. I still don’t know whats worse: The fact that I lost my valued virginity to a girl who claimed she respected my virginity, while in a near-alcohol poisoning state; or the fact that my best friends saw all of this happen and did absolutely nothing to stop it.”

“I drank until I blacked out at a friend’s house. I walked home alone through Boston at 4:30 am. I woke up in my girlfriend’s bed with a giant head wound, bleeding out my ass. No memory of the attack, thankfully.“

“My at the time girlfriend threatened to bash my skull in, after I just got a fracture there. She forced sex on me and I was not ready for it at all. Prior to it I did not want it, nor did I at the time, and never have I since. This was just after getting out of a coma, so I was pretty out of it even still at the time. She covered my mouth the whole time.”

“I was sexually assaulted as a part of hazing when I joined the high school cross country team. I was pinned down by roughly 8 other guys. They pulled down my pants and underwear and took turns “butt-gouging” me. (Sticking two fingers as far up someone’s anus as you can). The process was a good 7-10 minutes long.”

“When I was fifteen my mom got me black out drunk. I don’t remember anything from that night. However, the next day I woke up in her bed naked, and she was in the living room naked acting all kinds of weird.”

Even just reading through these real-life accounts of male sexual assault is painful.

So please, dear culture, stop telling males who were sexually assaulted by female(s) that they “got lucky.”

Please stop portraying this as something funny—because it is not.

Please stop questioning if men can get raped.

Please, let’s make room for everyone (male, female or other) to tell their stories of sexual abuse and have them be met with compassion and kindness, not ridicule or disbelief.

Here are a few things you can do to help the cause: