What Traveling Abroad has done for Me. 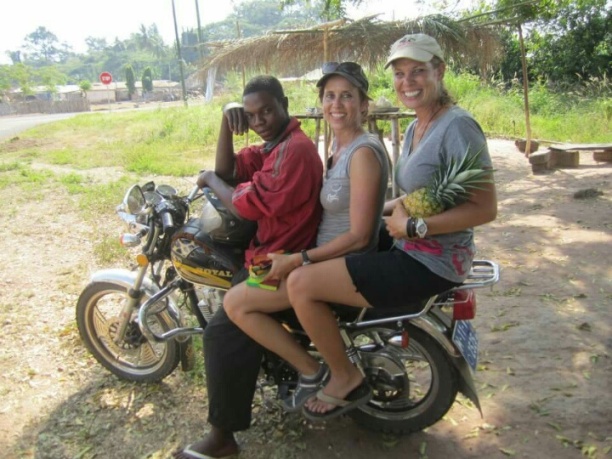 It was 2009, and my world had been tossed and battered like a kite in a storm.

The business I thought would continue to grow as I grew older had become a casualty of the recession, as had our house and our expensive vehicles. Everything I had used to define myself was gone.

I didn’t know who I was without all of the “stuff” I had paid for with years of sacrifice and hours upon hours of dedication to my company. I spent my days trying to find employment while feeling like a failure, my insides hollow and my soul bruised and crippled.

I took an unfulfilling job with a publishing company and spent a year passing listlessly through its doors, confined to my cell of an office for eight hours each day before escaping into the parking lot and driving back home to the sanctuary of my family.

My fog began to lift, and for the first time, I opened my eyes to find that purpose and hope had been standing before me all along.

To this day, when people ask me how I ended up in Ghana, I cannot fully tell them because I don’t quite understand it myself. It began with a bucket list. Next to each list—my lifetime goals, my 20-year goals, my five-year goals, and my two-year goals—I’d scribbled the word “Africa.”

Knowing very little about it, my whole life I’d been drawn there. I had dreams of Africa for as long as I can remember, and although at the time I had no idea how vast and different each country and region was, I had a sense of knowing that one day I wanted to end up there. I just didn’t think it was possible.

When my then-husband came to me with the idea of selling some of his sporting equipment to pay for me to go, I gratefully and excitedly jumped at the chance. I got online and found a program in Ghana, and was on a plane less than two months later.

I arrived in Ghana by myself, not knowing a single person in the entire country. I stayed in a hostel and taught fourth grade in an orphanage located in a slum. My classroom was a small, hot concrete room with a leaky corrugated metal roof that was equipped with rickety wooden desks and a chalkboard.

Sometimes the school ran out of chalk, so teachers had to share. Children shared their ink pens with siblings in other classes, running between rooms to borrow from each other.

Admittedly, at first, I didn’t recognize the false and sometimes damaging ideas I had about volunteering. I didn’t understand the negative impact that donations and handouts could have on a local economy, and I was under the false impression that my temporary contributions could support lasting change. I thought I had something to give, but in reality, it was me who gained far more than I could ever give. 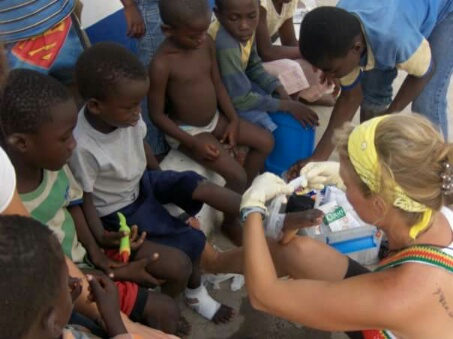 Many people have asked me about Ghana, only to shake their heads and say, “There are so many problems there. How can you possibly make a difference?”

I’ve had those moments myself, too. In fact, when I got on the airplane to Ghana the first time, I thought I had a good handle on what those problems were. I was so wrong, and my naivety was only a byproduct of privilege I didn’t realize I had. I also didn’t realize that I’d been normalized to have what is referred to as a “white savior complex,” something I’ve grown more aware of and repulsed by as time goes on.

Still, the problems in Ghana and so many other developing countries are so big, so complicated that they’re almost too much to think about.

As many as one in three children is trafficked for child slavery, primarily in the fishing and agricultural industries. The educational system is broken. The government is often corrupt. Water, electricity and other utilities are unavailable or unreliable. Half a million people have HIV, the virus that causes AIDS, and hunger, malaria, tuberculosis and waterborne illnesses kill hundreds of thousands of people in a country smaller than the size of Arizona each year.

About two weeks into my trip, after days of teaching in the heat, taking bucket showers and eating countless bowls of white rice and tomatoes, sometimes sprinkled with tiny bug carcasses, I called my husband. I couldn’t talk. Instead, I cried and cried, with him silent on the other line.

I realized that all of my ideas about the world—what was “normal” and what suffering is—were wrong. I realized that I don’t have the answers I thought I did, and I realized the fortune I had fallen into without earning it; I was born into a place where I have enough—enough food, enough money, enough love, with skin color that continues to earn me advantages I did nothing to deserve.

I cried for all of these things, and I cried because I knew a part of me had died, and was going to be replaced with something I didn’t yet know.

Since that day, my life has changed. Instead of feeling hopeless and helpless, my experience, and the continued love and commitment I feel toward people who have now become like family to me have allowed me to grow in ways I could not have imagined.

I realize now that making a difference has little to do with my own accomplishments, but at the same time, I have the connections and resources to be a catalyst for a change.

The only sustainable social changes that will happen in Ghana and anywhere else will not happen because white people like me show up. They’ll happen when there is true equality, and when the people who are most vested in the outcome become empowered to decide for themselves what they want for themselves and for their children.

Those of us with privilege have to give up the idea that we are change-makers, and instead, step back and give the voices of those who have been silenced opportunity to be heard.

We don’t need to speak for others. We need to make our own egos step aside and do whatever it takes to let the oppressed or less privileged voices be heard.

I am no savior, and I am no hero. I know there is nothing special about me that makes me smarter or more capable than any of the many people I have grown to know and love in Ghana. I am simply fortunate enough—due to nothing I have done or earned—to have the opportunity to build bridges and to share this human life. My hope is that I will leave this world with a little bit more kindness than it had when I arrived.

I don’t have the answers I once thought I did, but as it turns out, there are plenty of people—people whose lives are invested in and dependent on sustainable solutions—who do. My job is not to tell them what to do; my job is to ask, “How can I help you achieve your goals?”

We have to recognize that the doors are not yet open for everyone.

There is no “us” or “them,” whether we’re talking about people from Africa, the Middle East, or from our own neighborhoods. We are all connected and united, regardless of where we live or what we look like.

What we do for each other, we do for ourselves. When we choose to act out of kindness, we not only create loving, meaningful connections, we can heal the wounds of others, and also the suffering within our own souls.

And when we are lost, there is nothing like discovering a sense of purpose to help us find our way home.