Get a Whiff of these Toxins: How to Limit Toxic Chemicals in our Lives. 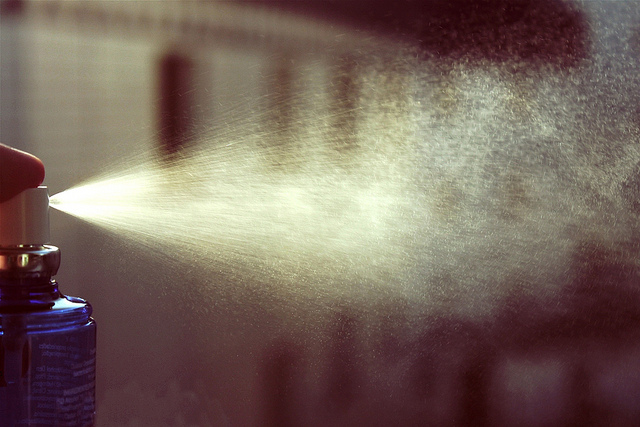 It all started with a pair of pajamas.

When filmmaker Jon Whelan gave some pj’s to his daughter for Christmas, a simple gift morphed into an almost three-year journey down a rabbit hole of unanswered questions. The pajamas reeked of chemicals, prompting Whelan to begin a lengthy and frustrating search for the source of the stench, and he opened an oversized can of worms in the process.

Not only did the pajamas he purchased contain a banned chemical fire retardant, but Whelan came to understand that any manufacturer can load its products with as many toxins as it wants, including known carcinogens, under the term “fragrance,” without being required to identify any of them.

STINK! is about the chemical industry’s aggressive efforts to conceal the thousands of potentially toxic ingredients contained in everyday products. Most Americans assume that their shampoos, detergents and other personal care products have been tested and proven safe. They are usually shocked to find that this assumption is wrong.

It wasn’t always this way.

Back in the mid-70s, well-meaning lawmakers tried to protect the consumer by introducing the Toxic Substances Control Act (TSCA). This act, passed by Congress in 1976 and administered by the EPA, regulates the introduction of new or already existing chemicals.

TSCA’s three main objectives are to assess and regulate new commercial chemicals before they enter the market; to regulate chemicals already existing in 1976 that posed an “unreasonable risk to health or to the environment,” for example PCBs, lead, mercury and radon; and to regulate these chemicals’ distribution and use.

Doctors, environmentalists and experts agree that the TSCA is broken and needs to be fixed. Contrary to what the name implies, TSCA does not separate chemicals into categories of toxic and non-toxic. Rather it prohibits the manufacture or importation of chemicals that are not already in the TSCA inventory, (or subject to one of many exemptions).

Chemicals listed on the TSCA inventory are referred to as “existing chemicals,” while chemicals not listed are referred to as new chemicals. Additionally, when TSCA was put into place, all “existing” chemicals were considered to be safe for use and subsequently grandfathered in. Currently there are more than 85,000 chemicals currently being used in products that we use every day in the US and less than 10 percent have ever been tested for safety.

Industrial chemicals do not have to be tested before they are put on the market. Under the law regulating chemicals, producers are only rarely required to provide the federal government with the information necessary to assess safety.

According to the New York Times:

“Currently this burden rests almost entirely on the federal government. Companies have to alert the Environmental Protection Agency before manufacturing or importing new chemicals. But then it is the E.P.A.’s job to review academic or industry data, or use computer modeling, to determine whether a new chemical poses risks. Companies are not required to provide any safety data when they notify the agency about a new chemical, and they rarely do it voluntarily, although the E.P.A. can later request data if it can show there is a potential risk. If the E.P.A. does not take steps to block the new chemical within 90 days or suspend review until a company provides any requested data, the chemical is by default given a green light.

The law puts federal authorities in a bind. ‘It’s the worst kind of Catch-22,’ said Dr. Richard Denison, senior scientist at the Environmental Defense Fund. ‘Under this law, the E.P.A. can’t even require testing to determine whether a risk exists without first showing a risk is likely.’

As a result, the overwhelming majority of chemicals in use today have never been independently tested for safety. Hazardous chemicals have become so ubiquitous that scientists now talk about babies being born pre-polluted, sometimes with hundreds of synthetic chemicals showing up in their blood.”

Since the US doesn’t exercise the precautionary principle common in many other countries, the responsibility of disclosure is in the hands of the manufacturer.

The principle implies that there is a social responsibility to protect the public from exposure to harm, when scientific investigation has found a plausible risk. These protections can be relaxed only if further scientific findings emerge that provide sound evidence that no harm will result.

In the EU, there have been more than 1,200 chemicals banned from general use in personal care products. In the US, just 11 chemicals have been banned. We have a shocking lack of regulation leaving the EPA with little power to enforce the TSCA.

In the US, personal care and clothing manufacturers get to choose if:

>> they want to put toxic fire retardant on your baby’s pajamas.

>> they want to disclose the potentially life-threatening allergens contained in their “proprietary formulas” including fragrances and flavors.

>> they want to share the ingredients in their perfume. They are likely hesitant to do so since you may notice it’s is likely the same ingredient in your toilet bowl cleaner.

When push comes to shove, the only person who is responsible for keeping you safe from toxins is you. It’s our responsibility to pay attention, educate ourselves, and make safer choices.

Here are five easy choices we can make to limit toxins in our life:

2. Make friends with the environmental working group‘s tools for assessing pesticide loads in foods. Their free Healthy Living app has a database of food, personal  and home care products rated by their risk in three categories; allergens, cancer risk and disruption of the endocrine system.

3. Make your own cleaning products (so simple) from baking soda, vinegar, lemon, water and essential oils.

4. Don’t use synthetic perfumes, and watch for hidden “fragrances” in natural and organic products.

I’ve been delighting in and learning from children for almost 20 years as a teacher, and former owner of Clementine Studio: Art Space for Children. I love to watch a chi… Read full bio